New victim for a charcoal gasifier, but this one is huge

I am challenged to build one for this baby…
Cummins, but not sure what cubic size, not yet…

Have spark ignition already, but a strange kind of air mixing they used.

Now its my turn to make it run… 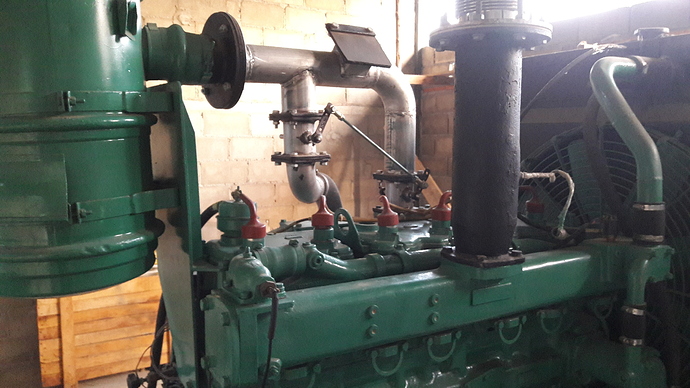 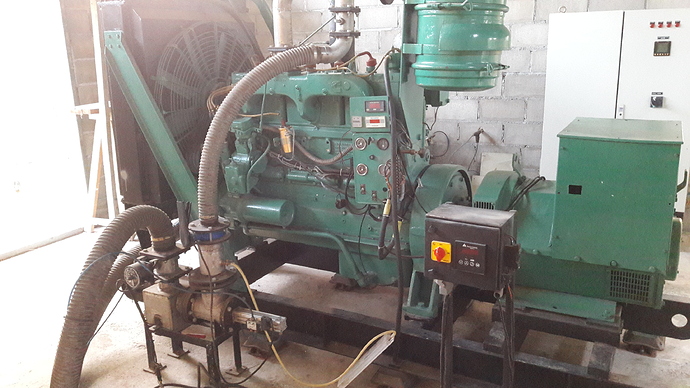 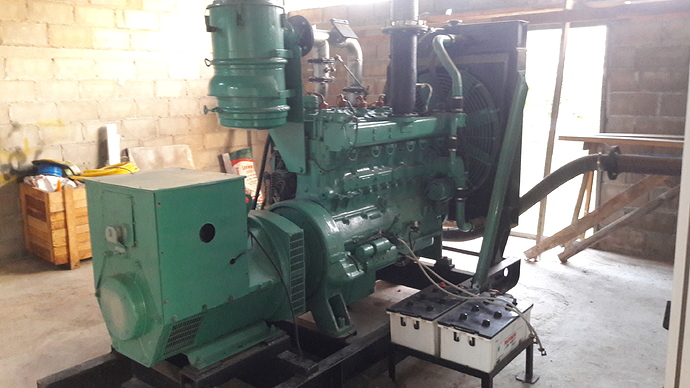 Hi Koen, That engine looks like a real challenge! I do not see a carburetor, only an air inlet from the air cleaner with a valve on each of the two air intakes, But it has spark ignition and you have the knowledge to figure it out, so keep us posted. It will only be a matter of time until it is humming on bamboo char!
Gary in PA

The strange setup those Indian people used; they throttle the gas twice, once on the bottom with 3 kinds of valves and a stepper motor, actuated by O2 senor on exhaust, and second the total mixture with the governor, the air flow from the filter only after the mixed gas.
The gas is constant blown, positive pressure after the gasifier, sucked out he gasifier with a “huge” blower.

[quote=“k_vanlooken, post:3, topic:2053”]
The gas is constant blown, positive pressure after the gasifier, sucked out he gasifier with a “huge” blower.
[/quote] So this is/was running on woodgas in India before you acquired it?

The whole set is new, from the foundation i am now, for teaching purposes, standing still for nearly 2 years. Here in Thailand.
I am allowed to play with it , to modify… 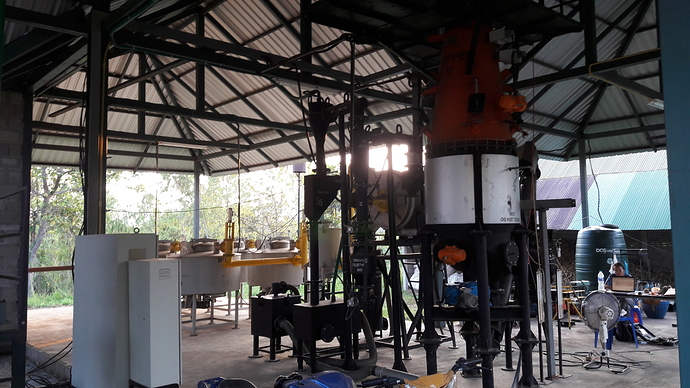 Everything that I recognise on the engine looks like a Cummins NTC 250, Small cam. 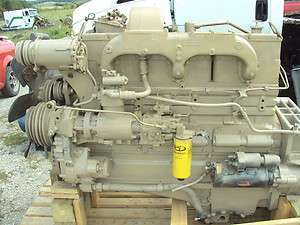 Normally 855 C.I.D. I’ve rebuilt a few of them. The above image looks to be a big-cam engine.

Thanks a million, will look for more details

Wow, this is a nice rig.