Not a good torch

So I needed a push-button self lighting torch, and I wanted one like Wayne’s. Of course being in a rush never helps. I bought the only kind they had, figuring one was as good as another. Mistake!

This torch is really made for soldering. It has no air inlet holes, and you can barely turn the knob before it will overpower the flame with raw gas. Turning it over to get into the gasifier it usually goes out or starts a huge liquid gas flare, if you’ve messed with these you know what I mean. Then when I went to bottom light the gasifier it kept going out on me, to the point of frustration and not being able to light it that way. I now use a regular torch for the underneath lighting, and save the pushbutton one for normal top down lighting.

Bottom line - don’t buy this torch! Buy this one instead (second pic). 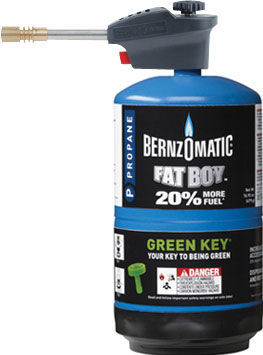 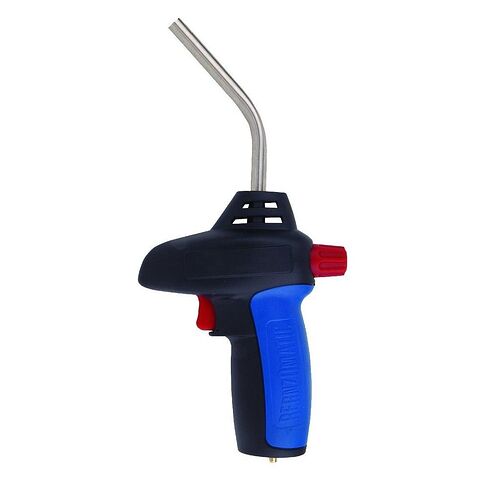 Hi Chris, For use on my torch I have a 8 ft adapter hose that connects a full sized propane tank to portable devices replacing the throw away bottles. Cheaper and I can solder upside down with no flame flooding.

David you can get an adapter that will fill the throw away bottles so they can be used over and over the two torches i have work fine upside down the first one is similar to the one Chris bought but is all metal, the second one has a large tip and is more meant for heat shrink tubing, but i think that one has an expansion chamber in it. it sputters a little when you turn it over then its fine.

The bernzomatic TS8000 is the coolest propane torch around. Not cheap, but I love mine for general fire starting, pest control, copper soldering, etc. No problems lighting out of position whatsoever. Haven’t tried the TS4000, but I’d imagine it’s just as high quality but with a smaller flame. Ace hardware sells what appears to be a perfect copy (probably made in the same factory) of the TS4000 for a bit less money. Just thought I’d throw out a review because I’m absolutely in love with mine.