They have more than 50 hrs of run time on them and then the gasser was left outside for a year and a half and I believe it had some small animals living in it at one point. I’m taking it apart, cleaning it up and gonna put it back into service. These nozzles are in excellent shape, can’t say that for the thin stainless cone that was under them. I’m replacing the lower end with our current hearth design. Luckily TerryL made it so it could be changed out. 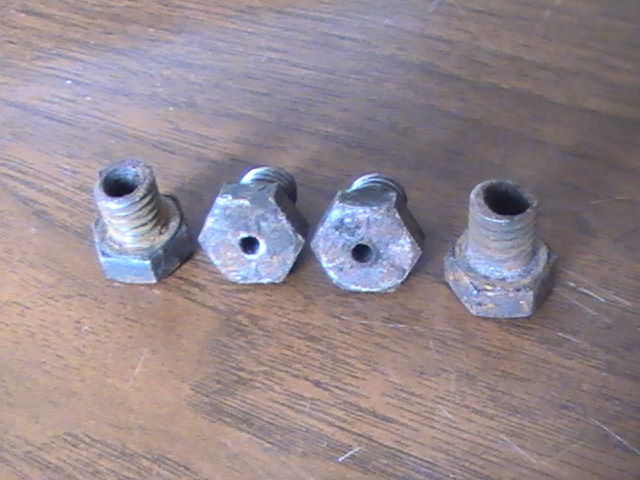 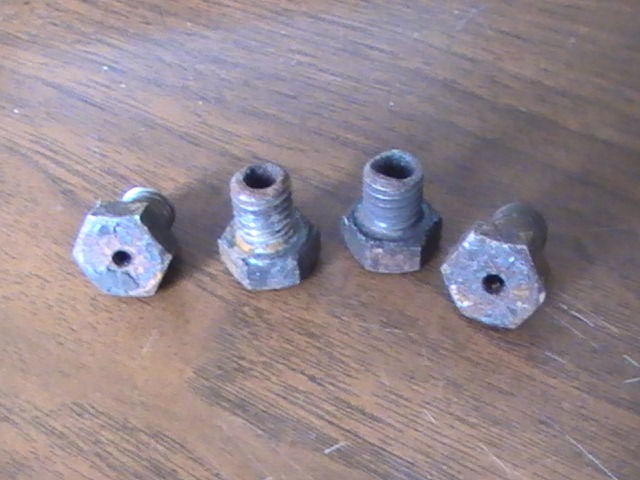 here is what they started out as What happened to the stainless steel?

Hey Arvid; Hope all’s been well. Were the nozzles/bolts stainless and like Gary, I am curious what happened to the s.s. cone? Dan

well, it was very thin… stainless bread pan thin… it got ate away from the lower nozzle blasting on it… the ceramic insulation under it kept the heat right on it so ya can’t blame it… it was more an experiment with a cone in the hearth of a victoria idea… something that Stephen is now playing with even, he’s using cast-able materials for it.

i’m not sure about the bolts being stainless… can’t remember to be honest. they did clean right up and looked pretty much as good as the day they were put in there. made sure to use lots of copper anti seize on them.

the cone… or what’s left of it… I wasn’t the most gentle taking it out. There is lots of different types of stainless steel with different melting temperatures and corrosion resistance. http://en.wikipedia.org/wiki/Stainless_steel

yes there sure are… this was more an exercise in obtainium materials to see what a cone would do down there… and it did work ok, you can see that the top cut out for the lower nozzle was aimed directly at the burned out area… don’'t think anything metal could have stood up to that blow torch.