Anyone heard about these devices that clean your oil constantly by centrifugal force?

Seems like just the thing for cleaning up our sooty engines… Plus the oil should last longer than stock.

I found one place selling them for $135.99: http://pabiodieselsupply.com/shop/wvo-centrifuge-55gph/

55 GPH should mean all the oil gets filtered once per minute. 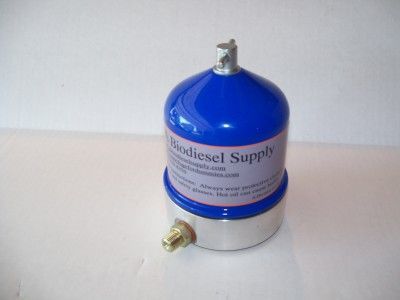 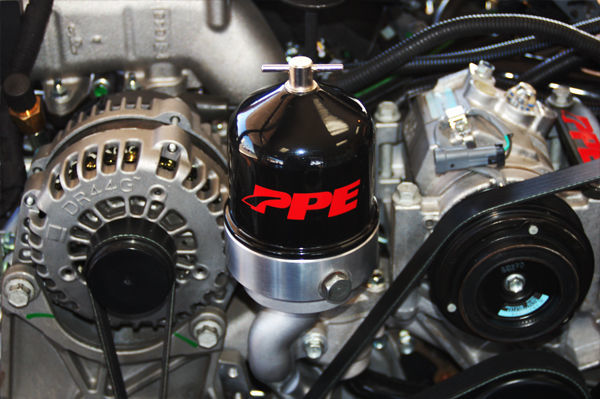 very interesting. but if it is designed to clean a liquid, how does that then apply to cleaning soot from woodgas?

I burn waste oil to heat my shop and I have seen stationary units that turn a bowl shaped spinner with an electric motor. I wonder what the turbine is powered with, just oil pressure?
I kept my old Frantz oil filter that I had back in the sixties which was a partial flow filter that uses a roll of single ply toilet paper as the filter element. The recommendation was to change the roll every 1000 miles and add one replacement quart of oil and never change oil other than that. I used it for 65000 miles until I took it off when I sold the car and the oil was as clean as honey.
Don M

Two ways I can think of; first off we are cleaning soot out of the engine already, it’s called motor oil. It is designed to catch soot and other contaminants. That oil gets black pretty quick from the soot, and we could prolong the oil’s useful life significantly, plus end up with a healthier engine from always running clean oil.

Also, I am aware that some efforts have been made with oil bath filters to catch soot before it goes to the engine. If I recall, they gave up because the oil got sludgy and blocked the gas flow. Here again the centrifuge might clean out the oil bath and then very little soot would even get into the motor. You would need a separate pump to run the oil bath, but the engine mounted unit runs on oil pressure.

Here’s some test data for you on a V8 Duramax diesel - “The oil went to 37,000 where it needed to be changed - only because of contamination by fuel caused during the changing of an injector.” http://www.dieselcraft.com/Media/OC25_TestData.pdf

Now that’s neat! For the price of 65 rolls of TP and qts of oil… Would like to see an oil analysis after all that.

The centrifuge has little opposing jets to make it spin. The clean oil comes out of the jets and settles in the sump where it gets returned to the engine.

Cleanup is apparently a cinch - take off the top and wipe it out. All the crud is in there and wipes right off. Reassemble, done - no filters, no new oil.

I may look into one of these! I’m wondering how early in the system/flow of gas from the gassifier one could incorporate such an oil bath…to help remove crud from the entire system of filter, cooler, etc.

I would consider an oilbath to be the last filter, as it will do the best job and be the hardest to keep clean. Let the other filters do 90% of the work, lighten the load on the oilbath and the centrifuge. Otherwise you might end up cleaning it out every 200 miles.

HEY CHRIS, THANK YOU FOR THIS POST. THIS 55 GAL PER HR. CENTERFUGE MAY BE A GREAT THING TO ADD TO A FINAL LIQUID BATH FILTER ???. DAVID-O

HEY GASSERS, DOES ANYONE REMEMBER THAT IN THE MOTHER EARTH NEWS, THERE WAS AN ARTICLE ABOUT HOW TO ADAPT THE POWER STEERING PUMP, SO THAT IT WOULD OPERATE A DUMP TRUCK HYDRAULIC CYLINDER ??? CAN IT ALSO BE USED TO OPERATE AN OIL BATH FILTER ON A WOOD GAS CLEANING SYSTEM ??? I THINK I MAY TRY IT OUT IF I CAN GET SOME ADDITIONAL INFO ON HOW TO ADAPT THE POWER STEERING PUMP ??? PS. I GOOGLED THE ARTICLE HERE IT IS, www.motherearthnews.com then punch in ( LEROY’S HYDRAULIC )

Sounds like a possibility. The centrifuges I was looking at are 55GPH @ 90PSI. I don’t know what the PS pump is capable of.

Hey DaveO
Any photos of your friends oilbath air cleaner adapted to woodgas cleaning? Say after about 100-300 hours of operation? By then it should have had to handle a few gallons of condensate drop out from the metal housings cooling the gas and a couple of pounds of soot accumulated. These are problems most trying these for woodgas filtering have ran into in the last 30 years.
Serviced a couple of thousands of these oil baths in my life time. They really, really hate to have water get inside of them. Why properly installed they have such big rain caps. Water inside and It bubbling agitates with the oil and emulsifies into a gooey slime that then sucks up and clogs gasses flow in the updraft section of shredded metal drain down element. Needs lots of solvent through an air pressure nozzle or a pressure steam cleaner to clean the sticky goo mess out. Also these filters only work well with a non-detergent oil to allow the captured solids to settle out. And they are only designed to hold a cup full or so of solids captured settled out or held in the oil.
Normal servicing requires ~2 1/2 to 5 US quartes of clean motor oil per clean out. Not bad back in their 15-30 cents a quart oil days. Todays motor oil prices at $3.00 US a quart kinnda of expensive to service and maintain.
All of these problems why in the 70’s most all truck and equipment manufactures switched over to Donaldson style dry treated paper elements. Shake, reverse air blow, then drop light/flashlight check for tears, and back in and go. Ha! Ha! Just like your shop vac filter these are destroyed by mud cake clogging with any substantial moisture.

Still like to see the 100+ hours in use pictures successfully using an oil bath with woodgas. Two weeks driving usage on your truck, you figure?

PS: Yes ChrisKY I know you were talking about cleaning the engine lubricating oil, or uncondensate destoyed oilbath cleaner capture oil - not the gas fuel flow.
Ever seen, or heard of Arco Graphite oil from back in the 70’s?

Don - My grandpa used to use the filter you are speaking of and he liked it. I use the TP filter on my air compressor. It filters and also gets the all the moisture out of my lines. I would never paint a car without one.

I also have an oil bath filter laying around from an old truck; I have never seen one in operation and don’t even know where to put the oil.

Steve, so would it be possible to use just plain ol water in something like this and use a water pump to drive it. If lubricating the unit is critical I wonder if I could build something with the same concept that would not require the internal parts to be lubed?

Also, I wonder if one could use this same concept and incorperate it into there cyclone.

most power steering pumps have a internal pressure relief set at about 1300 to 1500 psi and are rated at 3 to 4 gpm at these pressures …i have seen oil centrafuges powered by a PS pump with a 1/2" normal plumbing water 90psi PRV to bypass excess oil back to sump.

HEY STEVE, I AM HOPING TO TRY TO EXPERIMENT WITH THIS IDEA OF CHRIS,S WITH THE CENTERFUGE, AND POWER IT WITH THE POWER STEERING PUMP AND FLUID, IT IT WORKS I WILL POST PHOTO,S

HEY , I THINK CLEANING THE GAS WITH AN WATER BATH IS A BAD IDEA, IT WILL ADD MOISTURE TO THE GAS AND FREEZE IN COLD WEATHER, DAVID-O

Hey DaveO thanks for the feedback. I never thought of using diesel or another light oil like stove oil in one of these type of air cleaners. Now that I can see as working.

These oil bath air cleaners have no internal moving parts so need no outside power input other than the IC engine sucked through moving air or in this case gas fuel stream. Any one interested I am sure they can Google up a functional drawing and explanation.
I could drive within a 10 mile radius of the house here and buy 5-6 of these off of parked logging equipment for the price of steel scrap.

MattR good idea. Others have, and are, using pumped water and condensate spray washing gas cleaning systems successfully. But as DaveO has reported his friend tried these oilbath designed air cleaners with plain water as a no-go. These have a very shallow low volume liquid cup area I am sure the gas steam just bubbled and agitated through without enough surface contact time. Also the only thing in some of these I’ve seen that was corrosion proof SS was may be the shredded metal gravity drain back filter. I think using one of these without some type of oil and the acidic woodgas condensate would corrode eat up the plain steel metal housings and pan cup in no time.