Talk about what happens inside a gasifier when there is an air leak on the hot gas side of the reactor has me thinking, AKA “cutting torch effect”: Has anyone actually tried to make an Oxy-Woodgas cutting torch?

As I see it, you’d need some sort of high-pressure/-vaccuum but comparitively low volume blower that can be in the woodgas flow. One could get a truck gasifier up to temp, take a 2" flex hose from a port on the top of the hay-filter (like Wayne did for the Auburn U. trials) and have the blower blowing highish-pressure woodgas into a small propane tank or similar pressurized storage tank. From there, just add a nipple that fits a standard Oxy-Acetylene cutting torch tube and supply pressurized oxygen to the oxy tube.

It’d be interesting to see what kind of temps one could get out of it compared to a standard Oxy-Acetylene torch.

Brian, You and me better stick together. I had wondered about that as well. I just don’t know if it will work, but why not try it. Since wood gas is not a very dense fuel, I think you would have to have a fairly large tip and use rather more volume of wg than acetylene. I know they make a special torch tip for burning propane and oxygen. it is more open/ larger orifices. probably would work better with woodgas. I have used propane. it cuts differently than acetylene. Don’t know what kind of cutting you would get from woodgas. I think it should be tried.

IF I HAD a small gasifier, I would set it up for wood gas , I think the propane tip would be good, may need little extra filtering and drying, should work as good or better than those water torches,and a lot less electric bill.[ KEEP US POSTED.]

I’ve thought about this a few times, and it seems to me that if you used one of those old fashioned diaphragm air compressors to draw the system, you could build up the 10 psi or so of gas pressure normally used on the torch.

sounds good too me. Just wondering who’s got the money and the time.

My thought on this all along was no storage tank but a small compressor to build about 10 psi in the hoses. that’s all the pressure you need for the torch. Perhaps just a pop off pressure relief to keep the pressure regulated. I’m picturing one of those old compressors from the 50’s that were used for a paint sprayer.

here is a concept for you. If you could create a diaphragm pump that used compressed air as its operating input you could use the exhaust air for the torche. This might pulse so both gases may need some type of accumulator tank for smooth delivery. 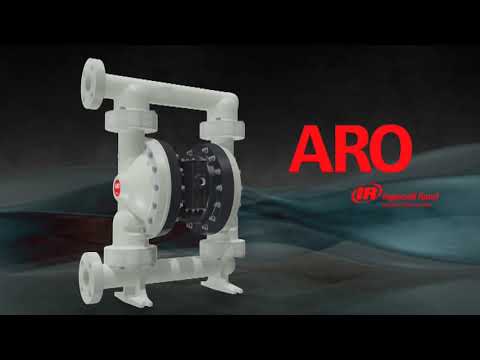 That makes sence matt r
Small burn tube probbly wood pellot fed, fuel on demand torch.we would still need the oxegen too raist the temp,and for blowing the metal away, if the fuel aint any hoter than propane, it would need more oxegen too get the job done. I had’ent thought of that earlyer or i might not have thought of the wood torch any way,oxegen aint cheap at 40 bucks big bottle.

I have to be careful with my punctuation, i got a lot errors when i try to post
The temperatures you could achieve are at the 1900°C marker, depending however how much your gas is diluted with inert matter that eats away your energy in diluting your gas
With oxy acetylene you hit the 3100°marker, with HHO the 2900°C

Using it as torch with oxygen, it can be done , but is it worth it ? do you get the needed heat?

Sounds like it could be worth the time , too build a torch set up, gas on demand mini burn tube, would be plenty of fuel.Gota get back too my truck set up for now,restarting this week.Thanks best regaurds/happy camping.

This business of an Oxy-Wodgas torch makes me wonder if truck exhaust could be used as a shielding gas so that I could run solid steel wire through my flux core welder. Maybe baking soda and vinegar to produce pure CO2 would be cheaper than flux core.

There is a white paper out there that uses some sort of converter or deverter to seperate what cooms out the exoust pipe for mig welding, allthough it may have been an emergincy aperatis,of limited quality sheilding. For 30 $ i can get the big standard tank filled at a welding gas co. with C02. have too check around for welding gas co.'s. I know some of the welding outfits are out for gold.