Has anyone heard of paulownia trees?

I received some this morning that I have chucked up and will dry and test in the trucks.

I will be sharing my thoughts on the wood as motor fuel at the American Paulownia Association conference next month. That is a new one to me Wayne. Here is what Wikapedia says about them

“Paulownia is extremely fast growing; up to 20 feet in one year when young. Some species of plantation Paulownia can be harvested for saw timber in as little as five years. Once the trees are harvested, they regenerate from their existing root systems, earning them the name of the “Phoenix tree.” Paulownia has the ability to reclaim ecologically stressed and degenerate patches of land relatively quickly.”

It reminds me of the hybrid popular trees that were promoted in the 70’s by Mother Earth News as the answer to firewood production. They claimed you could heat your house with a one acre plot, harvesting 1/4 acre per year and after 4 years they grew back to be able to harvest again. I tried a plot back then and it did work, but it was light weight wood, we used to call it gopher wood - put one armload in the stove and go fer another!

I have heard of them. I have a friend who bought some property in the Central part of our state that had several of these trees on them. The company that had planted them did make it. I’m not sure if he still has any of the trees growing or not. That was their claim about growth, etc. Don’t know any factual info on them. Just seen them and heard of the species.

I drove with PAULOWNIA wood today.

As for power it seems to do as good as pine, oak and hickory. It is much lighter than the wood I have been using. The small plastic bags that I keep wood in weighs 14-15 pounds with oak, 11-12 pounds with pine. The paulownia weighed about 9 pounds per sack.

This wood dries faster than any I have used.

Below is a short video clip of me testing 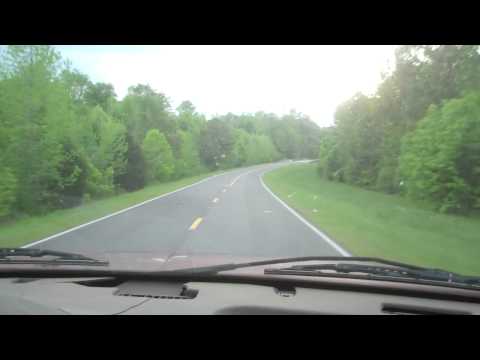 Seems like a good choice for a coppice crop. I’ve tried that with poplar and it does grow back from the stump. Hasn’t been long enough to re-harvest yet. Nowhere near the growth speeds you get down south of course. People here turn their noses up on softwood for heating giving it no value but wood is wood to me. Chunking something small that grows fast and dries quickly sounds good. Not an issue for you I guess but maybe for us poor souls without a sawmill and lots of young woods

The charcoal is prized for pyrotechnics and the leaves which get as big a dinner plates are used for cattle feed and even will keep like hay. I am so glad some one is testing this wood, I have been dreaming of trying it for four years now. Does it last as long as pine or oak? What I studied agreed with the gopher wood hypothesis. Is it as brittle as what I have read? Thanks.

I drove a couple hundred miles today on Paulownia wood and spoke to the American Paulownia assoc. I couldn’t tell any difference in performance than any other wood I have used , including pine, oak and hickory. Just about all the trip was on the interstate hyway and the truck ran at ease 65-75 on the level. I ran it up to 85 once and was still pulling but I am getting too old for that type of driving.

The paulownia was very easy to chunk and dried faster than any I have used.

The members seem to be very interested in gasification. I drove the dakota into town this morning , still running on paulownia . I entered the interstate highway at ramp speed and going up hill was able to reach 65 mph and gaining.

Very light wood but seems to be no shortage of power.