Interesting video from the Huffington Post, showing a GEK gasifier installation in Liberia. 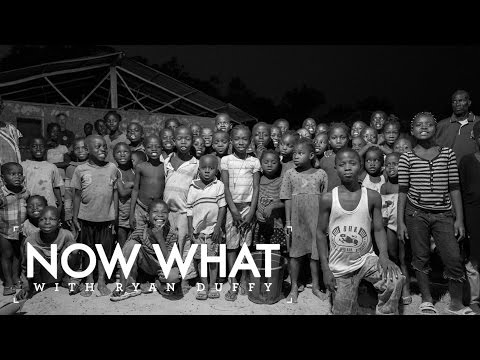 The guy dancing at the end is what I look like when I dance.

I bet there is no dancing when it comes time to process fuel to thumb size.

I’m sure they supply them with a electric chipper and show them how to run it and dry the wood. Shoot they probably know more about how to use wood than we do. Making charcoal is second hand to them for cooking.
Bob

The DR Chippers do a good job, We are looking at purchasing the new Harbor Freight chipper as soon as funds become available.

Well considering the cost of buying the Power Pallet, I am sure this village has the were with all to obtain a continuous supply of rubber wood and a chipper to process it. It is probably an electric powered chipper since dino fuel is hard to get. And besides, the power pallet makes “free electricity” so it may as well be used to run the chipper too. The houses are all wired with a light and outlet Then they can work longer at night to be more productive to make more money. Yes, these folks have been living without electricity for centuries and now they have it. Who wouldn’t be dancing in the streets. Hope they realize the real cost of fueling, maintaining, running and replacing parts as they wear out. Whoops, maybe that will lend itself to another type of dance?
OK, sarcastic in PA

And no one in that video noticed the cruel irony… The industrialization that the power pallet represents will eventually bring an end to the beautiful dancing and singing.

Not to get off topic here, but I highly recommend the book “Henry and the Great Society”. The “good things in life” have a devastating social cost…

The industrialization that the power pallet represents will eventually bring an end to the beautiful dancing and singing.

Thank you Chris! Bang on!

The guy dancing at the end is what I look like when I dance.

Maybe at Argos this spring you can show your DOW dance

Glad it was not just me that thought the scale and technology was so totally wrong for the situation. I think everyone deserves the benefit of light so more power to them… pardon the pun.

Really READ and absorb the conclusions to the FOA72 report and the World bank technical paper 296.
ONLY systems built with local/regional Tech: AND a local personal level development involvement gets long term used.
It is just too expensive and far away for the replacement 1st world parts.
At least this village was supplied with three systems. One by one they can be cannibalized to keep at least one up and running when the “Bank”, “Grant”, “Love” money dries up that put this high-tech dependency in place.
Steve Unruh

@SteveUnruh @Chris So, are you guys saying that they shouldn’t have taken those over there? Maybe the money could have been better used to send a few teachers/builders to teach the natives how to build their own systems out of local materials, and built to use the local resources? Or should anything have been done at all?

Not saying that. Just pointing out the law of unintended consequences.

Sure, now they can charge their cell phones. They can play X-box games. They can stay up all night with artificial lights. They can buy electric appliances on the easy-payment plan. Think of the labor savings!

Maybe they can even build an industrial economy, get jobs, and work at a factory. Isn’t progress great!

What should have been done? How do we help poor people? It’s a complex problem, and worth a lot of thought. I have no pat answers.

But I can tell you that throwing money at social issues is just as likely to cause problems as it is to solve them. And “progress” is usually the devil’s bargain.

Robert they did something so I can’t really give them a hard time about it as I sit comfy and warm… If I was choosing I would say they would have been far better off spending the money on how the micro credit bank in India does it which is 20 watt solar panels, long life deep cycle, single light bulb maybe USB charger. Instead of a large community system you have several hundred distributed systems directly loved and maintained by the people who rely on them. Removed and centralized as it is who figures out who runs it, maintains it, pays for parts and labour… My opinion of course.
David Baillie

Thanks Chris, not criticizing any point of view here just asking questions so I can better understand your point of view.

OK dog with a bone here can’t let it go… in the video they show: a woman cooking on a 3 rock stove, several men running Chinese generators and at least one metal working workshop… 200 tlud stoves, mountains of charcoal, simplefire gasifiers to run the existing gennies. Two for one : more efficient cooking, electricity same fuel, they build it themselves build their way to a better life…

Historians somehow calculated stone age people put in an avarage of 3 hours a day (21h/week) of work for food, heat and shelter. We spend 40-60 h/week working plus several working at home to manage.
Makes me wonder if I should get rid of some pricey “time/labour-saving” equipment to save some time/labour

The part of that story that caught my attention was where " they could now plug their cellphones into recharge" Hell, I live a pretty luxurious life ( indoor plumbing, central heat etc ) and I have never felt I needed the expense of a cellphone.TomC

Steve you have it nailed. This is how we have been approached (too many times to count now). They want to distribute our machines, but they also want to build them there to save on shipping. Then they would pay us royalties; went down this road already with two entities and paying us royalties??? Yeah maybe for 6 months until they figure it out lol. Were not interested, and they dont seem to get all the complexities involved in building our systems and the massive engineering efforts involved. We are now four years into it and just now getting manufacturing processes down. They would be better off just building their own simpler unit.

I think this is what they want and realize, Many of these places already have been industrialized and it all fell apart. They do not want to live in the current situation they are in.

Developing a power grid for these places and underdeveloped areas of the world, is in motion and will not be reversed. We already know we will be apart of this along with our competitors and other technologies currently in development. Soon there will be standardization we will all need to meet so our systems can play nice with each other. Very large investors are driving this, Google, GE, and many others.

I used to say " If I can’t get away from people in my truck, where the hell can I get away from them?" well working in construction, I spend all day every day someplace without a phone. It got to be a pain to either hang around home until “business hours” or leave the job and find a phone booth any time I needed to take care of anything. So I finally gave in and got a cell phone. I’ll go days at a time without using it though. And since there is no point in paying for two phones, it’s all I have now.