From the TV series Combat 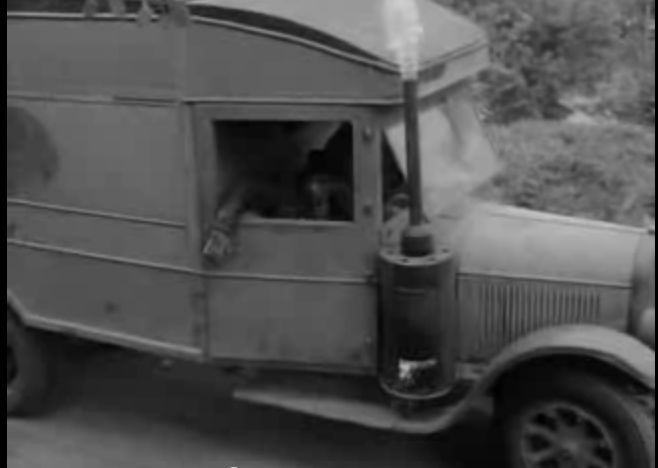 Looks like a muffler or maybe a wood stove just to warm up the behind. Can you post another picture that is panned out a bit so so we can see the entire truck ? Could be a charcoal or coal or peat unit ?? The North Koreans run coal powered trucks. 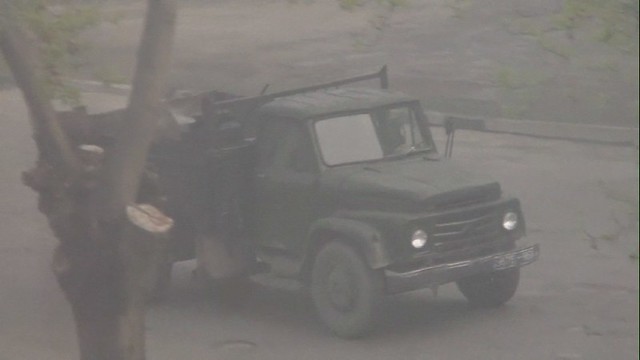 is a link to a flick. I hope the link is still good

I’m afraid us “Krauts” did not get off lightly in this series, did we?

Sam you are correct.
My Unruh named Grandfather had to fistfight his way through life and his sign up into the US Army here for the first twenty years of his life as a “Kaiser” or a “Kraut” in the late 1920’s and thru the 1930’s. 1940’s here as a ship welder he was then called a “Nazi” and still a “Kraut”. As an American Army Phillipine Occupier he’d learned to laugh at the Kraut title but the Nazi tag was just too much. He needed the job to pay for the farm and loved America, born here, so he put on the pro-westlers mask and proved he could take any comers who would call him a Nazi. My Pranger family named I think just claimed they were Swiss.
The Japaneese/Americans though here in the West US had it much worse - forced consentration camps for whole families with forferture of businesss, homes and farms. Hard to hide the skin, hair and eyes. Eastern Oregon and Northeren California deserts I walked through some of the remaining camps so no lies about this.
Only because we won and get to write our own histories do we “forget” this stuff.
We “Ami’s” after all have killed more peoples in 51 years of near continious bombing that all other bombers combined. Never actually wins any war - tactical sucesses yes, but really pisses them off to fight harder and longer. Dah!! Sure looks good in the pictures and on the Stats reports though. Wins promotions for the officers. Keeps the industries humming and the profiteers earning.
“Want to simulate your ecomomy? Start a Good war!” Not Adoph I am quoted saying that. Last said by G.W. Bush. Previous, T.R. Roosevelt. Guy with his face on the mountain.
We are what we are man. That mirror stares back real hard if you really care enough to actually look deep into it. Only in this do I think we Americans do look closer then others. Takes a genration or so for the bloods to fade. “Combat” was too soon for this.

Why personal use woodgas is so important. Like Mike LaRosa signs his stuff - “No More Blood for Oil”. We need to give that one back to the British, French, Dutch and sorry to say the Germans and the Japaneese.
China will be the next to get to carry that desparate lable I think.

I wish these were only just my opnions and not actual verifiable histories.
Steve Unruh

Real or fake depends on what you think it is verses what it really is. I see it as a stove placed on the running boards. There is a fire in it as seen by the glow in the door and the smoke plume exiting the stove pipe. No clue what its purpose is. However, if you think it is a wood gasifier running the truck engine, I have to say “no way.” You don’t get smoke coming from a wood gasifier under load. But, it loooks good in a movie!
Gary in PA