Between riding in a Keith truck and a Mike LaRosa truck, which both had a decent acceleration, I heard how there is a wind up/ wind down time period. How does a woodgas vehicle make a left hand turn onto a 45 mph road with moderate to busy traffic flow? Power brake or go back to the dreaded fuel? 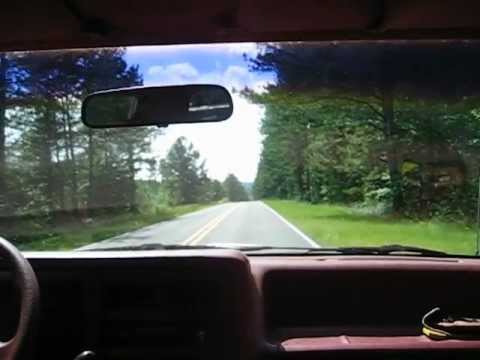 The safest way is to brake while holding the power up.

I always rev up a few times as I approach a stand still but on the truck I can step on the clutch to do this. With the car I have to downshift the automatic and double pedal it. I rarely am in traffic so if it is a tricky situation I will generally switch back to the liquid and switch right back once moving … My timing control on the truck gets a workout. The car does this all itself. Next drive I’ll have the diagnostic tool hooked up to read the timing. revving it up stokes the fire a bit and it will continue to push gas forward when the draw isn’t quite there …

With My Ranger, I have enough reserve gas to wind out 2nd gear. This gives the gasifier a few seconds head start before using the gas on the fly. Still, after a long idle, there is a noticeable lag in power.
I like the better fuel mileage and control of a stick. The benefit of an automatic on woodgas would be:
1= There is more drag on the engine at an idle so the producer is working a little harder at an idle.
2= Power braking (actually the same as 1)

Terry
p.s. Doug, I’m sorry I didn’t get around to giving you a ride, next time my friend.