I was wondering what size gasifier would u need to run something like a 250kw generator if possible and also what would your wood consumption be should u run it at full capacity?

IMHO. I think multiple units may be the way to go. Using my intended system, 10x, you would need a 50L engine

I have seen people make a 100kw unit…my thinking was if u have a 250kw alternator in theory u would need a 500hp gasoline engine to run it so in theory u would need a 750 HP since u can’t take off about 25 to 30% of the power…so if u keep that engine fed with wood it would work or whats ur take?I know Im a dreamer but this is the U S of A baby…dreams happen here

Maybe some others will chime in. I think for wood gas you need to figure liters into the equation. Because hp is rated at high rpms, which would wear an engine very quickly keeping the rpms constantly.

I have built large systems and this experience is why I have tailored my product line the way it is. For this large of system, it would be best to team multiple systems together. Now your eggs are no longer in one basket, this will make servicing possible with out need for shut down. All gasifier systems will need daily servicing. You will need to bulk fuel this machine; then multiple machines make this easier as every machine adds its own fuel capacity. You also then have power on demand and can shut down machines that are not needed to sustain operations.

However 250 kW is a massive machine and would require a very big system, this would include a specialized facility with a full time crew working around the clock. Your looking at a multi million dollar project here.

https://youtu.be/10wdqjT3w9Q here’s a great link for what u are talking about…I’d like to pick ur brain on this

As a general rule we expect 1 kg of 20% moisture content biomass to produce 1kw of electrical output in a well designed and operated system.

A biomass gasification system large enough to fuel a 250kw generator can be built for about $30,000 USD. However, if full automation is desired it would push the price to about $300,000. The automated system would require someone to fill the fuel hopper once or twice per day and someone to grease the bearings on the loading conveyor occasionally. Other than that it can operate unassisted barring a system failure causing the automation to shut it down. 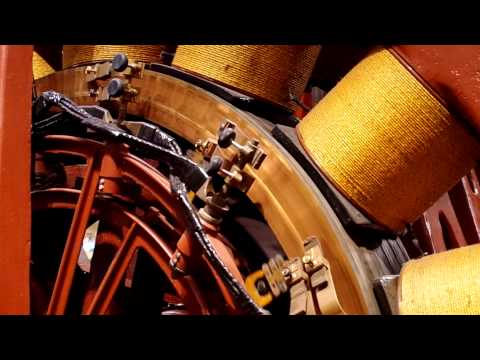 I don’t think the gasifier itself will be the issue…I think the engine to run it is going to be hard to find or do u have a engine that u would recommend?what about converting a diesel engine to ignite with spark?

Im talking about the entire facility, fuel processing equipment, the generator the entire thing. No way your doing this for under a million dollars. More like 10 million and thats being very optimistic.

You need on the fly fuel processing to feed this thing. This is breaking all your raw feed stock down to usable fuel then drying it fast enough to keep up with this beast. Your talking multiple front end loaders and massive material handling infrastructure to achieve this. This thing is going to eat 500 to 750 lbs of fuel pr hour, Thats nearly 9 tons of fuel pr day. 9 Tons!! lol

$30k for gasifier to run a massive Cat? Maybe if you are building it yourself, but I highly doubt any manufacture will touch this for less than $300 k and doubt you would get a very good system at that cost. Ive been building machinery professionally and commercially for over 20 years. Custom machinery is not cheap. $30 k barely covers the cost of a 25 kW gasifier.

Matt, I mentioned the bare bones cost of producing a gasifier. It assumed no labor cost, only materials. A DIY project.
I build a 300kW fully automated gasification system which sells for $800,000. It requires someone to load the fuel hopper and someone to grease fittings. It can be remotely monitored and remotely controlled. It is designed to operate autonomously.
The fuel hopper uses waste heat to dry the incoming fuel although some pre-drying is necessary to achieve 20% MC. The preferred fuel is 2.5" chunks of wood.
Typically the unit is used to supplement the diesel fuel going to a generator. The syn gas can replace 40-90% of the diesel otherwise used. The rate is a broad band because engines differ in the way they accept the syn gas.

Ok that make a ton more sense. Yeah I was going to say that would hardly cover cost for the steel!!

Can you elaborate more on how you supplemented diesel with wg. I’ve been thinking of this for a 5.9 Cummins. Like through the turbo or after it.

73334 Tower Rd
Boardman, OR 97818
United States
Morrow County
Latitude: 45.69318
Longitude: -119.80882
Year Opened: 1980
Water Source: Carty Reservoir
2012: This is only remaining coal power plant in Oregon. They’re considering converting some of their capacity to burn any of 13 types of crops after using an incinerator-like technology (pyrolysis or torrefaction) to convert them to a charcoal-like form

PGE hopes to avoid paying $500 million in retrofit upgrades by closing in 2020 instead of 2040. Regulators assert that PGE must pay for the upgrades in order for the plant to be in compliance with air quality rules.
Corson said the company then considered torrefaction as a final option before closing the plant for good. Similar to roasting coffee, torrefaction chars woody biomass to a level similar to charcoal. This torrefied wood can then be used as an energy-dense fuel with a much smaller carbon footprint than coal.
Torrefied wood “certainly could be a viable fuel” at a plant like Boardman, said Matt Krumenauer, vice president of the U.S. Endowment for Forestry and Communities.

According to Krumenauer, torrefaction has benefits beyond the bottom line. It finds use for low-value wood, which in turn supports local timber jobs and can help make rural Oregon safer. Krumenauer, who is also the CEO of Restoration Fuels, said torrefaction can lead to a “reduction in wildfire smoke, reduction of overall wildfires.”

Currently, Restoration Fuels is focused on exporting torrefied biomass to factories in Europe and Asia. But the long-term goal is to create a local market for biomass and the power it can create. Krumenauer and Restoration Fuels are currently building the first North American commercial scale facility in John Day, set to open this summer.

Due to high transportation costs, however, it can be expensive to implement torrefaction in less-wooded terrain. Just driving the biomass three hours from the dry pine forests of John Day to the sage desert of Boardman would cost about $300 per load — and that doesn’t include the costs of cutting, loading or chipping the lumber.

Because of that, “you’re at a loss for every single ton of biomass you use,” said Krumenauer.
That proved a fatal blow to the transformation of the Boardman plant. It would simply cost too much to transport tons of torrefied biomass to be worthwhile. Torrefaction was axed from consideration, and with it any hope that the plant would remain in operation.

“That story is over,” said Corson. “We will decommission it.” 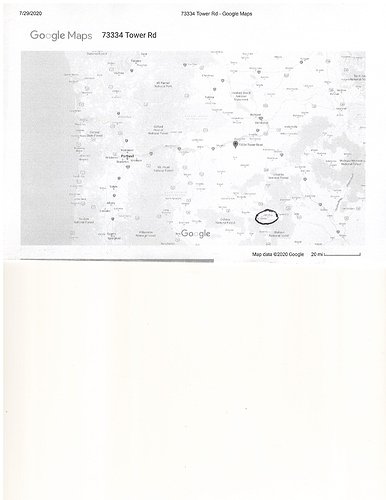 Sounds like they need a Tesla Semi. Charge the Tesla with the power, Semi goes gets fuel brings it to the power plant. Tesla Recharges and repeat!!! lol

Al, the idea is to get the syn gas into the cylinders via the air injection system. Two motors built on the same assembly line on the same day can react differently as to how they adapt to syn gas. For this reason you must experiment with each engine to determine the proper volume and method of incorporating the syn gas with the air flow.