Steve,
No I cannot find that video. I looked all around.

Hey, it never has occurred to me to mention that there is a huge difference in power consumption in computers in the last 10 years.
I used to have to have 600 watts available for the laptop. Now, I have a phone that plays an audiobook while I write this, all for 10watts. My Raspberry Pi 3 with LCD screen uses 7 watts. 25watts for the RPi3 and a 12v LCD TV screen.
I used to pay $50/ month for a pitiful 15gigabits…now we have a $40/month unlimited data plan, with a phone that hasn’t shut off in 6 months. I think things are a lot better.

WHAT? Who are you sleeping with? You live as far north in Michigan as you can get and get unlimited data for $40 a month? The best we can get here is a Verizon hot spot and we have been paying $85 a month for 15 gigs of WI-fi and supposedly unlimited on the piece of crap Verizon tablet we had to pay $300 bucks for, but that unlimited slows way down if you overuse it. We have explored every option. Hughesnet. Have not found one actual user that would recommend it. I think they stopped the fiber optics about a mile down the county road from us but we could never get it back here anyway. 25 years ago we paid 15 grand to have power ran to the house. Please, for the love of God, reveal the secret to your $40 a month unlimited.

Please, for the love of God, reveal the secret to your $40 a month unlimited.

Tom, keep an eye on Starlink. They’re still a bit north of you still but should be available far enough south in the next year or so.

@BillSchiller I think you’re in their service area. Something to look into.

SpaceX is developing a low latency, broadband internet system to meet the needs of consumers across the globe. Enabled by a constellation of low Earth orbit satellites, Starlink will provide fast, reliable internet to populations with little or no...

Thank you Chris.
Currently we have Viasat. How will I know if the speeds are as good before I sign up with Starlink if they service our area?

Thanks Chris. I’ll check that out. We have been using Verizon for about a dozen years now. I’m sure I would be breaking some site language protocol if I were to express how I feel about them.

I know I don’t really post stuff very much, but I thought I’d chime in about the internet stuff.

If you have a neighbor within a few miles that has good internet and you can see his house or almost see his house (a few trees) you can use wireless links, such as ones made by Ubiquiti. Then just pay all or part of his internet for him.

In recent years AT&T has gotten a lot better with coverage. You may be able to find a provider that resells cellular internet. I know there is one in NC that gives 200GB unlimited, then another 200 throttled for $150/mo. I don’t think you can get that direct from AT&T, but through a third party provider. In my area it is a wireless broadband company that thought they could slap up a few antennas and have it work in a hilly area, and had to come up with something because they got a grant and only a few costumers could actually get internet by the wireless links.

Verizon is always more expensive, with a 40GB unthrottled plan running 170/mo on a business plan.

If either provider has a week signal, TP Link makes a LTE Modem that accommodates external antennas. That helps a lot, and antennas are cheap. If the cheap type don’t work, you can get directional high gain antennas. Basically, if you can get a bar on a cell phone outside, you will get at least 5mb with an external antenna, assuming that it is a consistent one bar.

Viasat is much better than Hughesnet at least, more bandwidth and bigger caps. Anyone using Hughesnet should switch if possible.

Starlink is in beta still, speeds should be from 50-150 Mbps. You can test your current speed here:

Use Speedtest on all your devices with our free desktop and mobile apps.

But the best part is the latency (lag time), the Starlink satellites are in a much lower orbit and so latency is 20ms instead of typical satellite 600 ms. This makes video calls etc much smoother, and it “feels” faster because of less delay. SInce they are not in geo-syncronous orbit, they need a whole lot of them in a “swarm” and they can only serve a narrow band of latitudes, at least for now.

I recommend doing some research before you sign up, it’s $500 for the dish and $99/mo after that.

I don’t know what this means.

Moved this to a new thread.

Bill, you got 14Mbps, stands for Megabits per second. It’s like saying 15 gallons per minute, it’s a measure of volume/speed, ie how big the pipe is.

The ping below that is 625ms, that means it took 625 milliseconds, a little over half a second, to send a bit of data (a “ping”) there and back again. No surprise, since it’s traveling to outer space and back. This is called “latency”, and it affects loading time. When you click on a webpage, it doesn’t matter how fast your service is, you will have to wait at least 625ms to see anything load. Most webpages take multiple round trips to complete loading, so each one adds up, and thus satellite “feels” really slow compared to ground networks.

For you Bill, Starlink would be 3-10 times as fast, and the latency would be significantly less, down around 20 ms. It’d be like having a cable modem again. I don’t know how the cost compares, or the reliability at this point… but it’s certainly an improvement.

That’s excellent, I haven’t seen a truly unlimited hotspot plan before. The catch being they limit you to 5 Mbps… on the slow side but plenty for basic internet use.

Henry Austin used to run a pair of unlimited T-mobile phones hotspot-paired into his router. He had a lot of issues with throttling, but managed to keep under their radar. Then fiber came through, and life got better… He does a lot of bitcoin mining now.

We’re incredibly lucky here to have cable internet at a good price. Our small-town ISP does cable and wireless connections, and they are a dream to work with.

WISP is going to be a big cottage industry in the next few years. The antennas are dirt cheap and operate in unlicensed radio space with excellent range. Find a good backbone connection and start charging your neighbors. Some good reading here about that:

Start Your Own ISP

Chris,
There was a lot of interest in mesh networking here for awhile. The hams were trying the Ubiqiti Rockets and Nanos. They were using AREDN software. The terrain here makes it impossible. There is no grid where the backhaul repeaters need to go. No one has figured out how to power the repeaters through the winter without attending to them. It’s simply too hard to snow shoe to the top of hills around here.
I just put up my packet radio antenna last night. I was able to hit Grand Marais, Minnesota, 100 miles away across the Lake, on a 1/4 watt.
I work a program called TNCattach, that allows me to send TCP/IP via ax.25 packets using a RPI, a Signalink soundcard/modem, and an vhf radio. I send at a blistering 1200baud. I also send around trees and over hills, unlike the 2.4 gig radios. 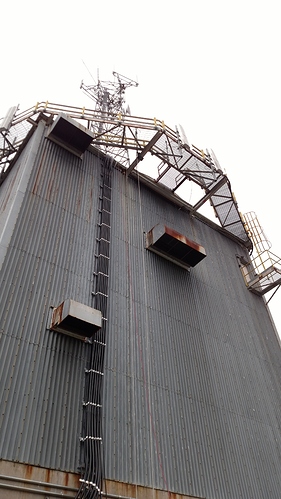 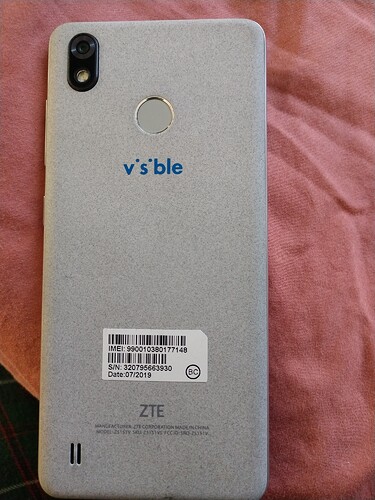 160977486914289351596172410570781500×2000 1.1 MB
This is a follow-up on my adventures with Visible’s Party plan.
You have to have an email for each phone line. I had two different emails with which I tried to buy a new phone from visible. I worked on it for about a month. Every 48 hours I would text with the help people at visible but nobody could solve the problem. I was simply unable to purchase a new phone. What I could do, and what I ended up doing was simply buying a new SIM card and then finding the phone for it on the internet for sale. So now I’m getting $35 a month unlimited data for two lines with two of these ZTE R2 phones. The first phone cost $20 the second one costs $60 from somebody on the internet.
3 Likes
don_mannes (Don Mannes (West Michigan)) January 4, 2021, 4:32pm #14

can you use that as a hotspot or tether to a laptop? 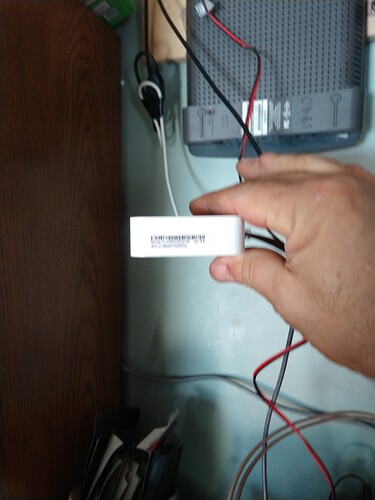 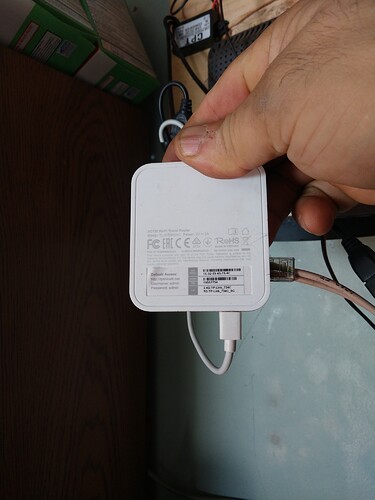 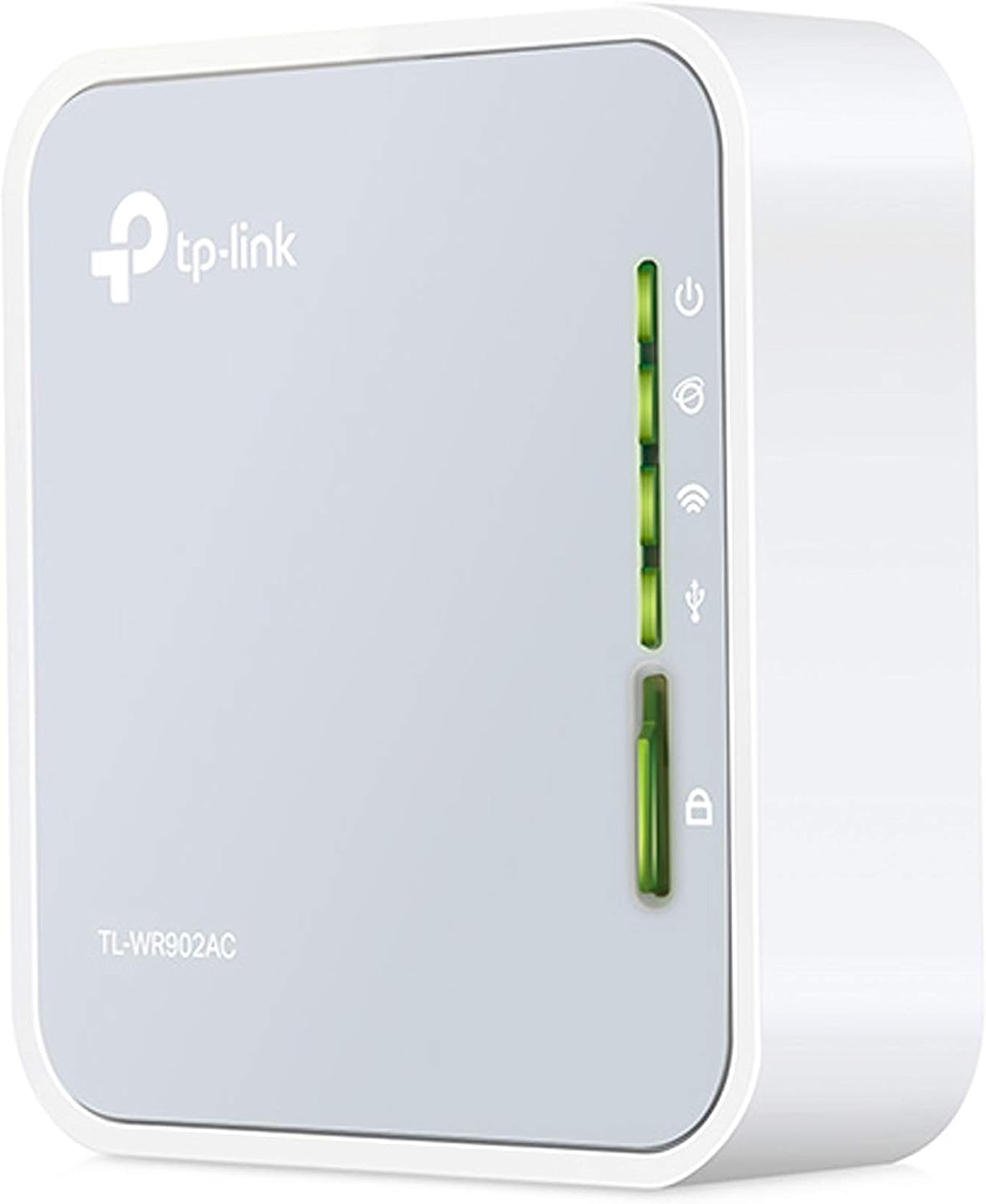 With the travel-sized and compact design, TL-WR902AC is small enough to put into your pocket and make sure you can have internet access wherever you go. The mini USB power supply and built-in adapter make it perfect for...

Bruce. I thought youse in da you-pee spoke ‘‘yooper’’. I understand ‘‘yooper’’ but I didn’t understand a thing you said. TomC

Happy New Year to you and your family