Should i use a 2 door hatchback Ford Escort?

Yes i will not use my VW 1300 Beetle for charcoal gasifier, i was thinking about The Ford Escort mk5 BR-spec(yes, the version with VW engine produced here by Autolatina) from 90s. Because a old gasoline or ethanol truck is rare and expensive here (most of trucks here are diesels) and my VW 1300 Beetle is too unpowered for the conversion, but i need study how i will do this conversion and save money for the car and tools for this conversion, so what do you think guys??? here go a photo from Autolatina-made Brazilian Ford Escort mk5: I’m not too familiar with Ford’s, what is the engine size?

If you can find bumper receiver hitch kits for the car you could use that to hold a cargo rack to place the gasifier and filter box. Then you can have the gasifier without losing storage space or requiring pulling a trailer.

Also, your English is fine don’t worry about it. If you are having issues finding the right words just write it out in Portuguese and we can run it through a translator.

the engine size is 1.6l for the base model, 1.8l for luxury version and 2.0l For the XR3/Racer sport version.
problably i will mount in the trunk the gasifier because i dont really need a space in the trunk hahahahahaha

Is the trunk separate from the cabin area? My main concern would be Carbon Monoxide leaking into the cabin and asphyxiating you or a passenger.

If it’s separate you could just remove the hatch lid.

If it isn’t separate, I would put in some sort of wall and seal it up. Preferably something flame retardant.

Also bear in mind where your gasoline tank is. Unless you intend to run entirely on wood or charcoal then you could remove the fuel tank to save weight.

Example of the trunk being separate from the cabin would be something like the old Chevrolet Nova II, they had a steel wall between the back seat and trunk.

In my 1998 Buick Century however the back seat is the separation from the trunk and CO could leak into the cabin area. I would need to seal it off with another wall.

whoa i dind’t think about this hahaha, so i will remove the rear seat and put a wall after the driver and passenger seats and remove the original gas tank so the car wiil became a small van like Fiat Uno Furgão and VW Gol Furgão. thanks for the advice

You could also just put in a layer between the back seat and the trunk area, unless you want the extra space behind the front seats. Would be more storage for fuel without the back seats.

Also if you do add the wall, I would put these on your side mirrors so you can still see behind you. I have them on all my vehicles regardless.

I think you be better off with the 2.0 excort, Due too wood gas contains 30 too 40 % less power than gasoline, thats why the v8 dakotas work so well. though if thats what you have too work with, then charcoal gasifier would be better choice in" my "opinion"due too much lighter gasifier unit… you still might have to hybride, adding a tiny bit of gas too make up for loss power in rush hour type traffic.

Kevin I think he won’t have much of a hard time on charcoal. My Mazda pickup has a wore out 2 liter engine, 80 horsepower when it was brand new. I have acceptable acceleration and hill climbing and a top speed of about 55mph, maybe more I haven’t pushed the envelope yet. With a little compact car I think his acceleration will be better than my pickup.

I am not all that educated on the power from charcoal, Maybe he would be OK with the little i.6 on charcoal them, / HOPE THIS HELPS HIS VEHICLE DECISION. HOPEFULLY MORE REPLYS COMMING HIS WAY >

Are there a lot of these cars in service or in junk yards. That would be my major decision point. Older cars have parts that wear out. I don’t want to have to go on a major hunt for replacement parts. Easy enough to seal off that back area. I don’t remember what size engine Eddie Ramos has on his little truck but his works fine on a simple fire.

Eddie has one of the Ford I6, I think it’s a 3 something liter so in the 200 cubic inch family.

Which by the way, if you can find a Ford Falcon Ranchero Ute then that would be a pretty prime vehicle. Edmundo Ramos has shown they ride good on charcoal.

the ford falcon was only sold in argentina sadly

Didn’t General Motors sell a lot of cars in Brazil? Maybe the El Camino, Opala or Cavalier. We don’t have the Opala in the USA but it looks like it’s actually an Opel, probably where the name came from.

Unless you already have the Ford then by all means use what you have!

Sealing off the back part of any vehicle is fairly simple Nicolas. A piece of sheet metal cut fairly close to the opening and then some kind of spray foam fire stop to seal the edges.

the engine size is 1.6l for the base model, 1.8l for luxury version and 2.0l For the XR3/Racer sport version.

One of those had a timing belt issue. You had to pull the whole engine to replace it, and because it threw the timing off, if you didn’t catch it, it threw a rod. I thought it was because they used the VW design which used a belt instead of a chain. I think it was the 6 cylinder version, because my friends car was a lot faster then my 4cyl citation but that isn’t saying much.

But looking for that, I caught this blurb from the interwebs:
“Long story (not so) short: In late 60s, Brazilian Ford bought the local operation of Willys, and Brazilian Willys was developing a local version of the Renault 12, and Ford kept the project and after a few styling changes, this local R12 became the Ford Corcel. Earlier in the 80s, Ford Brazil launched the MK3 Escort, visually identical to the Euro Escort but using the Renault Cleon-Fonte engine from the Corcel. A decade or so later, the South American arms of Ford and VW started a joint-venture called Autolatina, and the MK4 Escort received the VW/Audi EA827 1.8 engine and VW’s MQ transmission, and VW received a badge-engineered version of the 2-door Orion, called VW Apollo. In the 90s we had the MK5 Escort and the VW’s versions of the car, the duo Logus (2-door sedan) and Pointer (5-door hatch). Among other things, Ford made a badge-engineered version of the VW Santana, called Ford Versailles.” 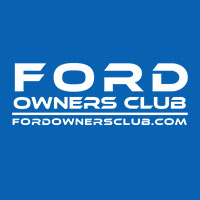 Hey guys, I'm from South America and I came to ask a question that sticks with me for a long time.I know how strong the Ford 'scene' is in UK, and the rivalry between the Escort XR3 and the Golf GTi. As some of you may know, here in South America we...

It’s been done before (not me] 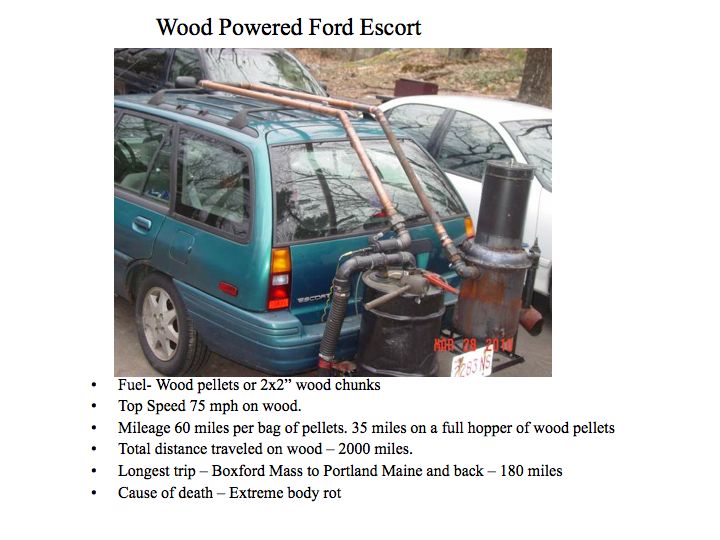 The picture was taken 2014. The gasifer out lived the Ford Escort.
Bob