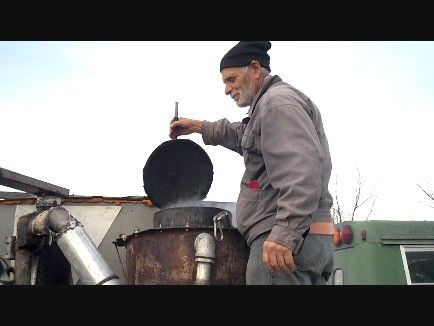 I get folks asking about it all the time. I think it’s because I haven’t got the exhaust heat exchanger on yet, and it shows a little smoke when I stop. Catches their attention.

EDIT: just realized what you are saying: someone actually recognized a gasifier! That is very unusual. I’ve only had two recognize it so far, one was at a gas station headed north from Alabama - his son goes to school with Tally Keith - and another was our handyman, who saw a TV show about gasifiers, and recognized it instantly.

I pulled into the parking lot of a sandwich shop a few weeks back and the lady who owned the place came out. She asked what I was doing and I couldn’t set up my smoker and sell food on her parking lot. I told her have no fear the truck runs on wood and I don’t need to make money to buy gas. I am just stirring the hopper a bit and adding some wood.