Well what else are you suppose to do when it’s cold outside and you need to split firewood to stay warm. Well I thought it would be ironic to run a log splitter on charcoal gas. I was inspired by the grand simplistic design of Gary Gilmore’s simple fire. I went to Argos last spring and was impressed by how truly simple Gary broke down the process. The whole system weighs less than 20 lbs empty. I first made the cyclone from a 5" tube. I notched the vee and heated the beginning of the taper till it wrapped around a 3/4" short pipe nipple. Makes it easy for cleaning. Next was the barrel they say. Just use a 30 gallon tub. I could not find one in my price range. Aka free. I have a slip roller and stainless available so I rolled up a tube and welded the rings from a bead blasting tote to the top and bottom. I cut circles from 3/16 stainless and added the fire tube. The retort I just used an old 55 gallon drum and used the side port for air inlet and a plate with a hole on the top with a stack for chimney effect.

Gary. Your an inspiration of ingenuity and self sufficient logic. Hi Douglas, Looks like you will be in business as soon as the charcoal is done cooking. Make sure you sift out the dust and use pieces no larger than 3/4" in the Simple-Fire. Get the exhaust gas hooked up too so that your air inlet nozzle does not get melted. It will take you a few tries ( most likely) to get your splitter engine to run but it will work. Just need to learn the particulars of your system. I love that stainless steel generator. No worries about it rusting out. Running a wood splitter on wood/charcoal gas is fun. Kind of guess that goes with other devices driven on wood. SWEM?!?
Let us know how it works out.
Gary in PA

Gary, Will the air inlet melt even if its Stainless without EGR? Why do most people run the ball valve? Kind of hard to trim and fine tune? How about the gate type? I have made up a full 55 gallon drum of charcoal. I havent crushed it all to size yet but will start soon. Nothing better to do when the snow is flying sideways and the temps are below 0.

Hi Doug, I know I prefer the lever types because I found the gate types can be vibrated out of position causing you to have to readjust. I can state without a doubt that you will melt the stainless nozzle without egr. Great looking stainless unit…
David Baillie

Hi Doug, David hit just got to the key board faster and what he said is 100% correct. Without exhaust gas return, your stainless steel nozzle temps will exceed 3,000F and MELT. I actually use gate valves for the ERG and sometimes for the air mixture. BUT, make sure the packing nut is tight or they will vibrate open/closed on you.
I have this stuff posted on the charcoal gasifer usergroup, but here are some pictures of a top lit updraft burner I built for my shop. There is a steel from a steam gennny in the upper barrel. This heats the water for infloor heat. The bottom barrel is on casters so it can be moved under the heat exchanger. Fill the retort with wood, light it on the top and roll it under the heat exchanger. Regulate the air coming in the bottom and after two hours, shut off the air. Let cool a little and then roll it out from under the heat exchanger, use two hooks to lift the retort out of the 55 gallon shell, take it outside and dump the charcoal into an air tight drum. A nice efficient way to heat the shop and make charcoal at the same time.
Need to go back to the shop and check on the fire.
Gary trying to keep warm in PA where it is 5F. (I know, you guys in MN think that is a summer low Hi Gary, you’ve been busy… Great idea, would love to try that one someday…

Gary, your house solution looks great, i love it.

Doug, as Gary and David told already,… the egr is reducing the temperature in the hot zone, thus affecting positively the life time of the nozzle, but even more important, it also reduces the consumption per produced/used output power.

Gary, it could be an idea to test the output gasses with an co2 and or Co meter to learn about the best adjustments ?
I did read about the enorm inpact of the CO2 content on the power in the gas. Maybe it helps with adjusting the exhaust/nozzle temperature to ?

i don’t have one available yet, but in case of any one tested already, i would like to know about the testing results…
you know i prefer hot, but i also want to know if it is realy better

One thing to note is that “Mild Steel” and “Stainless Steel” have roughly the same melting temperatures… The thing about Mild Steel (and higher carbon steels) is that they oxydize (rust) which is accelerated exponentually at higher temperatures. It isn’t so much that the Mild Steel will melt away while Stainless won’t, but that Mild steel will “rust out” within a very short time whereas Stainless doesn’t oxydize.

Hi Brian,
You got me confused so i looked up the melting temperatures…
http://www.engineeringtoolbox.com/melting-temperature-metals-d_860.html 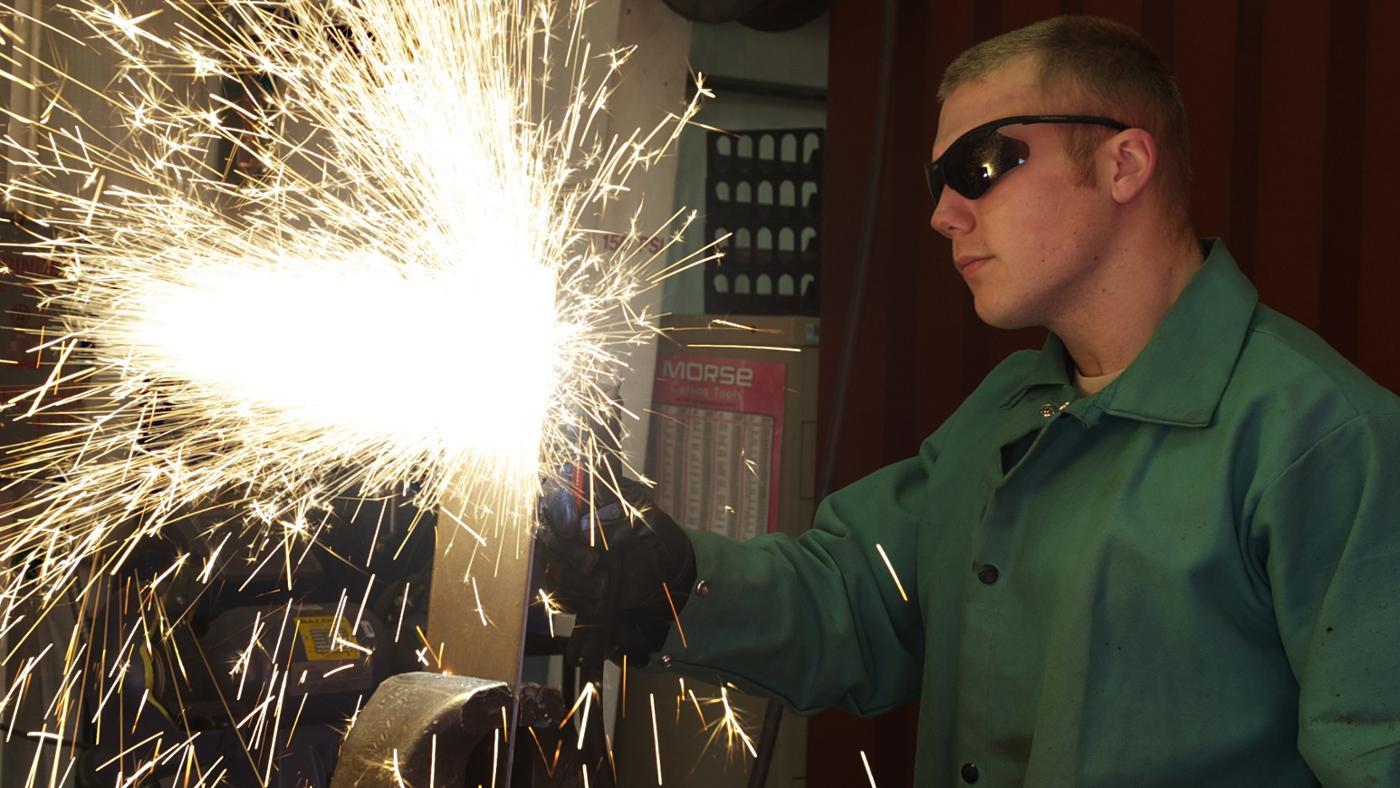 What Is the Melting Point of Mild Steel?

The melting point of mild steel, or low carbon steel, is usually 2,600 degrees Fahrenheit, or 1,427 degrees Celsius. Mild steel is one of the most commonly used types of industrial steel, and it consists of an alloy of steel and carbon.

If this info as on those websites is correct, then High carbon steel is more temperature resistant then mild steel and equals that from stainless steel.
Since carbon has itself a very high melting temperature, this does makes sence to me, but still… i want to make sure which one is the right choice…

I know, there are so many publications, i am still confused…

think i have to test this myself …

She runs completely without the EGR. My next step will be to install the EGR tubing. I was able to keep the carburetor butterfly to keep the governor system in place. The intake manifold is standard for every small Honda and clone. So it fits all my small engines My son is writing a paper for high school chemistry class. I’m quite excited to move this information into the forward knowledge of young people. http://youtu.be/HyIdyAFLbDA

Just to confuse the metal melting issue some more:
We used to make maple syrup in a wood fired evaporator.
I tried using 5/8" diameter rebar for the grates, but the rebar simply rusted away before I could get through one season. Then I “discovered” cast iron grates. They last forever IF,
the ashes NEVER touch the grate. If the ashes touch the grate, the grates sag almost immediately. But the cast iron still doesn’t get eaten away like the rebar steel does.

Just for reference:
Our evaporator ran at about 250,000 btus, and would be running for 8 to 24 hours a day during the season. Gary and my fellow tinkerers. I was trying to improve the way I make my charcoal. I loose a lot of heat and energy making the charcoal and it lead me to the idea of combining the process. When the charcoal is being made a large amount of unburned vapor is released. The temperature is so low it creates tars we can’t run thru the engine. So I have been burning tars off in the stack. Has anyone tried using this vapor added to the inlet of the charcoal with fresh air and allowed the bed and reaction zone of pure carbon to crack the tar? A hybrid of sorts? Half wood gas and half charcoal gasifier. I am thinking this may be good for stationary loads such as running the generator but then go mobile and use just the charcoal.
I really have my system dialed in where I can preheat the bed and have the engine running in a matter of a minute. Very little fiddling and fussing with mixture. She restarts very easy even when she has set for more than a few minutes.

APL mention on their website that they have trouble with stainless steel oxidizing in the high temperatures of the reduction zone and they use 500 plus grade to avoid this.

Hi Douglas, As you note, a lot of energy is given up when converting wood to charcoal. You can take the “smoke” from the production of charcoal and direct it into the air inlet of a charcoal gasifier. I did this once, it works, but could not see the status of the burning charcoal to figure out if it was too hot or cold. The smoke being drawn into the air inlet obscured the glow of the charcoal. If you get too much smoke, the charcoal may not burn hot enough. Too little smoke and the nozzle may melt. The other issue was the amount of smoke the charcoal gasifier can handle is relatively small compared to the amount of gasses coming off a charcoal retort. But, it is a viable way to use up your smoke if you can over come the issues just described.
Gary in PA

Hi Douglas,
You might try following:
pass the vapors trough a few plastic vessels to condens the moister and trap the tars in dried wood chips ( batch for the next charcoaling )
the outlett of the cooling contains less water and has good residues of uncombusted gasses.

using a retort system also will release the oxygen contained in raw wood, and thus will replace a large quantity of nitrogens in the air needed for gasification.

Many possibility’s in theory

The heat from condensing can be used to dry another batch of raw wood, before using that in the Tar - trap …

Been scratching my head to try to find a productive use for the waste heat generated by the Gilmore-style direct charcoal making process. Here in Texas, there are 8 months of the year that we have all the heat we can handle, so there is no need for any extra, except - a brick oven!

Has anybody thought about or experimented with using a charcoal-making retort to heat a brick oven? Seems like both the oven and the retort would have to be designed to accommodate one another.

Alex: I like it! Good food and good fuel from one unit. Excellent combination.