Continuing the discussion from Beef

Real good to hear from ya. 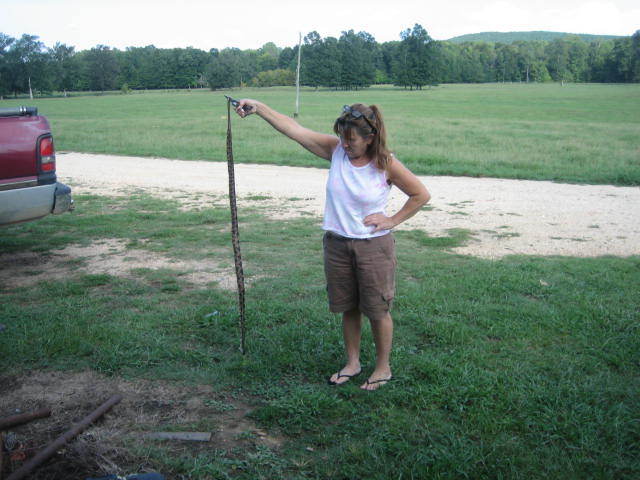 Snake and wife was competing over a chicken nest. Wife won

She said he couldn’t bite her because his mouth was full of egg.

A snake bit my dachshund 4 days ago. Here is a photo showing the 3rd day. Looks like she is going to recover. 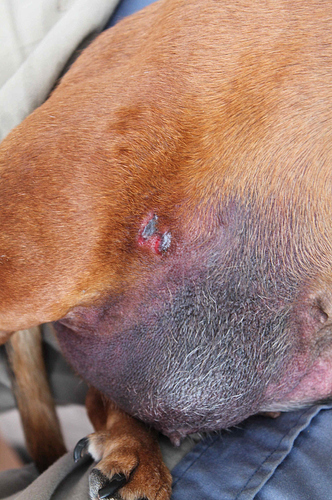 Did she cook up the snake?

I think she let the coyotes have it .

Good morning Wayne.
What kind of snake was that & how many different kinds do you have down there?
P.S. Truck is working good.
Calvin…

Glad to hear your dog friend is going to make it RayM.
God made dogs to teach us to be better humans.
NOT a dog picture I will be sharing with the Wifie. I/we can barely get her to travel into viper/snake(s) country.
Love, lifelong friendships never, ever got her pried out, to move out of this too wet, too cool, but mostly snake-free area.
Sigh. We do have many redtail and other hawks and owls, and even eagles though. Since my last post lost two quarter grown new chicks to a redtail, now a “chicken hawk”. Too bold. Coffee porch sitting he flew by for a grab-snatch-chicken breakfast. Shotgun I got tail feathers. They are fast-fast.
Eagles I just have to wave by-by; chicken.
Regards
Steve Unruh

Thank God no body got fanged,may the angels be with you.

AND RAY hope your dog is ok,what kind of snake,got your dog,are you in the deep south,those fang marks look big.

Kevin, the dog has mostly recovered except for the fang holes, which she keeps licking. We don’t know what kind of snake it was, but sort of suspect a Rattlesnake. Both dogs were making a ruckus under our car, and we assumed they were chasing mice. All of a sudden the older dog (who was bit) came over and sat next to me where I was splitting “rounds”. The other dog kept on barking and barking. I threw the older dog a mouse nest that I found in the woodpile, and she showed no interest…that is when I noticed she was hurt. At the time, I had no idea she had a snakebite. Later, the swelling started, and she was feeling real bad. Our place is about 18 miles South of Austin, Tx.

Sounds like a bad day in the park, glad your dog is over the snake bite venum

In water and wet areas you might see a cotton mouth or a copper head on dry ground but the snake to really be aware of is a rattle snake .

The snake in the picture is a chicken snake ( not poisonous ) and considered beneficial because it eats rats and other poisonous snakes.

I usually don’t bother the chicken snakes but this one got to hanging out in the chicken house and eating too many eggs.

Good morning Wayne.
We have the prairie rattle snake in the south & southwest part of sask.where I grew up.also along the south sask. river system there are Bull snakes, I have seen them 10 feet long , but are none poisnus.Here in central sask. we have Garder snakes , some places there are lots of them , they clean up the mice.
Calvin…

Yes i must admit,i thought it was a big rattle snake, I heard the eastern diamon backs ,were the deadly’est.