Hi chris seaze i am looking for a mig welder similar too the one you posted not too long ago,just wondered how you found that esab mig so far from your place.Or is there another good place too find used esab 250 amp mig welders near michigan.THANKS in advance on any direction on searching.I may have too wait a while for deal like that one you posted early’er.

Go to CAIGSLIST on the internet. If you are looking for an Esab that might not help but they often have Miller and Lincoln advertisedTOMC

Hi tom i found one around $1000 snap on ya212 a good for 1?? amps not sure the 100 percent on that oneThanks and do you have any of them offihousers motors sitting around, i dident know you were a raceing enthusiast.

I like using Google Alerts for long term Craigslist watching on rare items.

Active right now, I have:

The first section tells google to search only (site:) craigslist.org. After that, your keywords.

You may get faster results by directly googling these. These welders go pretty quick.

Just FYI, right now there are these listed, first one is $900 (bargain):

Thanks Chris i learn that alert stuff next,and i am checking your leads.

Otherwise they tend after having to reach all of the way under, back-bent, set it back down angry, dropped “back-saving” from waist height.
My used E-Bay bid and bought nice 180 amp TIG machine arrived with the box all beat up and round medicine ball looking.
Every corner of the machine beat-in rounded. Top handle beat down in. Gas regulator damaged.
Transformer magnets cast cores shattered.
$1200 bid dollars of junk then.

Since that UPiss a-pon. When I can; I have shipped USPS.
Lost by the postal service will really, never be found: lost. They do seem better at tracking back for internal damaged responsibility. So their parcel handlers are more careful responsible.

Kevin; We blew up a lot of engines and I think all of us talked about have one assembled out of old parts for a coffee table or other ornament, but I didn’t and I don’t think anyone else ever did. A great missed opportunity.TomC

Tons of snow in my life now…

Its a standard google search. Test it on Google proper before using it here.

Got about a foot of snow around here last two days, i see the google alerts works,just too hard too dial in better than the whole USA,or narrow the price range,i am checking about 20 pawn stores next few days,till my credit card gets here,have too pay on credit card stores, and pawns,any registered retailers, that take visa. Found a nice looking inverter mig per duty cycle 200 amps 100 percent ,for about $1000 too door, at alibaba wholesale [ light industrial mig welder] shopping,just Leary on there one year warrentee, and getting a good communication too repair or too get internal parts, so planning on going with transformer 230-250 amp mig, from usa, if transformer cooks from a bad cooling system,i can fix cheaper than sending inverted mig too repair shop,like i see a lot of the washing machines burn out in 2-3 years,$800. machines,just make it past there warrentee, If they make it past the corigated cardboard in shipping,then have too pay return shipping.

Kevin, you have to match welder to generator, in the US we have 2 types of 3 phase, Delta, and Y. The Delta systems have a high leg that has to be wired correctly. Delta is usually 480 volt

Thanks al Frick,i think i will just buy the snap on single phase tranformer mig,the guy that is selling one of the two welders,230 amp,has a nice miller tig in shop for repairs,been there two months,still not fixed,probbly one of them nice Light in more ways than one inverter units.

Delta power is a relic of the past.
Grounded or not I am not aware of any new delta 480 or 600 power installed anywhere since early seventies.
Its a question of stability and reliability in fault conditions
Even before those years Westinghouse offered crude but effective 69 ohm ground systems with purely electro-mechanical controls.
I know of a few of these 50 year old antiques still in service.

Delta High leg is unique to the USA.
Its a hang over from the battle of Edison and Tesla and the need to make both Edison 3 wire and poly phase systems compatible.

Find someone under 40 who understands these things and care enough to keep them up.
" I don’t know what this is for…"
Depressing. 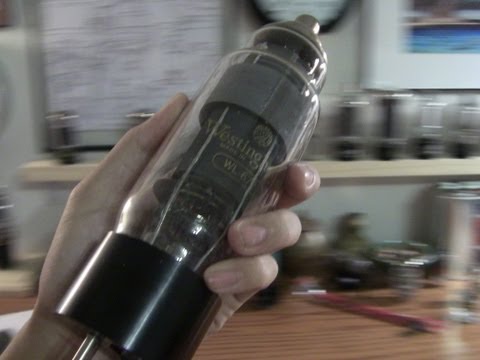 I’m only 31, and granted I don’t know a thing about that stuff, but if a did, I would try to learn how to maintain it properly.

Maybe them snap on welders are over priced,i heard they were actually made by century.And have no over heat protection switch’s either.

I have a 87 dollar wire feed flux core welder I bought at Harbour freight on a trip to the USA years back.

I am not much of a welder, but it sticks and has paid for itself my times over.
If it looks bad I run a grinder over and make a few more passes.

I looked at a Chinese 3 in 1 tig, stick and plasma cutter recently.
Kind of interested in that because I know its cheaper to own one machine that does things moderately well than no machines and having to pay for a bead or cut.

Off on a rant last night.
Had to deal with young people at work who have no concept of how anything works, they just wire it up and run away.