Looking to design and build a stationary power unit around a 300 straight 6 ford or a 223 straight six ford engine. Could do this alone but then again I would learn and no one else would benefit. Many hands/minds lighten the load 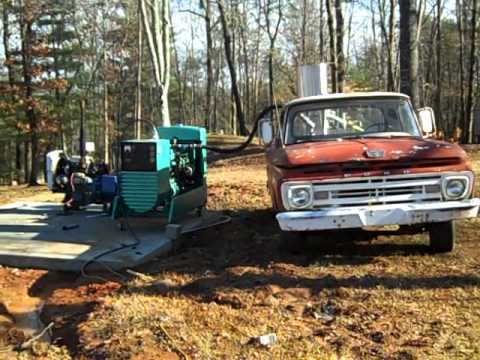 Kinda I guess. Engine would more than likely be 300 six ford with generator for electricity plus hydraulic power and compress air. Thinking this would all go onto a skid and then put up on a wagon running gear. 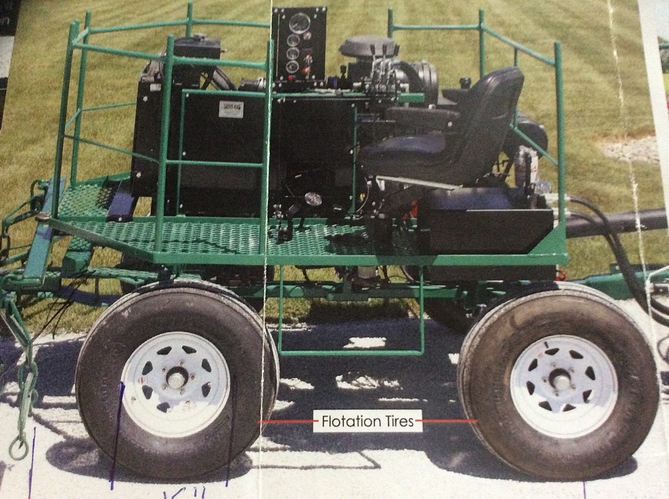 Possibly similar to this

A word of advice, with a system that big plan on an auger feed. Otherwise it will not run long enough to be practical at that scale. Other wise go smaller and charge batteries with a big inverter to get your big power.

The system is no bigger than what would power a pickup. We are going to scavenge all the power heat and even the stink

Yeah thats exactly what Im talking about. An automotive engine will be difficult to feed with out an auger feed. We do it all the time, 1 to 2 hours seems like a long time and at first it may seem fun, but later on will be seem more like a chore. 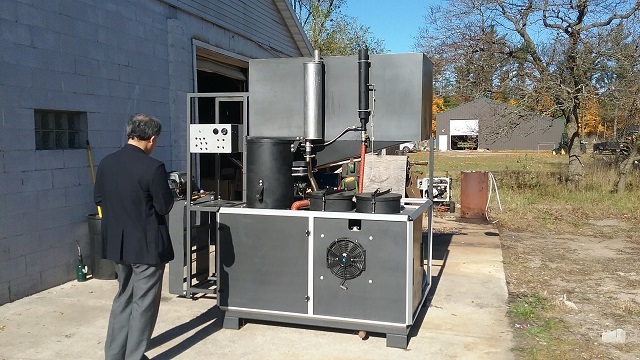 An auger feed is not to dificult to do to and you certainly could add that later. I do not want to discourage you from your plan. Just something to think about and again you can add this later if you desire. Using the the Ford 300 I think is going to make a great machine!! Cheers

20 lbs per gallon of gas replaced, truck travels at 60mph and get 20mpg so roughly 60 lbs of wood per hour. Said another way rule of thumb seems to be 2lbs per kw of electricity generated that engine 25 to 30 kw so 50 to 60 lbs per hour… big hopper or short runs.

Never mentioned my power requirements. 6kw would be good

I have a 1000 acres of timber and if I have to build two gasifiers side by side to run one and refill the other that’s fine. Not a vehicle application

Hmm big overkill on the engine then. Why that one is it just the engine you have?

36 year production run on that engine and it is the preferences oil field engine. Plus at 300.00 can’t beat it. Want it to do nothing more than purr 800 rpm

Fair enough just curious. Like the idea of side by side gasifiers. I’ll look in as you progress…

OK So you are working with horses and engines smaller than the Ford 300 ci. For small engines I recommend you study Gary Gilmore’s information on charcoal gasifiers. All that is required is a 5 gal, 20-30 gal, or 55 gal drum. It even can be done with out welding. The wood preparation is a little more involved but once you have a system set up, it isn’t that hard. Of course the bigger engines ( 300 ci,) will be best served with a WK design and especially if you are going for “stationary”. Oh Koen has a lot of good information on small charcoal gasifier. Lots of stuff for you to study. TomC

The gasifier is for the 300 only at this point.

OK, sorry I thought something was said about a 20 hp engine. For the 300 ci. your direct line of attack is to order a WK book if you haven’t already. Good luck TomC

what kind of wood do you plan on using? Pine takes up more space than birch…

How big fo you plan on making your hopper?

Chips, chunks? Too many questions to answer before you start working on a design.