So, I have another project on the drawing board… good thing I’m building 2 gassers.

Yes it needs tires and it’s the wrong colour, but it does run good. 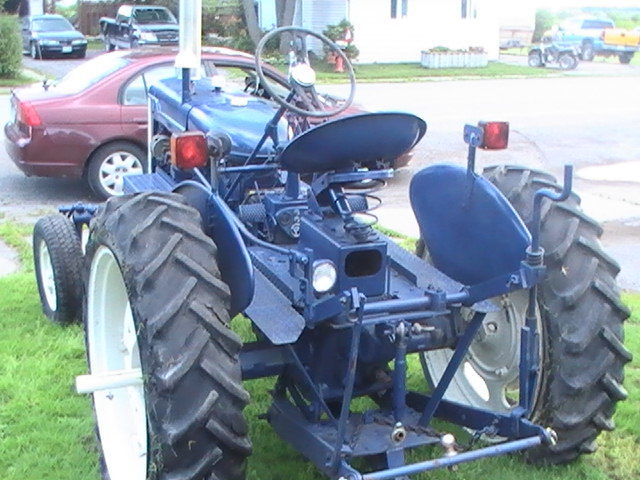 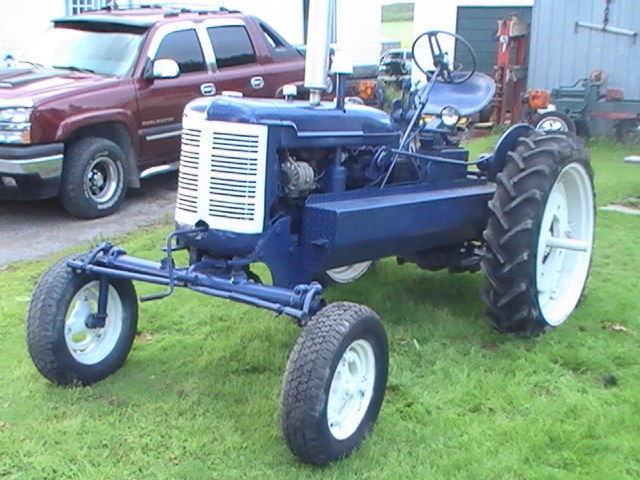 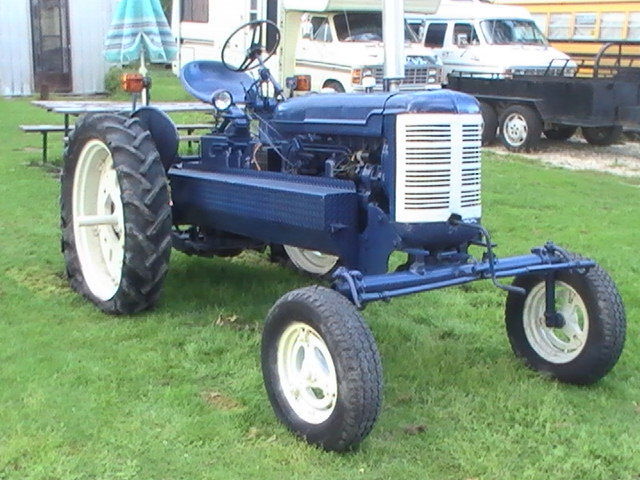 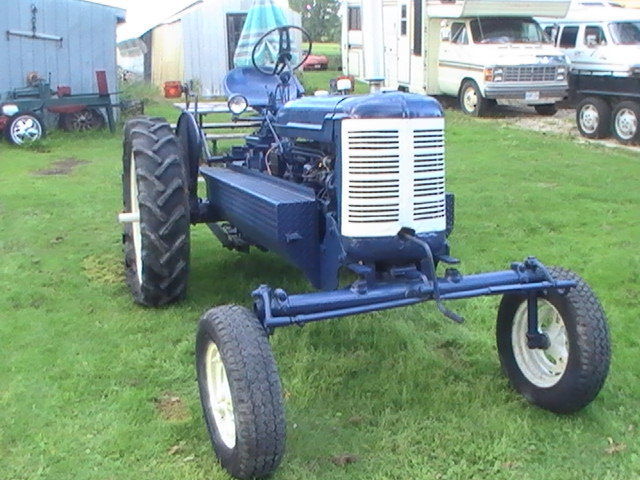 Wow, that’s nice Arvid. Not sure I’ve seen the box/tray running up both sides of the tractor before. What is it?

lol… they are running boards… the fellow that had it is somewhat on the shorter side… he’d use them for when he was fueling and the like. Not sure is they will stay or not yet at this point. 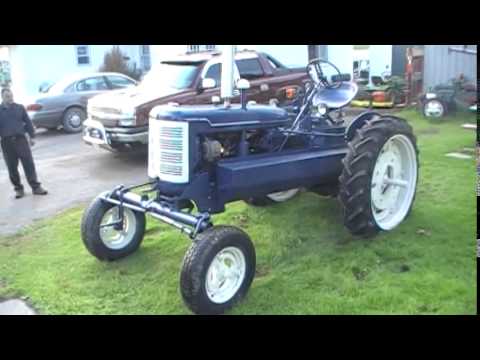 Look good in the Parade next year.

Hi Arvid…
Is this one for you? Looks like a nice candidate. Are you going to front mount this one or use those running boards as mounts. I’m going to demo mine at the Wilberforce ag fair next weekend. Biggest challenge will be getting it there. It takes 25 minutes by tractor to get to the fair grounds that pushes my unit to the limit on softwood charcoal. No time to make hardwood…
Someday we will have to have an “Argos north” to avoid the border…
David Baillie

i know the gasser I put on the JD was good for about an hour and a half on a load of feed stock.

The boss and I have come to the conclusion that if we’re ever gonna make a splash in wood gas we need something people can relate to… everyone likes tractors… up here at least… sooooo… we’re gonna build some tractors… if someone wants it once it’s done and they are willing to pay the price we’ll ask, then it can be theirs. But for now it’s for us…

A northern woodgas meet would be awesome…

That being said, if you’re in Canada and travelling the northern route on the Transcanada Hwy please stop by and chat…

Hey arvid, funny enough I’m at a cottage in North bay right now. Leaving tomorrow but I’ll make it up to see you someday. Range anxiety is real for me. What I need is a larger container up front. Softwood Charcoal is not a dense fuel. This one was really a proof of concept for me. What size engine is in the super c? The next time I build one I will use the 3 point hitch and start with a tractor with a bucket. One up front for implements, one in back for loader work… Saw a great Massey Ferguson 35 the other day.
David

Got the tractor to the shop today Nice
I like to think that blue is my favorite color but in this instance it just seems out of place. But there will be red in the gasifier shortly and that’s what counts. You go Arvid

Oh, it’s gonna be read again alright… I’m not a fan of the blue… tin is pretty decent so it will just be a scuff and spray.

I so envy you getting a Super C. My Farmall’s are both H’s which have about the same size engine as the C seems to have. I notice you have a 3 point hitch on there. Is that stock or is it an after market unit? I just bought a 9N Ford just so I had a 3 point. The first time out brush hogging with it the engine died and I haven’'t been able to get it running and staying running since. So much for having a tractor with a 3 point.

My understanding is that it came from the factory that way. Can’t wait to start diggin in on this machine…