I couple of pics from todays event. 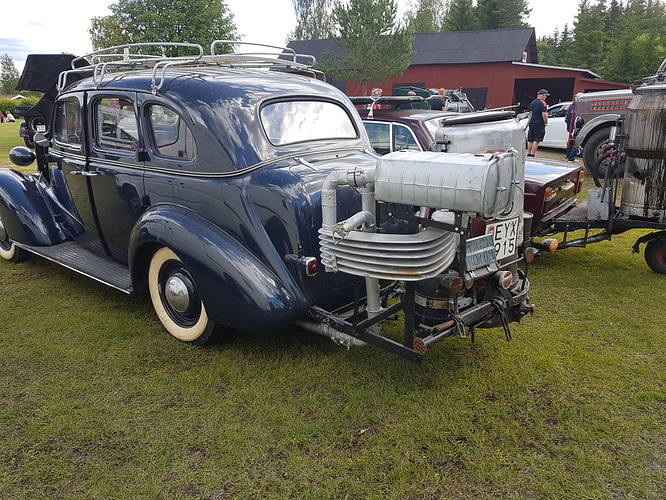 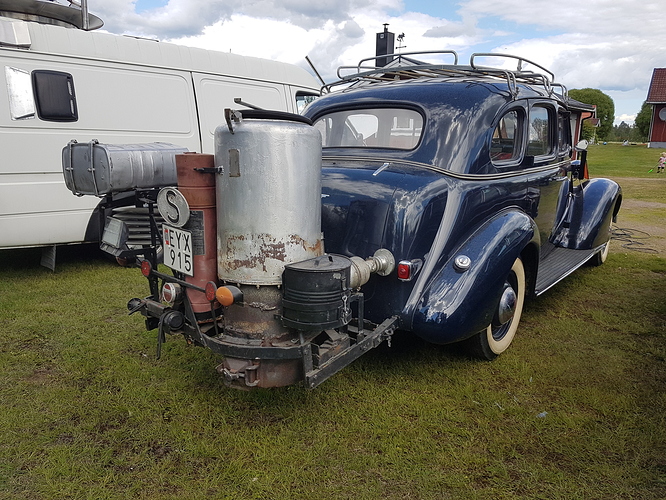 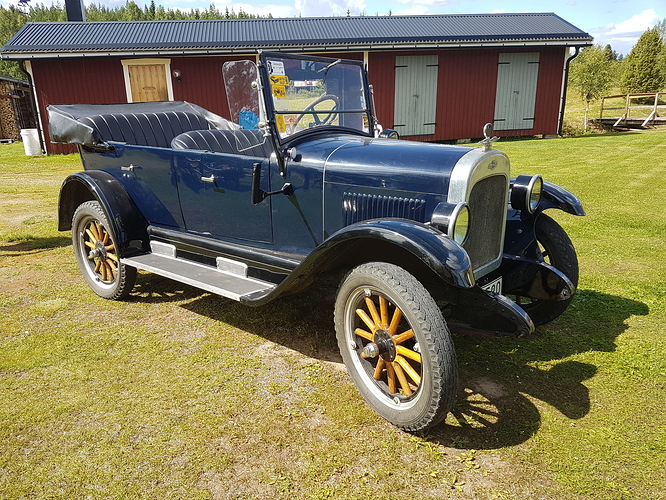 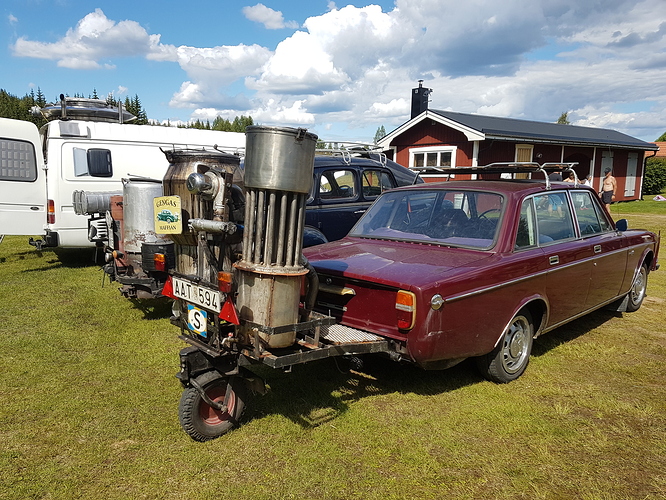 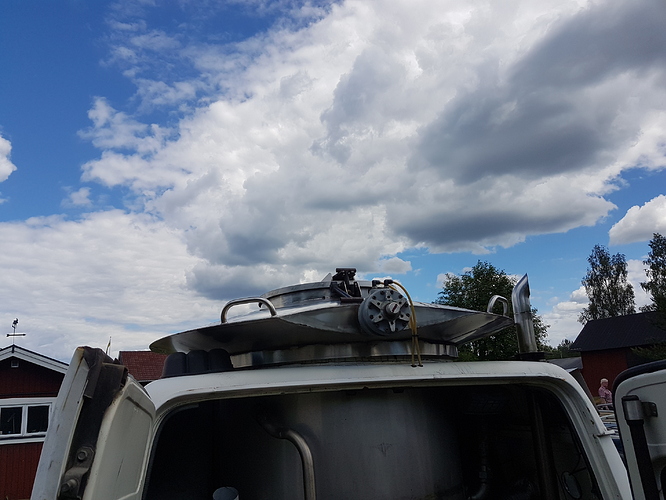 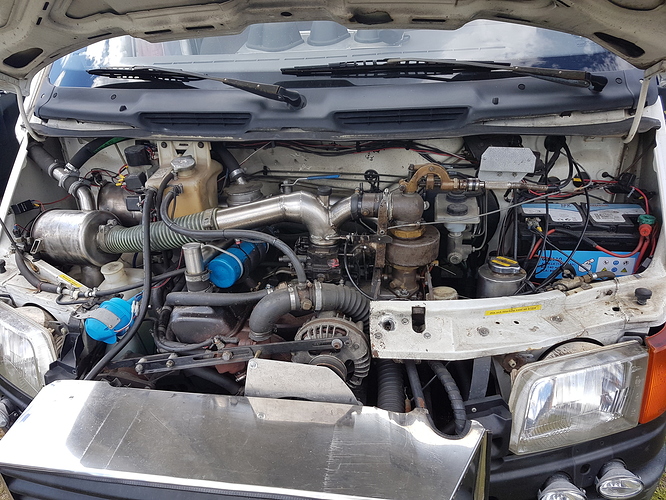 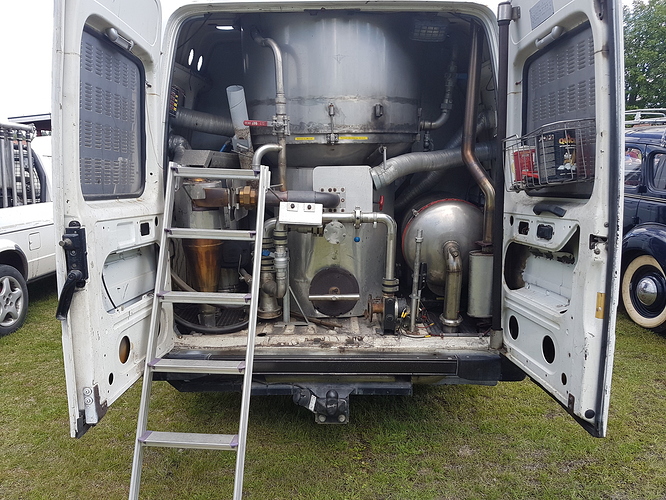 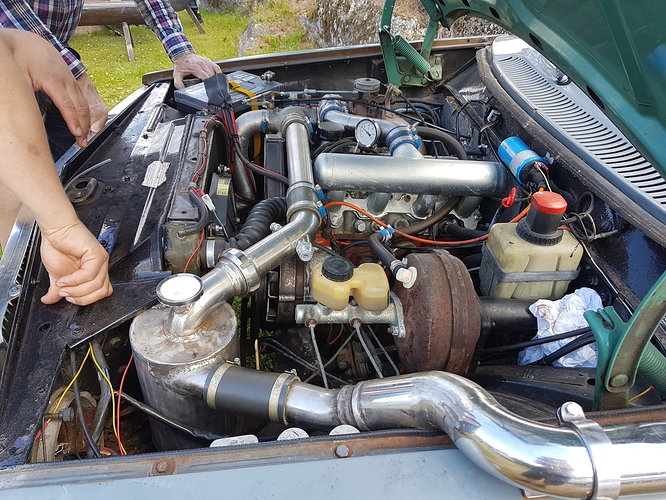 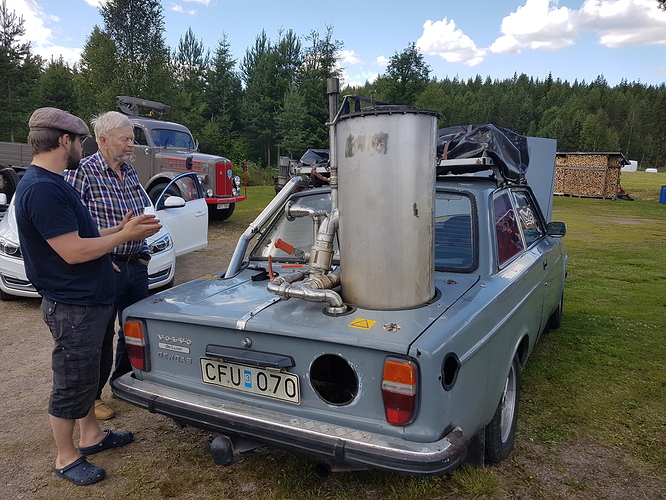 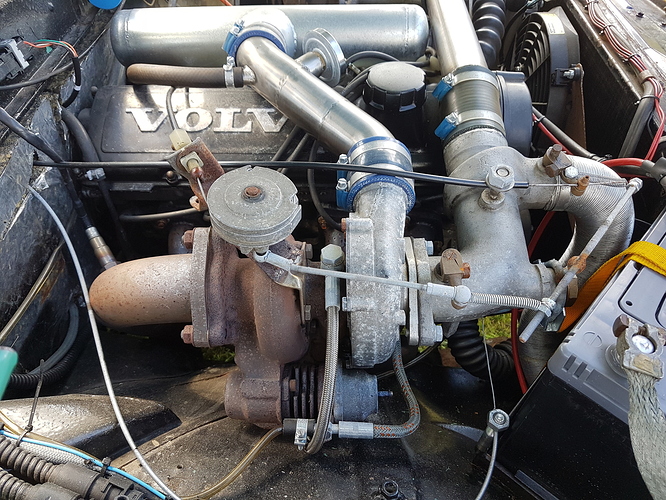 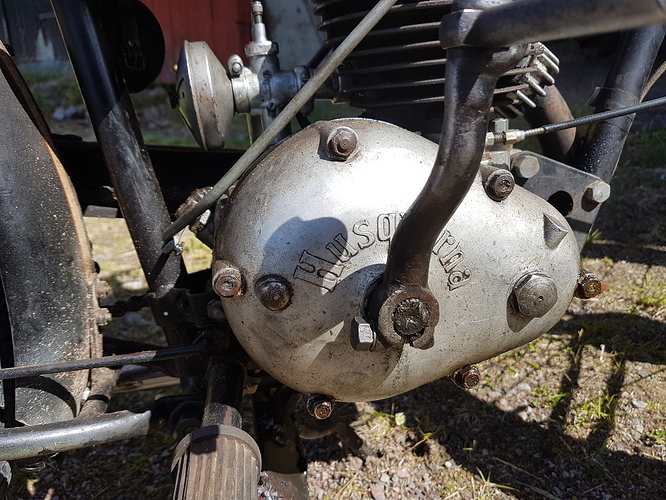 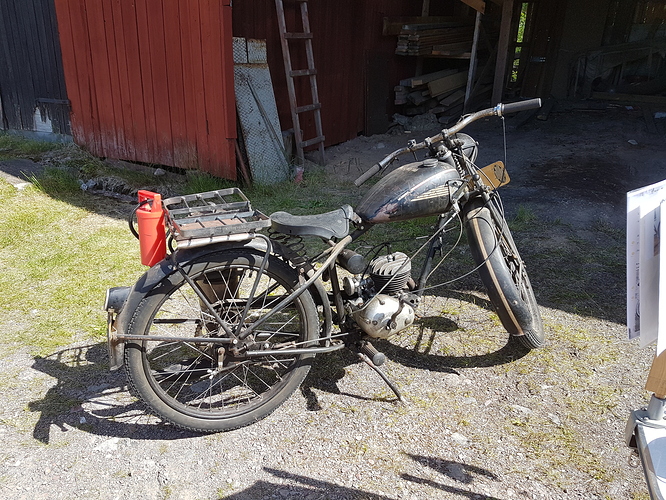 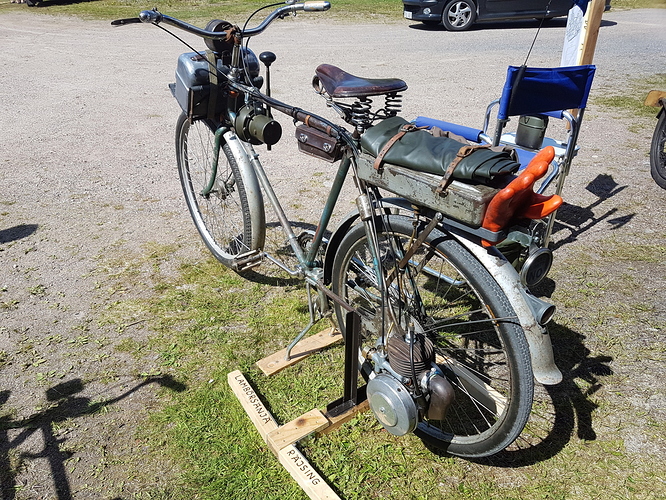 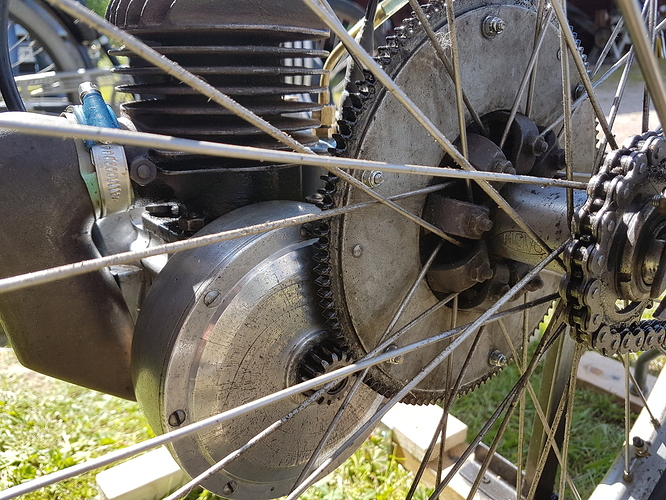 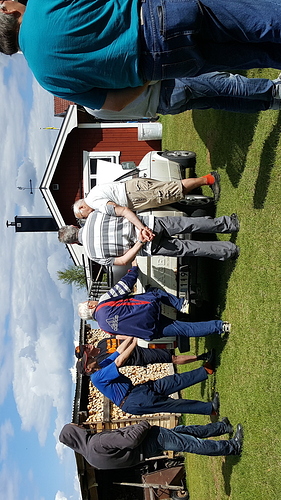 I think I’ve seen that van with the monster hopper somewhere before… Isn’t it fully computerized or something?

Yes, lots of gizmos on that one incl turbo. The hopper is good for 200+ miles. We agreed with my milage and that hopper we could drive for 1000 miles on one fill

Was his name Erik Lindrot by any chance?

EDIT: Nope, seems there’s another van with a massive hopper and gizmos… 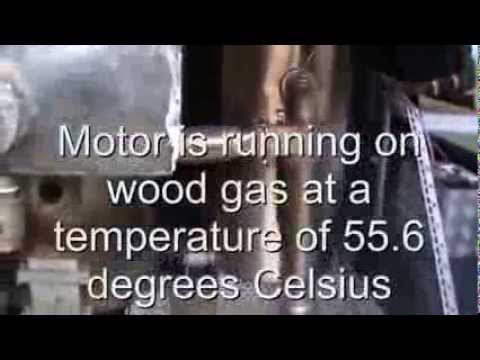 Good looking 36Chevy even without the gasifier. I have seen the type of gasofier that is on the trailer but have no idea how it works with the tubes… are they for condensate? Was the Volvo originally eguipt with a turbo and just added wood gas?? What was that truck every one was trying to hide by standing around it??? Looked like it drew more attention than any other.

Right, Lindroth is from Finland. I think a friend of Vesa the author.
This van guy is 76 and from Köping, Sweden. Only 100 miles from here. We were so involved in discussions I didn´t catch his name. Sorry.

how it works with the tubes… are they for condensate?

I guess you are talking about the cooler tower. Just cooler pipes.

Was the Volvo originally eguipt with a turbo and just added wood gas??

No, the turbo was added with woodgasing. He told me he runs a low pressure, only 0.2 bar. Just enough to make the car run standard gasoline performance.

What was that truck every one was trying to hide by standing around it???

Did any one see the plank hopper heater.?Nice pics Thanks Jo.

Thank you for sharing this J O. I like pics of woodgas meet ups

And I thought they only made chainsaws.

Interesting how the motor wheel gear clamps to the spokes. Must take some tweaking to get it aligned. Thanks for sharing !

Chris, that’s what I want to put on my truck a bigger auto feed hopper system so I can Drive On Wood for 100 miles with out stopping and filling my hopper.
I thought of a auger feed hopper borrow up to the hopper with push button on/off switch. Recirculating the hot wood gas into the auger hopper to dry the wood even more. But first I have my hot filter, cyclones filters and wood chipper to finish. For now I will just have to refill ever 25 to 30 driving at 60 + mph on the hi ways.
Hope you can get some free time to work on your Wood Burning Beast soon and your other plank gasifier system.
Bob

Thanks Jan-Ola for sharing your woodgas meet up in Sweden.
Bob

Jan-Ola, that white van looks like a 2 ton vehicle. Even with the big hopper do know what the milage was before refilling and how many pounds per mile it would drive on.
Bob

You have way too much fun lately JO!

So much interasting things there! What is the purpose of that cyclone filter in the engine compartment?
Ilike the turbo volvo too! Thats a wery neat solution of our problems if it works.

Did the talk come to legalisation and registration? How do they do that?

Hi Bob! Yes, that beast was a bit haevy. The hopper was good for 200+miles and he burned about 4-5 times more wood than I do at my 2 mpp.

What is the purpose of that cyclone filter in the engine compartment?

They were all (except mine

) legally registered. We have a special “gengas-vehicle” category of registration here. BUT - light vehicles have to be 1975 or older and 2500+ kg total weight vehicles 1989 or older. That´s when emission bureaucracy started. This would allow me to do an -89 American pickup. The downside is that they all had carb or tbi at that time.

Yes, turbo seems to work good. However the Volvo guy told me his gasifier is sized the way that he doesn´t do idling at all.

Nice videos! But What is that moaning about carburettors and TBIs about;

Yes, of course it´s doable, but so much easier on mpfi.
I know the drill. Reheat, paper filter, flaps and twinthroats

But still, those old vehicles are becoming rare (and expensive).

MPFI and a single flap does nothing to dispense the gases!

Nothing to do with gasoline or woodgas use. Easy hookup, thats all. Plastic pipe to tb. Simplicity if you like.