Some of the fellows on the yahoo group have been working on an open top system with pretty good results so far. 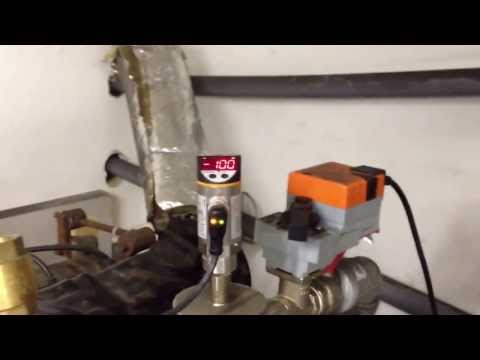 Interesting site. Before I built a Kieth type system, I was tending toward some sort auger feed to my Imbert-type. I figured it would eliminate bridging if there was no big load of wood to jam up. I never dreamed it burn as sweet as a DriZzleR! Something New to experiment with.

i guess the secret is to keep just enough feed stock to have flaming pyrolisis, making system that will do that for you with your gasser under load with be the real development… and there are a few people that are working towards that ends.

I have my own ideas on that… and at some point if i ever get the chance to try them i’ll post what i find.

Hey Arvid;
I have been watching and commenting on youtube as you know cuz I have seen your comments. At first I was skeptical but now i believe this is feasable. Of course only in a stationary unit. I like that it appears you can use a variety of wood sizes and shapes. I would like to see how it does on wood chips directly from a tree chipper with no sorting. Will be keeping an eye on this. Dan

I say it again, making a feed system that will keep the fuel at the right level with an engine that has a changing load will be what makes or breaks this. ofcourse i have an idea how i’d do it… who knows, at some point i may put one together for testing.

The DriZzler
Seems to be trading complexities… Simple gasifier for more involved fuel classification and delivery… Me thinks it`s quite viable for stationary, but for mobile testing me thinks a very sparsely populated area would be a pretty much a must. Somebody is going to spending time on the side of the road sorting it out… Hey maybe the Salt Flats! Just stay off the course until ya get it dialed… Maybe get a new speed record

my thoughts are it should work fine in a stationaly setting… this has infact been the case with the fellows in europe that have been playing with it… as long as the load stays constant… you set it and forget it… from talk i’ve heard some have used some pretty non standard feedstock… straw, manure and the like… it will be interesting to see it’s development. 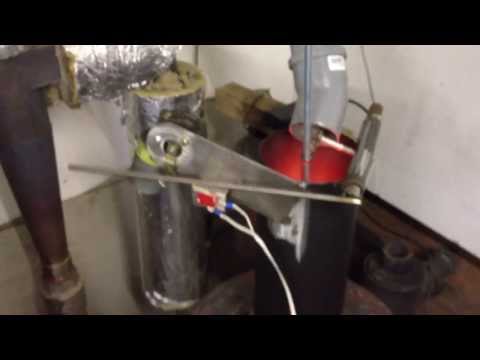 That’s pretty good. I can see it driving down the road. With a Toucher and a conveyor for chunks.

Maybe it’s just me but I can’t tell what good this toucher is doing other than pack down a spot that does not appear to be burning. I am watching this on my smartphone and it cuts off the descriptive area before the end so maybe i’m missing something.
EDIT: Nevermind, I saw the micro switch! Still I wonder of accuracy as it appears to be packing an area down thats not burning at the same rate as the rest of the fuel. As this builds up it would seem to tell the feed control that it does not need more fuel when in reality,it does. Just an observation as I like this setup. Dan C.

The drizzler is a design that will work but it needs a couple of changes to make it work really well. I have tried this design twice with limited success. With the open top, you HAVE to use a dense fuel like pellets to establish a proper char bed or it takes FOREVER to get flammable gas. Secondly, with the open top below your eye level, if there is not suction being applied or at shutdown, this thing will smoke in your face and create a thick fog at ground level. This makes it hard to put any kind of roof over this thing. However, if you put a tall feed hopper on it, this would keep the smoke out of your face. My last design was a drizzler type hybrid. Had a chimney on it to suck in air and to releave a puffback flash safely above your head level. The lid was a screw on 4 inch pipe cap and nipple. It produced flammable gas but there were tar issues and I also made the grate non replaceable or serviceable. The grate was thin sheetmetal.

There is however alot of promise with this design and I would like to see it developed further!

Last week, I was firing up to drive home from town when I got distracted. I had every intention of adding some wood to the hopper, but the temp on the gague looked good so I started the engine with a squirt of petrol, switched to all woodgas and headed off down the street. Everything was normal; one stop sign, one yield, 30mph right down the street. I did notice there was zero vacuum in the hopper, but kept on driving until I heard the lid to the hopper close from the wind…

I just thought it was interesting that It started and ran normally with the lid open. There was no interuption in gas flow when I pulled over and idled in Park while fastening the lid. I just continued onto the highway and drove home at 60mph.

Maybe there’s a way to remotely open the lid and convey wood chunks into the hopper while driving.
Just thinking.

automating the hopper lid to open/close and powering a chain drag feeder wouldn’t be too hard…most vehicles nowadays have hydraulics onboard for the power steering…the real trick would be sorting out how to monitor how much wood is in the hopper and how much needs added “now”…adding too much wood and the hopper lid not closing would be at best irritating and at worst cost you a motor.

Here is what I did with our auger feed system. The air cylinder has prox switches that read the air cylinder. When the cylinder bottoms and hits the lower switch. This signal then triggers a timer switch that outputs to the valve to change its direction to a retract mode for a set time. When the cylinder is in the retract position it triggers the top prox that signals a relay to supply power to the auger. When the timer hits its set point it returns the cylinder back to an extend mode. You can use the timer to control the amount it feeds each time. I built a DC air compressor out of a Harbor Freight Portable air tank and tire pump. I used a digital pressure switch along with timer from automation direct.

If fast forward this to around the 4 min mark you can see this in action. Vulcan Gasifier 25 kW System Overview - YouTube

If you go to the 3 min mark in this one I explain this a little better on this second machine. 1326 Test Run - YouTube

I know you are also on The DOW site. Since I can not go there, could you post the above link with the text written herunder in my name?

I would be gratefull. Thank you.

Jonathan True
First I myself do not use pellets. In our DriZzleR team Pascal does the pellets testing, I do the woodchips testings. To start the woodchips-DriZzleR I follow the standard procedure everybody uses in every typ of gasifier, Starting up a complete cold gasifier with fresh or left over charcoal from a previous burn.
If I read your text well then you did not wrote that you tried to build some sort of Drizzler hybrid. You say you build a DriZzleR and “THE DriZzleR” is a no good system. In all your wisdom you where then wher forced to improve it
If you where a little humble you could have said; I tried to build a DriZzleR, but aparantly I have not enough skills and I ended up with something that produced … tar, smoke and I can not get it to light on normal fuel. Instead of blaming your impossibility’s to build a decent gasifier, You just bluntly playing THE EXPERT ON DRIZZLERS that even tested the The DriZzleR Twice, and both times it produced …tar…smoke…and only flared on pellets, So bad it was YOU where forced to improve the design but it was still a mess…
If You had written; I tried to build a DriZzleR, but whatever gasifier, I ended up with, did not worked …Then You would had posted a fair comment. No harm was done and you would received from me or from other DriZzler builders all the help he could dream of.

Instead you preferred to damage the reputation

Are you trying to start up from cold with just woodchips, rather than preloading with charcoal? If you think in terms of starting a charcoal gasifier, running a wood gasifier, and shutting down a charcoal gasifier, a lot of your issues might disappear. The strength of the Drizzler seems to be in the tiny and controlled amount of wood in play. I’m still not sure if or how the feed system could be implemented in an automotive situation. 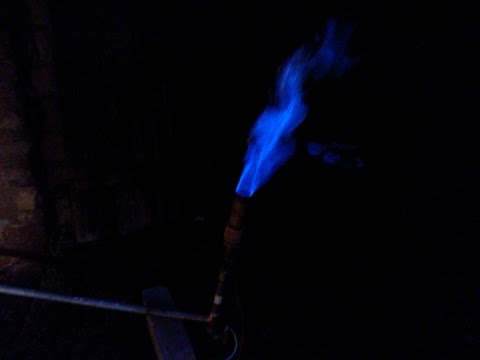