Started to build an easy control for throttle and airmix.
I will gradually post progress and idea behind it.
Based on existing materials, butterfly valve with spring return 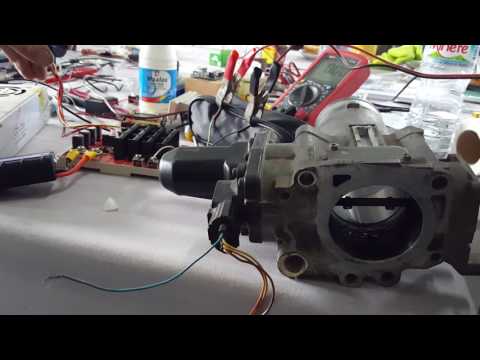 Good job, I haven’t even started on my throttle body control yet, to many Irons in the Fire. I will be following your progress.
Bob

Thanks Koen, i will try and follow from the begining, I know it will be better than choke cable reseting.keep us posted.

Hello Koen.
Will you be operating this valve manually as you detect system changes, or will it be responding to some sensors under program control? If program control, what parameters will be used?

The throttle body, as in the clip, is from a Drive by wire system ( toyota) 60mm diameters.
The easy part is , for now, to actuate it with a PWM and a pot meter.
The goal is do replace the PWM with some small arduino and use the PWM from that as output towards the DBW
The arduino can gets its signal from the AFR set
The output voltage from the AFR , between 2 value’s, will determine the position of the butterfly valve.

All functions have been tested already, separate it is, now to combine all modules.

In the video, the butterfly goes to the zero position from the installed spring.
for the AFT throttle, an adjustable zero spring, both sides of the movement, will hold the valve at position, and the PWM will only adjust the position either way, if needed. ( fine tuning )

At this moment using this setup as mixture control with an pwm and adjustable knob, already works. ( for those who use a cable and want to replace that )

Same for using this as a RPM throttle…

Bottom line: i want to keep this as simple as possible with easy ways to improve or copy build by others.

I plan to stick with 2 standard way’s , as used in car’s already: Either as shown in the movie clip or a simple stepper as on the pictures. 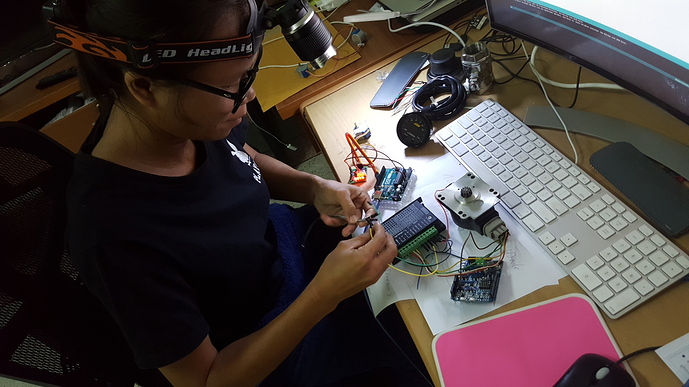 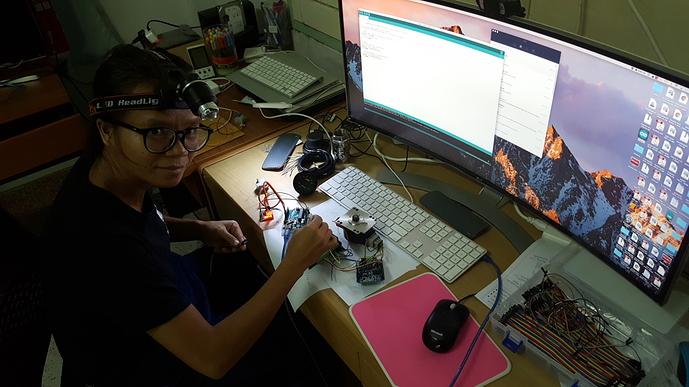 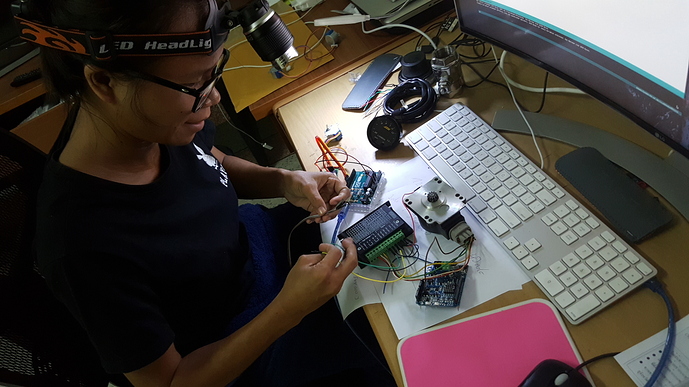 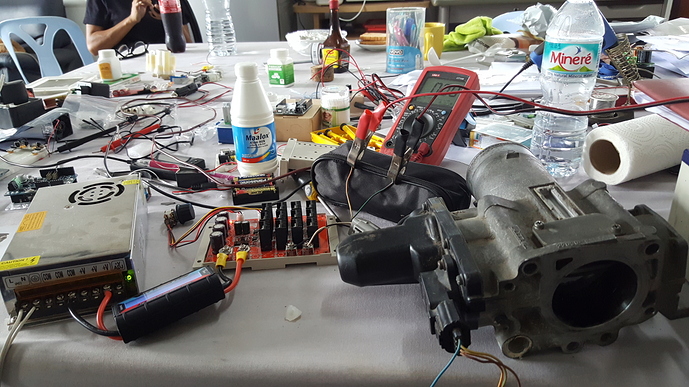 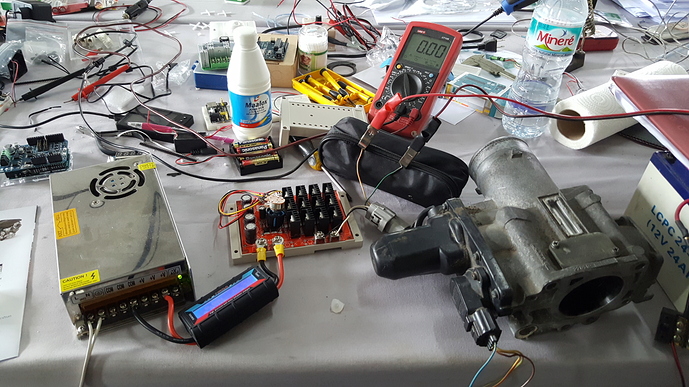 Manual can do.
Future response on the output signal from AFR gauge ( tested) or even on the output of an O2 sensor ( not tested yet )

It should become a versatile module. easy to build/copy

Ok, i am up for some learning by doing…

I will post my little projects accompanied with the actual sketches and the parts i have used.
Day by day progress and so on.

Based on arduino, but as simple as it can be done. with working examples as they come.

If someone wants to copybuild it, the code will be posted as well the actual layout and wiring .

Advice number one: avoid cheap copy material from china… i learned the hard way that original is a little more expensive but so much more in quality ( i have 6 items from 7 that where actual non functional so i did order / received 5 sets originals)

Stay tuned, Chris maybe it would be best to start different topics per Arduino build ?

Now a days the China copies are dressed up just like the real thing.

You mentioned, somewhere, about learning how to make sharing documents. The easiest way is just use the camera. You can also write some words/info on a piece of paper next to what your taking a picture of and both will be captured.

I like this auto mixer it says simple too build.Nice work Koen man.

So, this one is:
Throttle body / stepper controlled by arduino. 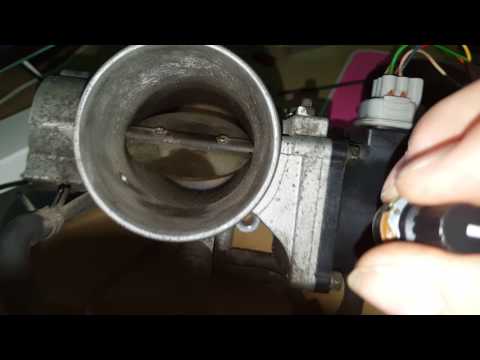 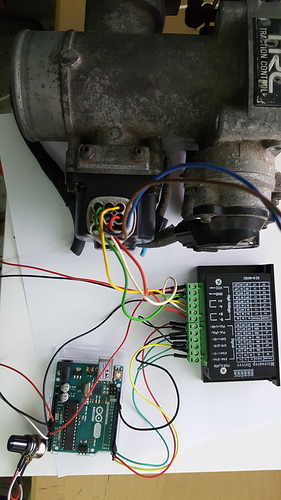 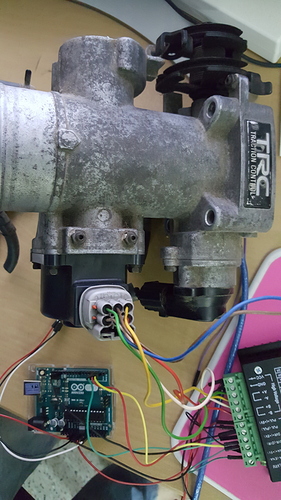 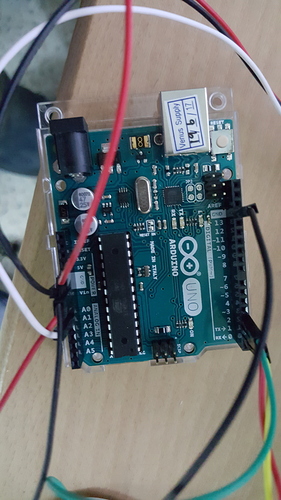 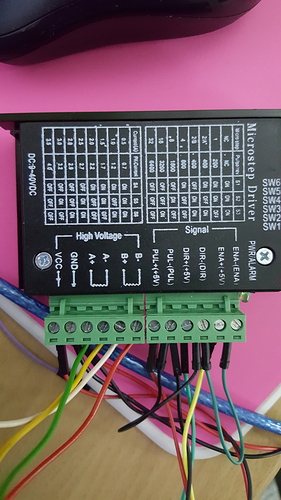 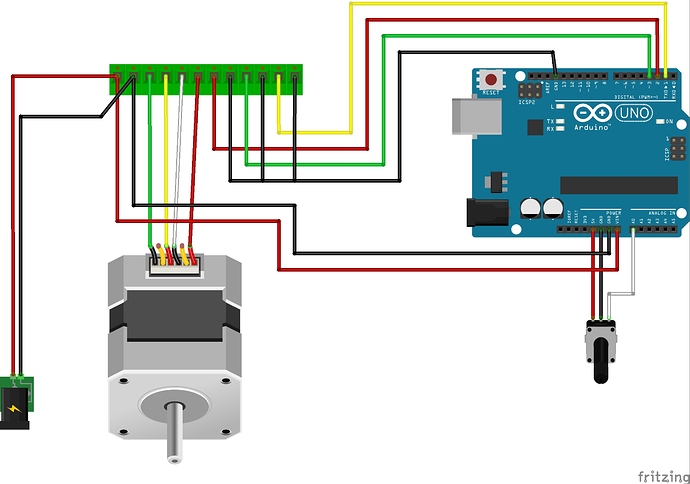 Download links for the Fritzing program ( for free ):
http://fritzing.org/download/
The Fritzer files from the setup i can send per PM

Hi Koen is there a universal steper motor or say one too fit a s10 v6 or 4 cyl. Throtle body or would this thotlebody be pre factory location inline before the one on the origanal efi.Just jumping ahead a little.?

Maybe I’m old fashioned, (not maybe, just really) but for me a cable is so much simpler.

I agree about a cable being simpler and reliable but
The 75% learning and attention to the AFR meter and one hand on the air valve is needed if you are in stop and go traffic.

I am not afraid of taking on just about any mechanical issue, but electronics still seem like magic

Koen I am so impressed with your knowledge and craftsmanship (and your operator partner)!

Electronic is the way too go fore more space under the hood. As easy as can be and we will get it after a whiles studying, Caint wait too get the siml’est version learned for starters, a section at a time, would be more readable too me , Thanks plus 30 charictors. I know your just getting started so i will stop talking and let you get back too idea sensencing programming stuff.I wish i would have taken electronic college instead of auto mechanics.usefull class insted of muffler repair change oil class when i had free schooling chance nafta.

I am not afraid of taking on just about any mechanical issue, but electronics still seem like magic

That is where I am coming from too!

It’s over my head too, but I am sure Koen has plans to run this stepper motor with a signal from an O2 sensor for an auto mixer.

A little sneak peak:
yes, i am working on the AFR to ad,