I started these Bloody Butcher tomatoes from seed about Thanksgiving. I ate the first one 3 days ago.
There are 70 or so tomatoes started and flowers galore which I pollinate with a small watercolor brush. Yes, every flower and I do it once a day with great results. The window faces SSW and gets 6 1/2 hr direct sun at this date. They get about 2" diam.now and up to 3" in summer. Skins a little tough but flavor is real good.
If you look close you will see that the plant is espaliered, meaning arms growing horizontally and shoots growing up. Also note that the flowers occur in the inter nodal section of the stem and not at the leaf axials. Note most of the fruit is in between the uprights. I use Super Thrive and it keeps this plant in great shape. I haven’t lost a leaf yet and it’s been 3+ months. It’s a bit pricey, but it goes a long way and look at this plant. Latitude 44.97 N
Enjoy or should I say, drool. Sorry.
Pepe
Tomatoes in winter 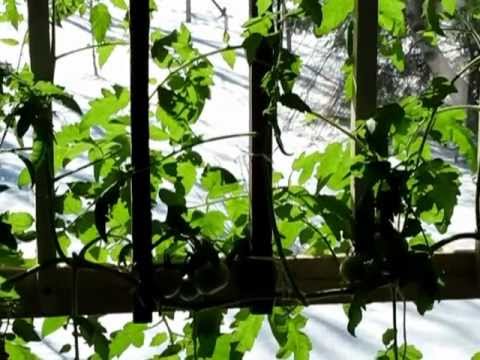 Now that is what I am ranting about,If it doesnot feed you, donot water it.
All of that production and food, is what we are after.
Now all the leaves and stems are needed by the soil for next year.

But the volitiles and the oils are there for the taking.
You can “crack it all” and run an engine

Or you can run your refinery at the proper temp to get the best biochar.
To feed your fields next year. You will still get the heat to warm
your family and you will feed your land.buy being a little less greedy.

To run an ICE you must totally break down the struckture of the plants.
Or you will make tar and stick your valves.

Burn some for energy and some for fertilizer. Two very different goals.

When I burn my grass clippings in a gasifier, I get large bricks.
And the minerals form into chunks that will take years to desolve.

If you want a long and prosperus life then you must
pay attention to the health of the soil that feeds you
The soil must be fead just the same as your litte doggie must be fead.

But to thoughs that have a hope and vission. The world is yours.

You got me hungry now ! Even though we had tomato gravy yesterday morning I think I will put in my order for breakfast tomorrow .

O.K. Wayne, we need the tomato gravy recipe. I love tomatoes and my wife never heard of it.! Chocolate gravy, yes, tomato gravy ???

This is the off topic area so maybe I won’t be boring anyone with our southern recipes.

It is three hours after breakfast and I’m still smiling.

Making tomato gravy is no different than making cantaloupe gravy .

Start with iron skillet with hot grease from cooking bacon or sausage . ( we didn’t have meat so the wife used coconut oil ) Add flour and brown, add diced tomatoes cook a little while and stir in milk ( doesn’t have to be fresh squeezed, store bought milk will do) and let cook to the right consistency.

Best if cooked on the ole wood stove but still great cooked on electric or gas.

Enjoy it poured over grits and eggs or a big cat head biscuit.

If any is left over ( which will be very rare ) be very careful of the disposal . If you just throw it out the dogs will get in a terrible fight and a possibility of losing a cat or two.

Cathead - n. Biscuit shaped into approximately the size of a cat’s head, placed in a greased, round iron skillet, and baked at 400 - 425 for approximately 20 minutes. Must have browned crust on both the bottom and the back. British equivalent is called a scone. Things generally called ‘biscuits’ which come from a ‘poof can’ are insipid slime and are useful for feeding nothing but a worm bed.

Sorry for bugging you guys again - but my translation website leaves me high and dry once again: What is a poof can?

I know that similar bakeries (yet a bit smaller than catheads) are called “poffertjes” in Dutch. They do also came with browned crusts on each side and are a real treat, especially when served with “Amaretto” (italian almond-based liqueur) or “Cointreau” (french orange-based liqueur). Could that relate to the poof can somehow?

“Poof can” is a sarcastic term used to refer to the packaging of so-called biscuits. It is a cardboard cylinder about 5 or 6 inches long with metal caps on the end for sealing. To open the cylinder you press the handle of a fork between the cardboard fibers, or simply strike it on the edge of a counter top, and the cardboard separates, causing the doughy contents to expand suddenly, or “poof” - the sound made when the cardboard cylinder opens. I think the idea was invented by Pillsbury, and they seem to be the main vendor for such products.

Pick some up in the refrigerated section of your local grocer, but use them for instruction and entertainment - not for food. 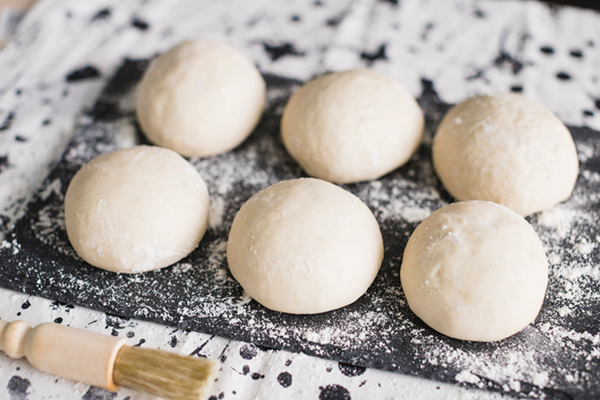 What Does It Mean to Proof Dough?

What does it mean to proof dough? It is the formal phrase referring to letting any type of yeast bread-like dough rise. During proofing, yeast leavens...

Hey, thank you all!

I get the picture - and I actually know that pillsbury crap… Now I think I understand where it comes from - “poof” was translated as the British English version for what is in American English likely called “fag” - so I take it that it is a mixture of the sound and some derogatory expression. 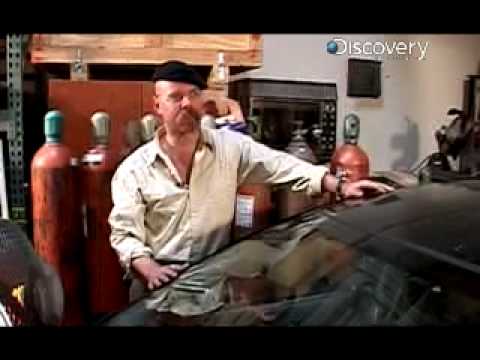