Starting the topic to gather all observations regarding Turn Down Ration, the why, what and How’s

There is some misconception on how to calculate/foresee a correct layout.
In this, i merely would like to contribute with my observations / thoughts, not to start endless debating

My first 2 cents: a car/gasifier being able to idle perfect and accelerate as a gasoline with the same power would require a turndown ratio from 40 to 1 ( just a blunt statement to stirr the sleeping braincells

)
a 4 to 1 turn down ratio is a good starting point already but then:
with at perfect idle you would only have 4 times more power at max…
( comparing throttle /gasflow @ idle with the full throttle @ aimed rpm )

edit: for those whom’s braincells need a wake up, 1 = the lowest gas-flow with good steady gas-quality, and the higher number is the max gasflow that your gasifier can run.

reference: The big stationary gasifier on site here has the lowest gasflow at 35% of the max gas flow…

How do you determine the minimum and maximum gas flow of a gasifier?

Seems my braincells have already woke up and gone, the few that are left are involved with cattle , farming, sawmillig and staying a step ahead of the beavers .

On the turn down ratio it seems I can idle OK on the low side and break all the speed limits on the top side . I think on level road the gasifier will hold 60-70 mph all day.

I will let you do the math .

The first video is a long idle ( very boring ) and the second is on the big road . 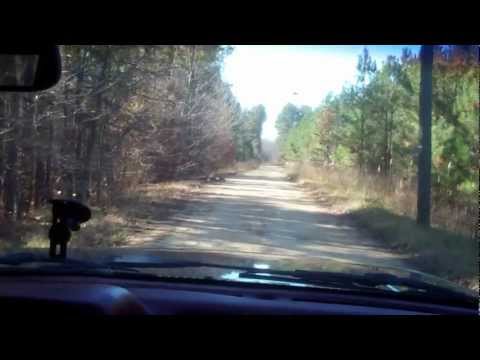 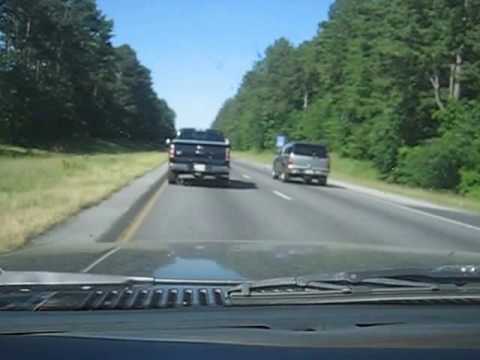 Damn, i would love to come over and learn more…

Yup, the advantage from a large size engine with a good gasification system…
The smaller the more difficult to balance…

Wayne, what is the actual engine size? , would love to do some math…

I don’t know if you could learn anything from here but we could sure burn some wood and do some smiling .

Keep up the good work Koen . We are all watching

If I understand this subject, “the big stationary gasifier” has a turn down ratio of just under 3 to 1.

Here’s the quick and dirty math.

From here: looks like we use about 0.5 gallons per hour idling on gasoline. At 16 lbs/gal that’s 8 lbs per hour.

If you drive a Dakota at 65 MPH with a heavy-ish trailer on gasoline, you can expect around 14 MPG. This can be done on woodgas too, and it’s about the top end of what it’ll do. If the MPG is roughly the same, at 16 lbs/gal that’s 75 lbs per hour.

That’s about a 10:1 turndown ratio. Again, quick and dirty math.

Chris, apart from dirty math, I couldn’t help noticing you’re looking at fuel consumption while Koen is talking shaft power.
Do we calculate turndown ratio on input or output?
The result may vary quite a lot.

Fuel consumption is roughly equivalent to power output, all things being equal. For this comparison, its actually the better measurement.

Gasifiers care only about how much gas you are consuming, not how efficiently you burn it or if you make any shaft power at all.

Another data point. Quoting Dr Tom Reed from The Handbook:

##5.7.4 Turndown Ratio
Another important concept in sizing gasifiers is the “turndown ratio,” the ratio of the highest practical gas generation rate to the lowest practical rate. The turndown ratio of World War II gasifiers varied between 3 for Imbert-style gasifiers with uninsulated V-hearth gasifiers and 18 for highly insulated V-hearth gasifiers. Vehicle operation requires turndown ratios of at least 8:1, making the need for insulation and proper sizing in high-turndown applications apparent. Although engineers often oversize equipment, this can be fatal in gasifier design. Heat losses tend to be independent of throughput and at low loads become disproportionately high. A low specific hearth load may also cause tar formation problems. A high turndown ratio is less important for electric generators and irrigation pumps that constantly operate at full capacity.

That is correct Bruce +1

I am talking about the same as Chris is, exactly the point what he is posting the correct information about.

Stay tuned, we all will learn…

I’ll try to clean the dirt in the math

in the link you refered to, for engine sizes on gas, the idle consumption rate was 0,84 GPH

@ the other readers on this topic;
The point as explained by Chris, is the only correct point of view to consider, the consumption on average, not the possible power output @ max

Check the chart again. You have too much fuel use at idle. 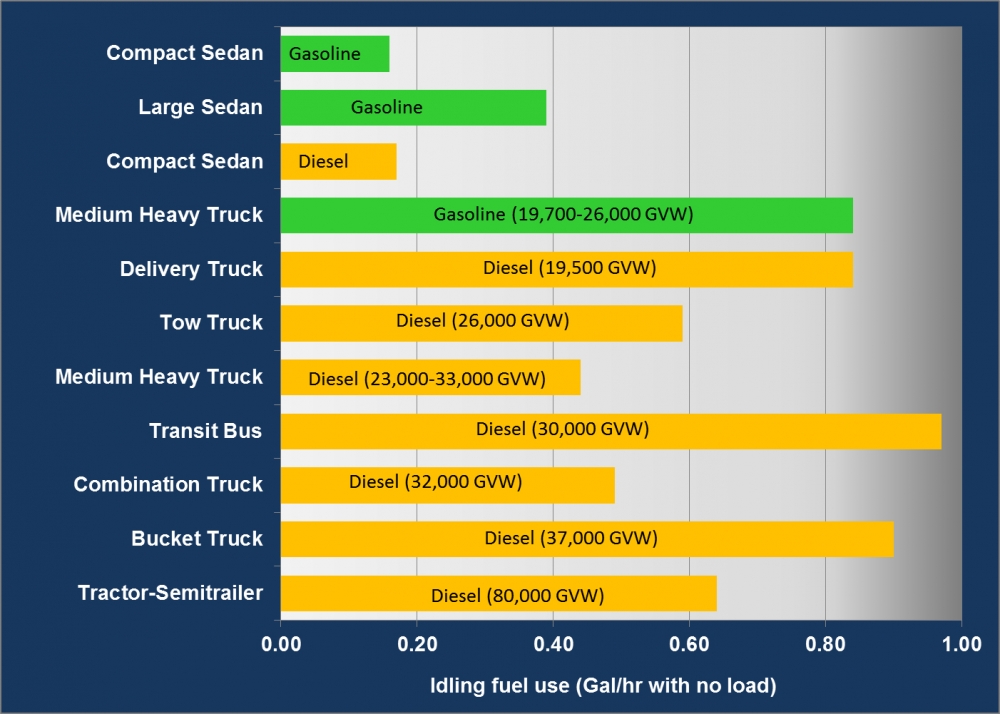 We’re much closer to the “Large sedan” which reading further in the article says was a 4.6L engine, and used under 0.4 GPH. To be conservative I bumped it to 0.5 GPH, since the engine is slightly bigger.

If someone has an OBD2 Dakota and wants to provide real numbers that’d be great. You can read the fuel rate directly from the computer plugin.

Yup. i did take / do take the numbers for the Medium heavy truck…

I see your point, now to fill in some real data from OBD to do the math again.

Anybody able to readout some dakota ?

This toppic triggers me to the question. Why does noone use a gas flow meter on the system?
The onlyone l saw useing was my friend here in Slovenia. l think a good gasflow meter shuld tell a lot in designing the best gasifier.

Did anyone come up with a proper way to estimate the turn-down ratio?

Hello Steve U , We need you

I have some methods yes, but all can be compared with what Chris already said before…

Here’s a relevant article Koen sent me. I added it to the library. Check it out:

Hey WayneK
Getting too Spring busy now, and devolved nuro-clumsiness fingers anymore to do much more then selected DOW reading anymore.

On topic: for individual-use stationary electrical generators, NOW, 21st Century use it has become mostly about fill-in charging of solar battery banks.
As the bank charges up the charge-in rate MUST decrease to avoid bank damage.
So modern 21st century woodgas electrical generation needs a much higher turn-down rate capability then the “electrical generator irrigation pumping” 3 to 1. 8 to 1, 20th century needs quoted in TomReeds article.

WITH the right woodchunked fuels, a properly internal sized gasifier hearth/engine-loading-matched, the BEN’sBook heat recovering System will produce at least a 12 to 1 turndown ratio. Of course any damn fool with shits-for-fuels can drive down this highest use possibility into a tarsmaking baby!
His all SS Victory Hearth systems were best operator use, 16+ to 1 turndown ratio. SS does wonders for keeping-the heat-in, working.
The last highly advanced all SS VictoryGrid heats/engine/generator integrated systems??? Higher yet. Was a confidential you-must-system-buy rating.

As said: smaller, hammers heats conversion efficiency. The very small all SS HotWatts were under the VictoryHearth systems turn-down capability.
Why the later added external insulating wrapping on the last version of HotWatts.

Stationary energy making woodgasifing is, and can be much simpler for the maximum wood-enrgy to USED energy %, used, utilization. This by good-use using in some useful form all of the produced gas, gasifier/cooling/condensing/filtering system, engine, gen heads produced Heats to do Work.
Then just as long as the net produces system wastes are simple: clean mineral ash, soots, neutralizable mild acid/alkaline condensates the “gasifier” conversion efficiency is verified.

Wayne, yours and others vehicles systems like VesaM, Dutch John’s do pass this (mine), best-use conversion standard.

Mobile, however you cannot ever capture for efficiency/claim use all of the made/shed off system heats. Not enough on-board space/weight to do this heats recovery use-utilization.
Just be happy with forward motion traveling without any longer being Top-Down Dino dependent. Able to grow your own engine fuel. That is true green. That is true reasonable, responsibly. That is true Freedom.

I find all approaches of optimizing one step at a time, then moving on to the next system step, building with now this “perfect bolt” " perfect brick" of single step knowledge to be a disaster for ever getting real usable developments done in the real world.

Ha! Ha! My sisters 2016 Ford F150 with after 5 seconds engine turned off idle run-stop/Start-Run system; two different neighbors Prius’s with no engine running idle/sitting - but start rolling forward on battery/electric motors beats all others Idle fuel use numbers.
For the cost of very complex 21st Century electronics, and newest-tech manufacturing dependnecies.
My sequential electronic fuel injected 21st century 12kW Miller/Kohler generator welder would off load 2400rpm idle back to ~.25 US gallons gasoline per hour. It engine/ge head pumped a lot of cooling airs for it’s 100% welding duty cycle at up to 104F rating. It’s sold, gone by-by now, to a better feed-it-fuel home.
My 172 cc Yamaha 2800 watt inverter-generator 2400rpm idles down to .12 US gallons an hour. Woodgas capable with my VictoryHearth system. Idle/standby fuel-gas demand at the low end of my undersized prototype VictoryHearth system. Why I got this particular inverter-generator.
Wife’s 98cc Honda 200 (1600 watt) inverter-genrator 2800rpm idle uses only .09 gallons an hour. NOT woodgasable through my VictoryHearth. Underdrawn, heat cooling off turn my VictoryHearth into a tarsmakingbaby. The smaller HotWatt, would have been good for this smaller Honda inverter-genrator, yes.
Who wants to fine process the really small, wood chunks just for the lowest numbers bragging rights, eh?