Making charcoal seemed to be a process where you have to set away a block of time and be around to keep an eye on it so you don’t end up with a barrel of ashes unless you use the method shown in this (long) video. 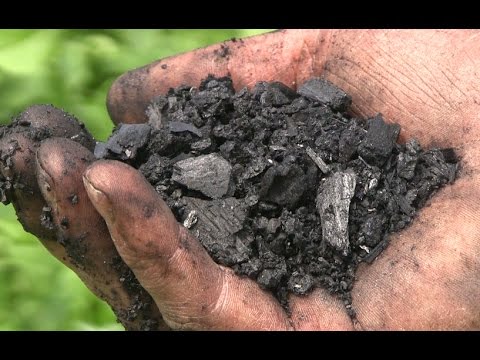 This idea uses a double barrel with the inside barrel sealed except for a series of holes in the very bottom. this seals the inside barrel against the bottom of the outside barrel until heat pressure drives the burnable gasses out of the bottom which burn in the annular space between the barrels and adds to the heat which drives out more of the gasses until all the wood is charred. The process then is sealed by the weight of the inside barrel and left to cool without oxygen until you want to empty it the next day or whenever. They claim it makes high quality charcoal.

Hi Don, I’ll say your despair about babysitting charcoal is not necessary. When using 55 gallon drums, it takes about 10 minutes to fill and light it. Put the afterburner on and leave it alone for an hour to hour and a half. Take off the top barrel, check inside and pull some pieces from the sides and put the barrel back on. Maybe one minute. Go away for another hour then check again. Same procedure. Now the skill of the colier kicks in. Getting the last of the brands charred, controlling air takes some time, but not that much. Close up the holes, put the lid on and let it cool down overnight. In the morning dump the contents into an air tight drum and start a new batch. Easy as mud pie. Ready to make some at Argos this year?
Gary in PA

I hear what you are saying Gary, but if you watch the video, this guy claims to light the fire and then he leaves for work and does not look at it again until the next morning. That part kind of caught my attention. I am glad to hear that you are also planning on Argos this year. I understand Jeff Davis is also coming again too. Can’t wait.

Yes , Good to hear Gary and Jeff will be at Argos

Hi Don; I build a similar system as the video, and it worked really well. I cut up some hickory, made good charcoal. I used a 55 and 30 gal. drums. Al

Thanks for the video Don. This guy is very informative. I’ve seen others make charcoal similar to this but I fears the holes in the bottom of the inner barrel would allow the charcoal to burn because the fire was started at the bottom.

Hey Bill, the way I understand it is that those holes will not allow air in to that otherwise sealed barrel so the only movement is out of that barrel under pressure of pyrolysis. The only concern that I have is what happens if the bottom rim of the 30 gal drum would not fit tight enough if the 55 gal drum bottom got warped somehow. Also the fire is started at the top not the bottom and the pyrolysis gasses burn in the annular space between the drums starting near the top and working its way down until the char is finished. The air vents at the bottom of the 55 gal drum create a chimney effect in the annular space to draw the gasses up to the fire.I think insulation around the outside drum would be beneficial.

Initially I needed charcoal to run a forge. On the journey to find out how to make charcoal for that purpose I discovered biochar and gasification to fuel an internal combustion engine. At the time, it seemed that the 2-barrel method with 30 gallon retort inside a 55 gallon barrel with a 6 inch chimney was the best choice. I couldn’t find a 30 gallon barrel with a removable lid so I had to fill the 30 gallon barrel with wood, place the 55 over it on blocks, and then insert a rod under the bottom of the 30 to hold the barrels in place while I turned the barrels so the 30 was upside down. In the videos it looked easy to flip the barrels without the rod but I didn’t have much luck doing so without getting wood under the bottom of the 30. After a burn or two I became unsatisfied with that method. It’s a royal pain trying to stuff fuel between the barrels, and I had some charcoal that wasn’t completely converted because there wasn’t room for enough fuel between the barrels to complete the process.

When to bottom of the original 55 gallon barrel burned/rusted out I had to find another way to support the 30 gallon retort inside the 55. I used ½ inch rebar welded together in a triangle set in notches in the top of the firebox. Four legged tables can rock, three legged tables do not. However, the ½ inch rebar would get soft and bend under weight so I had to weld angle iron on them for more strength. Since I needed a bottom for the 30, I bolted a disk blade slightly larger than it’s diameter for a removable bottom/top. I bolted the center hole in the disk blade closed because the gasses exit between the disk and the barrel and I have a few holes drilled in the top/ bottom of the 30. The disk blade was a lucky coincidence. It’s heavy enough that I doubt it will burn out any time soon. It’s also curved, so it settles nicely onto the rebar/angle under heat and directs the flames from the firebox and gasses from the 30 up.

That worked pretty good but it still seemed that I had more smoke out the top than was politically correct so I stole an idea from Gary Gillmore and used the remaining 2/3 barrel set on a rebar spacer as chimney. It’s not completely smokeless, but it smokes less…………less than cooking a hamburger on a hibache.

After lighting the wood in the firebox, the 30 will off-gas in 20-30 minutes and burn is complete in 2 ½ -3 1/2 hours. Off-gassing is not strictly linear and regular, small and dry to larger and damper, means that once off-gassing begins to burn on its own flame, at least a small fire must be maintained in the firebox. The off-gassing process will start and at times diminish to the point that the burn will not continue to completion without a source of heat and flame in the firebox to maintain off-gassing. It’s possible for the off-gas burn to take over and burn very vigorously for such a duration that the fire in the firebox will nearly go out before off-gassing is complete. Once the burn is complete I just walk away until the charcoal has cooled completely. I have fired twice a day by dumping the nearly cooled charcoal from the first burn into an airtight 15 gallon barrel. Depending on the size and moisture content of the wood in the retort, approximately 30 gallons of wood is converted to 15 gallons of really good charcoal while burning 15 gallons of wood in the firebox. . I suspect that if you want to start a fire and leave it completely unattended until complete, a larger firebox (2/3 barrel) with more wood would get the job done.

This retort isn’t for the faint of heart. Although I’ve never seen red metal other than the 30 gallon barrel supports, it gets HOT. Laser thermometer readings on the outside barrels were around 250 degrees, but internal temperatures were higher. The thermometer I used goes to 900 degrees and then simply says “higher”. Pointing the laser through cracks and holes, in some places read “higher”. With good dry oak it sounds like a jet engine when it off-gasses and the flames may be 8 foot high. Considering that flammable wood and wood gas from the retort is at roughly a foot off the ground, it does get warm.

Argos will be a blast…