Vertical engines I have but horizontal engine poor. I remembered an old Ariens mower I have with this set up. 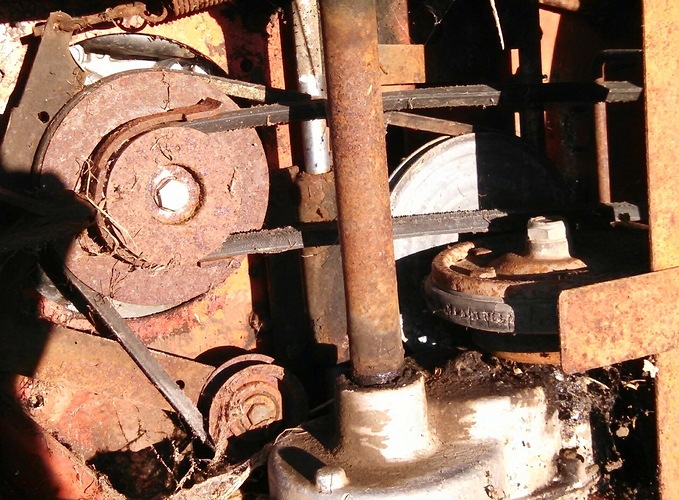 A friction drive or friction engine is a type of transmission that utilises two wheels in the transmission to transfer power from the engine to the driving wheels. The system is naturally a continuously variable transmission, by moving the two disks positions the output ratio changes continually. Although once used in early automobiles, today the system is most commonly used on scooters, mainly go-peds, in place of a chain and gear system. It is mechanically identical to a ball-and-disk integra...

Very poor efficiency, I wouldn’t try putting 20hp through it for any length or time. Lots of heat.

Hi Tom, find a 90 deg.gear box off an old brush hog, put a pulley on the shaft where the blades are originally. Al 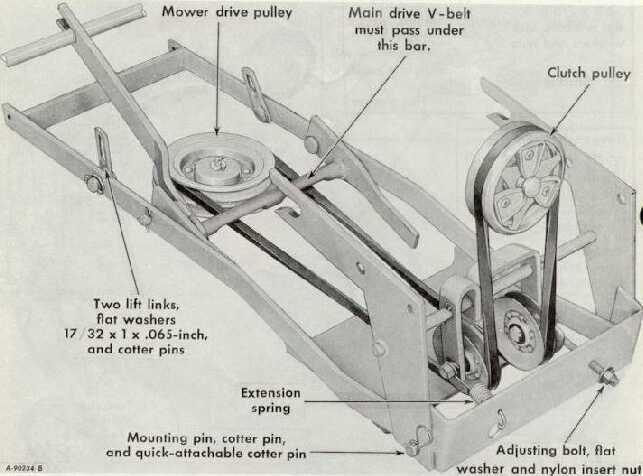 Look up a mule drive.
I think Mr. Don has a setup like this on his saw.

Marvin I had a old cub cadet ridging mower that had that same sit up on it.

That drive line doesn’t care what HP engine you put on it. As long as you stay within the RPM range, 4000 RPM being the maximum.

The load is what determines whether your going to snap belts, or rip the rubber off of your driven disc.

So if you had a 20 HP gasoline engine, and you wood gasified it, and your HP rating is diminished because of the wood fuel, then your HP might only be 10 HP, and those Ariens typically had engines rated around 10 HP to drive a 30" cut mower.

If your using it as a mower, or expect to drive it around, you pretty well have to use a vertical shaft engine.

I don’t think a horiz. shaft engine need be considered with that driveline, unless your going to make a wood chunker out of it?

They also have a right angle 1 to 1 gearbox rated at 32 HP for $150 but input is 1800 rpm max. Which really isn’t a big deal. I just kinda like using whatever is on hand to get the job done.

What are you using it for Tom? It may or may not have what it takes. There are many ways to change planes with or without changing speed but the best are the ones that use what we have. That seems to be something most of us have in common.

Jim
In my case to power my chunker. But the reason I started this thread was to get the groups creative juices flowing and the knowledge out where maybe it will help someone. Many ways to skin a cat I want to learn some new ones. After seeing Bill’s setup at Argos and the thought he put into it impressed me as did Marvin and Bill fine tuning the belt drive on the lawn tractor till it purred like a kitten.