This Lincoln/Kohler welder showdf up hrrd one day when I was gone. Just got to looking at it now. The cover was not fastened so I lifted it for a look. This is what I found, transformer looks like it took a bit. Dose this mean it is junk? It has been pached in many ways. I don’t want to waste a bunch of time on junk and it kink of looks to be to me. 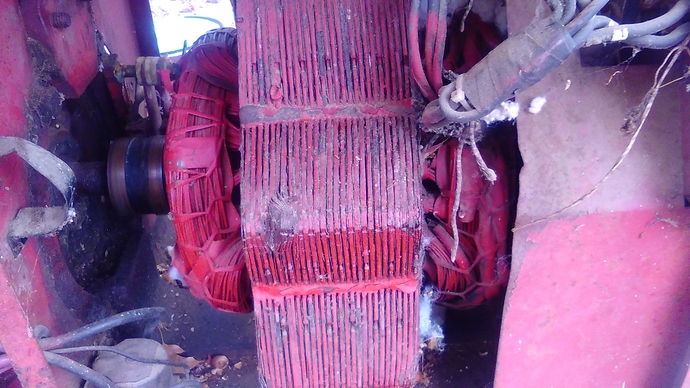 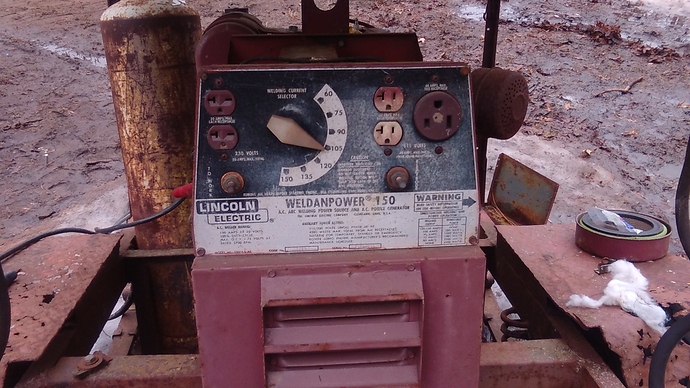 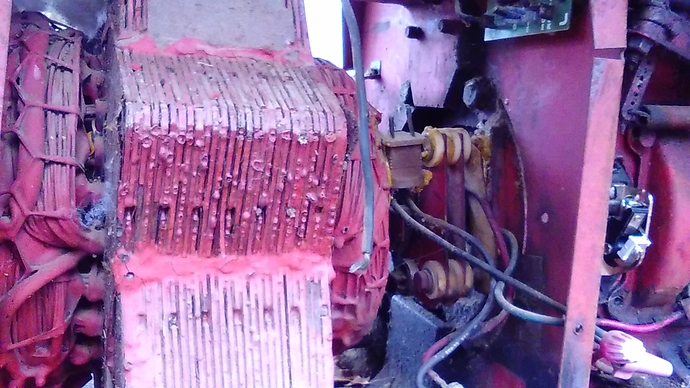 Just fire it up and see what happens. Got nothing to lose.
Or just bring it to me. I don’t mind wasting time on interesting junque.

If the engine turns over, it might be worth saving. Single cylinder Kohlers are hard to kill. I paid $50 once a long time ago for an engine driven Lincoln welder in worse shape. It WAS junk, but I would still take it back now…

I have a old Lincoln that looks just like that.
I believe its a 210 ac dc with a 6000 watt generator, it worked real good up until the rod broke in the motor. I think this one is a 18hp briggs.

I was told by the neighbor that left it that it had spark so it should run. It has no spark and only one half of the points were there . The point cover and one of the point mounting screws was also missing. Got points to put on and realized there was no wire to them. This one is old enough that the coil is under the shroud since that is where the plug wire comes from. I haven’t pulled it off yet. but the last guy that quit must have because it is missing screws there as well. The carb looks like they had cleaned it already and had used silicone for a gasket. I believe all my other Kolhor engines have had a 12 volt automotive coil. Wiring is a mess with some solid romex wire on dc current. I guess I should just fire it up but after seeing the transformer all mashed up and some of the other fixes it kind of took the wind out of my sails. I could always use another Kolhor engine. We’ll have to see what tomorrow brings

I could always use another Kolhor engine. We’ll have to see what tomorrow brings

Strip it down and rebuild the poor thing.

The core looks like that because of the way it was made.

The laminations were stacked in such a way you have those odd looking gaps ( normal )
The bubbles and drips are from the core being actually dipped In a tub of vanish at the factory then baked hard ( also Normal looking ).
It appears it may have been dropped on a bench ( it happens but its not a big deal just loos bad )

The red paint is not factory.
This unit was taken apart and worked on in the past.
Looks like someone did good job too, the paint is not sloppy and no places were missed.

Likely it had the brushed changed and bearings done

Slip rings could stand being stoned.
Hard to find stones for this now, but this will work.
http://www.partsfortechs.com/asapcart/slick-stick-polishing-tool-for-onan-other-slip-rings-p-435.html

An old Navy trick is to get a piece of REAL canvas and tie on a stick and apply pressure to the rings to polish under while running. ( do the same for a stone ).

Stones remove metal and can square up a set of messed up rings.
The canvas will just polish and your look like you just have some dirty rings.
In a pinch wire wool or a scotch bright pad work by hand on a stationary rotor ( just make sure there is nothing left that’s conductive. )