What can we recover from the pyrolysis of wood?

There are lots of things you can do; However, taking any heat from this process, must be put back into it. Only if you it can not achieve temperatures required to adequately simplify the molecule chains. Think about all the byproducts of this process, some good and some are bad. Radiant waste heat, tars, moistures, refined gases.

Air preheat is one way to capture radiant heat and put it back into the process. Better insulation methods to retain heat. Moisture created that migrates to the hopper to condense later then creates a vicious cycle. The moisture and these tars create a few problems with your fuel flows and more energy is also needed in the drying process and later combustion process.

If you are looking to take heat from the system, get it later in your process, Gas cooling stages and waste engine heat.

Matt. excuse my english … this is not my mother tongue
I questioned myself about the transformation of wood into charcoal in a horned.
The idea is to minimize the emission of CO2 during production of coal

I believe Thierry means oven / retort when he said “horned”.

I may be wrong, but I believe the question is whether it’s better from an efficiency standpoint to make charcoal for gasification, what method may be most efficient, and possible spin off benefits.

Some on this site have worked on heating systems producing charcoal, either from pellets, or as Jeff Davis has done, from small wood. I believe for simplicity and efficiency that approach is hard to beat. Jeff has videos of his system on YouTube.

You have understood perfectly.
Thank you, I’ll see what Jeff Davids to put on you tube

Never had the time to do much with it. 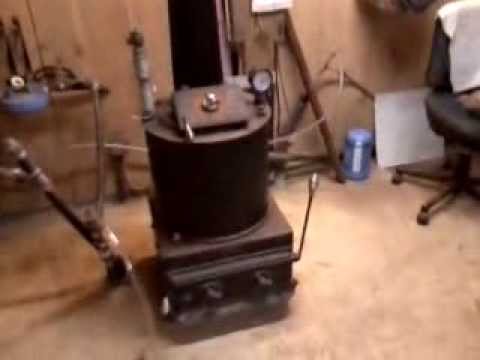 Some day I’ll remove the top rocket boiler and put a cone on top of the grate-charcoal-collector. I need to grow some time this summer.

Thanks for the interest.