Whats under my carb

The video is pretty dark but it shows the duel blast gates that I use to control the wood gas and air on my engine. 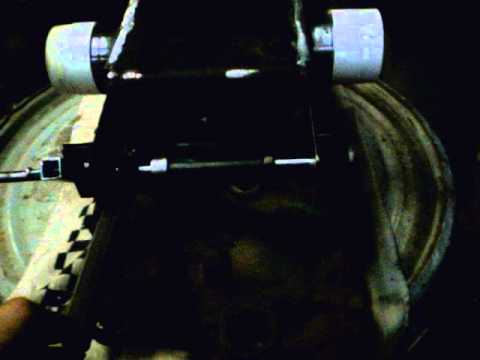 This is very good, gates are very smooth. I can’t really see the details in the video, could you take a few still pics and post them? Thanks.

I really like this idea, actually I had purchased a few of blast gates to do just what you showed, it’s nice to know that it works so well.

One question. Would there be any reason why someone would want to have the woodgas throttle (blast gate valve) and air intake valve (other blast gate valve) independent from one another i.e not linked to one another through a linkage which maintains a constant 1:1 ratio.
I know it complicates things a little more but thought in certain circumstances it might be beneficial to be able to lean or richen the fuel mixture i.e starting the vehicle on woodgas, or using gasoline to get up hills ect. But I don’t know.

My air/fuel mixing valve is separate from my throttle on my truck. Load changes and driving changes require small adjustments. Time will tell on this gate setup of Dave’s. Will be interesting to see how it works when a good load is put on that engine. The setup is a good start.

Here is a better video of my setup. The gates can be adjusted separate to allow for gas quality and tuning but not on the fly. My intake air comes in on the left side and is pulled back through the fan when the fan is shut off. I would think that a speed control on the fan could adjust the fuel air mix 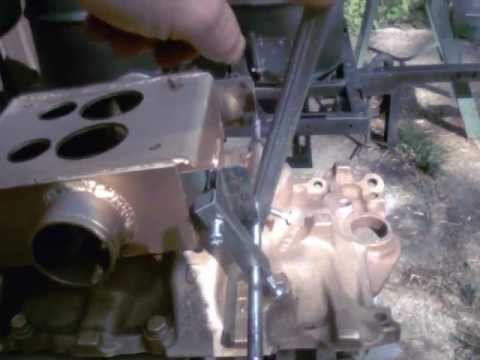 Please consider this as a well meant warning, because I really like your technical achievement. But how well are you going to filter the gas? Even very little soot will cause the plates to stick. It will be an exciting, but undesired experience when the gaspedal remains on the floor…

Thanks DJ
Your point is well made. perhaps a emergency shut down valve ,like the old Detroit 6- 71’s have, is in order here.