When to say good enough...?

I’m at the stage where I pressure test my internal air preheat parts… I usually button stuff up as well as I can and then hook up the air compressor, pressurize the system and use soapy water to find any pin holes… I typically set the regulator on the compressor at around 20psi… today I forgot to and it was set at it’s maximum of about 130psi…

But my thoughts are here, when is something good enough?

What kinda test are others using to see how tight their builds are?

Petrochemical industry standard is to test and hold at 1.5 times design pressure for 15 minutes, and usually design is around twice operating pressure. Applying that to our gasifiers, let’s say we’re pulling a max 50 inches water column while operating. So if it’ll hold 150 inches (5.4psig) for 15 minutes I’d say you’re doing good!

HA HA … Billy, your setup in Kansas was one of the best I’ve ever seen. It’s an honor !!! Mike

Hey MikeL! The best you’ve seen? You must have been looking at Wayne’s setup instead of mine! That, or the heat was getting to ya! Man, was it a scorcher that weekend. That gasifier I brought was my first flux core welding project, and I’m convinced more weld bead was ground off than stayed on! After much cussing, grinding and rewelding, it finally held water. Here’s a short clip from my first gasifier showing plenty of drips and gas leaks: 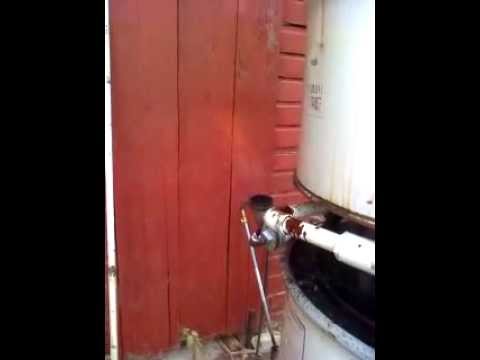 My testing is usually with water and will depend on what part of the gasifier .

There are certain parts that I make sure there are NO leaks Some parts a very small pen hole would be OK .