I found these flame color videos of 2 of the gases in wood gasification. 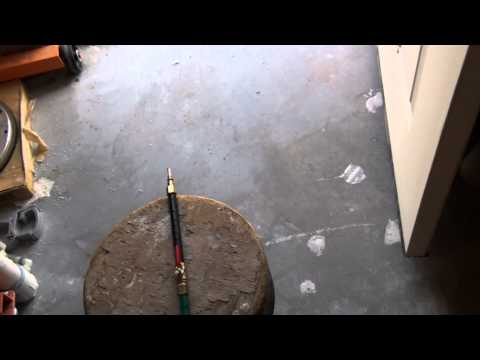 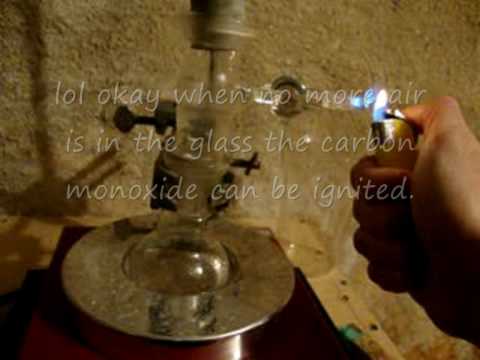 These are non-woodgas controlled productions of the gases CO and H2 to insure the purity of their flame color.
In the CO vid @ 1:18 the blue flame starts. @1:56 if you look closely at the flame you will notice a faint hint of purple in the blue. I have seen this mixed blue/purple color in my swirl burner. I have also had flames that were practically invisible as he states in the vid. I’m surmising from this that my unit is producing primarily carbon monoxide.
At some points during the burns I also get some strong orange flames. You can check out these colors in my vids posted in My first small engine run. 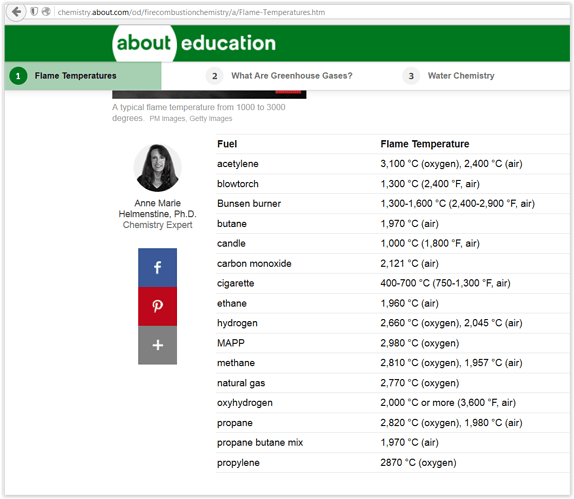 Hey Mr Pepe
I liked the flame temperature chart that you put up. Thanks.
Shows why the best to use an acetylene/oxygen mix.
Bracketed r.h. side-bars has to be read carefully as it is sometimes the air versus refined pure oxygen differences. Other times bracketed number is just a Fahrenheit equivalency to the Centigrade primary.
Ha! Ha! I’ve been seeing to all of those yellow, to blue, then purple flame colors in my air tight wood stoves since 1997 at different stages of the burn too. Takes a high temp glass windowed door and very tight sealing for the precise air/temp controlling.
Regards
Steve Unruh

Hi Steve,
Yes, I had to look a couple of times to read it right. One thing I found interesting is that CO and H2 have almost the same flame temp in air, 2121C and 2045C. Correspondingly, 3849F and 3713F.
I believe carbon monoxide has essentially as much energy as hydrogen. I never thought about taking the temp of the flame in my swirl burner, but now I’m really curious.
Pepe

Ive pretty much given up trying to determine gas cleanliness by color. I go more off the transparency; on sunny days this is harder to judge even dirty gas can be difficult to see. If you have overcast and you are still making very transparent gas you are then making good clean gas. When we get into the potency this is where color makes the difference. When we have a good pink / purplish flare this I think gives the most power and is clean. A good brilliant blue flare is also very clean and still powerful but is harder to achieve. Our machines bounce back and forth thru a range of colors from faint yellow / orange thru the pink / purple and blue colors. This all depends on many things core temps, fuel flows and loading. One thing I always want to see in any flare is the blue hugh at the base, this is an indicator you have a good reduction process happening. No blue base in the flare, is a no go for us when we operate. I get it all the time that there is a belief that we must have this solid blue flare. This is not what I want to see at all.

Here is a simple experiment for you Pepe. When you are running put a paper towel over your flare tube and light your gas and see the color change. Yes you most likely catch this on fire in this process so take caution.

Keep in mind some are just getting started and are not at operating temp. 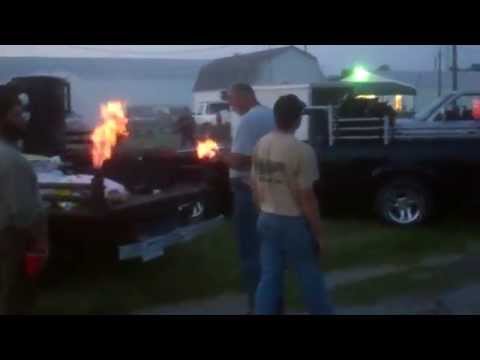 Here’s a clip that’s pretty representative of my flame colors as they generally occur. I’m using mixed hardwoods. Next spring I may do some individual species burns and record the colors for comparison. One more reason to burn. 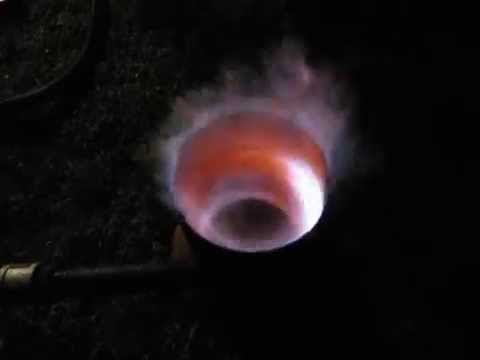 Matt,
I will definitely try the paper towel over the flare tube. You have me interested now. I will try it without lighting first to see what collects on the paper, then do the flame thing. Will post results next spring as I’m shut down for the winter. I’ll be tearing down soon to see how my gasket experiments held up. I will post these results as soon as I have them.
Pepe 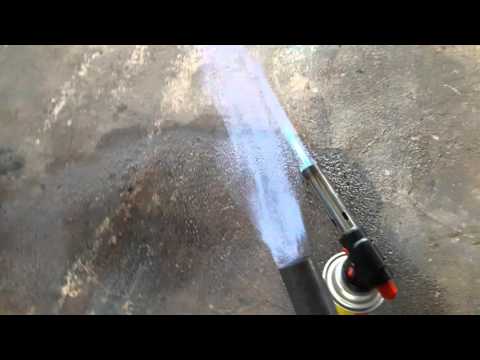 When my gasifiers are warm and steady, they produce nice clean blue flame, if i go low on airspeed, some red pinkish color appears.
This is, imho, due to the amount of non converted water in the air if the temperature in the core is going below the needed point.
i consider this as lowest level from the turn down ratio.

Don’t let the color fool you… its also depending the camera used. 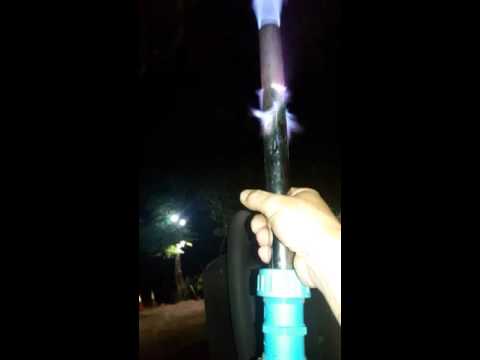 Both in the same run

Also, the amount of air mixed in , before the gas exits the pipe, and the air humidity, do change the color…

Don’t let the color fool you… its also depending the camera used.

Also, it looks like 1 picture was without a flash and one was with. Digital cameras do so much “guessing at settings” for each picture based on what they do see, that it’s almost impossible to get comparative pictures of such things. Only a few very expensive professional cameras still allow the user to control the settings like an old manual film camera.