Words of inspiration and humility

I ran across these in the bottom of a one dollar auction box my wife brought home. Some have probably seen these, everyone should.
Pepe 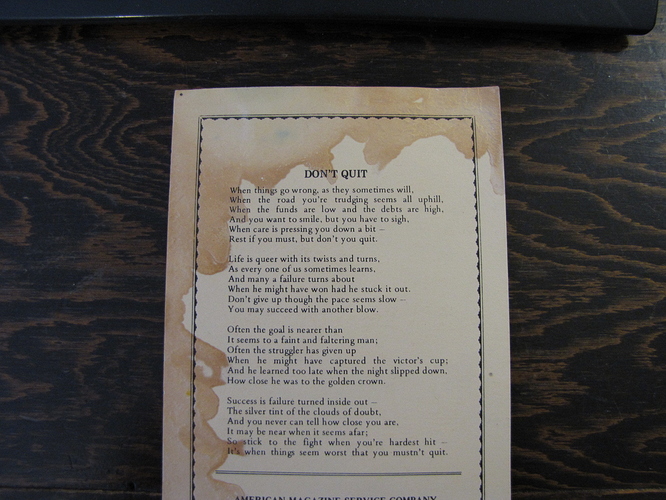 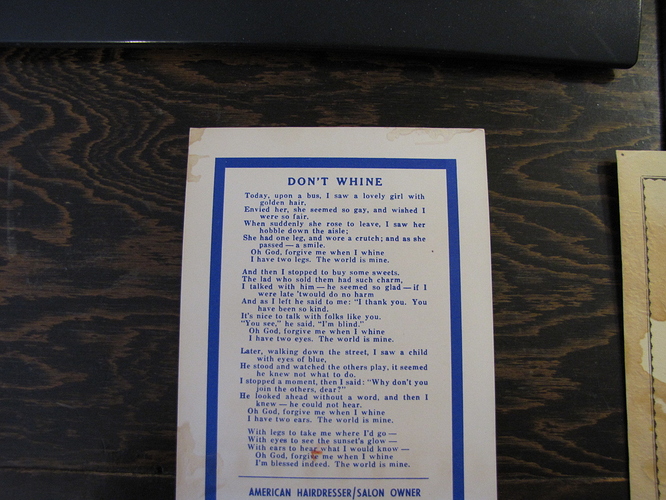 I know, they won’t enlarge, I haven’t figured out why yet.
Pepe

Wow, that’s very similar to this one Hank sang. 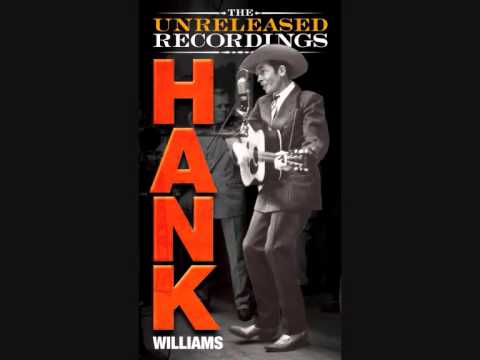 I also like this one with the smoke , soot, dirty hands and a little sweat now and then . Watching the gauges , listening for the engines moans and knowing ever sight , sound, smell and feel of the machine .

I guess now days the trains are operated by computers . 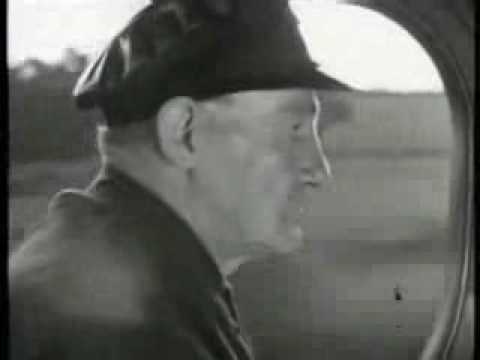 Richard, right-click on the picture. The drop-down menu will give you several options. Choose “view image” You will see the image by itself on a page. Touch the ctrl key and tapo the + key. Every time that you tap the + key, the image will be enlarged.

Thanks, that works well.
Whoops, I meant William.
Patsy Cline an All Time favorite, music and a voice for the soul.

Most locomotives are still run by hand and still by feel. Just different levers, different gauges and different fuel.

As for the sweat factor, yes…but only if the air conditioner fails during a run😋.