You Don't Own That Truck You Just Bought It

So after paying for it you just have the right to operate…? 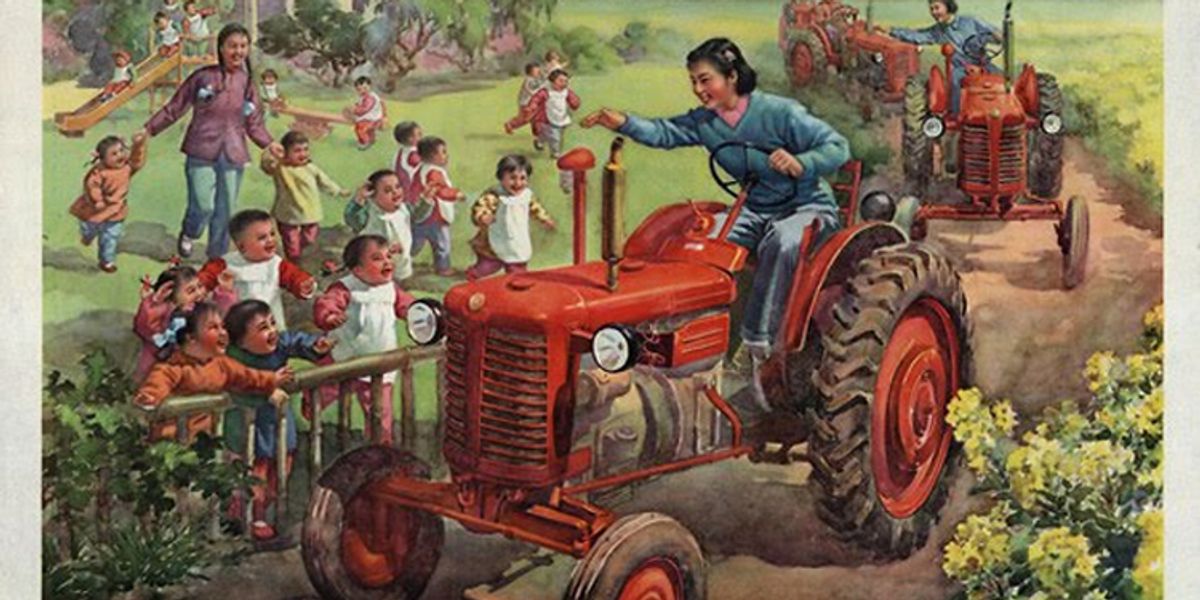 Brave New Tractor: John Deere And General Motors Pretty Sure They Own All...

You might think you own your car, but depending on how much computery stuff is built into it -- and in today's modern times of today, that's all of it, Katie -- your name might be on the title, but as far as the manufacturers are concerned, you're...

Yes, I have signed “right to repair” petitions for the last 3 years. This is basically the same thing. This may sound minor, but once a LEGAL PRECEDENT is set, this trend could cause much greater harm to the consumer. Monopolizing repairs and pushing them to the dealer is definitely within their intent.
We can’t put our heads in the sand any more. Look where our country is today.

One inch at a time…

Actually friends this has been folded into the “you cannot legally tamper with the original equipment manufacturers FACTORY certified emissions control system” laws that have been in place since the early 60’s California. U.S. Federal beginning in 1967, and toughen up since then with other State’s climbing on board. The on-road automotive watershed year was 1996 with then Federal mandated tattle-tale electronic memories systems. NO auto manufacturer then could any longer make and sell any new simple mechanical control system for use on US roads. Further toughed up in 2003.
On-road diesels then step by step folded electronically in. Warehouse movers like man-lifts and forklifts electronified to be “cleaner”.
Then train motive rolling stock engines. And trailer refer rigs engines.
Farm Equipment and outdoor machinery has been the jonney-come-latelee’s to the “we know electronically better for you” top-down new culture controllers.
University trained continuous process control/improvement says that their is no end game goal anymore. Continuous change; for more directed control is the will never to ended game now.

As per this article it is easy to bash the big corporate entities. Live through the 70’s and you can see they were kicking and screaming dragged into the “new, clean and green”. But once US Fed mandated and then billions engineering committed - then the momentum of easy set-up trapping $$$-greens profits overwhelms common sense. Corporations always easy prey to greed. The greed drive is from shortsighted quarter earnings investors. Your very own 401k funds managers. Working for thier bonuses and upper-yupper lifestyles too.

Your real personal freedom enemy is your insistent “cleaner”, “better”, voting neighbors sending their kids to Degree, and earn the bucks expecting a Gates/Jobs/Suckerburger-like, upper-yuppie lifestyle by electronified world-changing. By fleecing the sheeple one “easy” monthly subscription payment at a time. With the newest, latest, greatest (soon obsolete) Ap.

Just now these new culture easy-money’ers are bobbing around in dino-oil plastic made kayaks on the water protesting off shore oil-well rig repair/resupply killing off more family wage earning hard-sweat blue collar port jobs north of me in Seattle. Just the same as has happen here with logging, woodproducts, fishing jobs here.
Gaia is the new declared God. Ultra Eco-Green the new believers religion.
I say, “Let them eat oil. Heat with frac’ked out of region gasses while that non-sustainable lasts. Cloth with oil plastics (or 3rd world slaved natural fabrics). Build with urban trash blocks.”

All my own opinions of course.
Steve unruh

All the while trying too compete with asian slave labor shop workers.Thats the new model,slave labor makes the kings rich, I would hate too see big guns fall intoo slave hands after them being pushed and or mowed down off there land.GET A DUIL in china and be exicuted by fireing squad.a freind of mine works over there with engineering.NOPE COMUNIZIUM AINT GOOD.

They are using the DMCA laws not emissions laws. Those are the same laws that record companies use to bust people for sharing music online, and pirating software and quite a few other things. These are the people that if your kids sets up a sharing site for a song, will come in and slap you with some ludicriously high fine for sharing music like 50k.

I assume they were put up to it by people they license software from. I don’t know, but I am guessing there are hacked versions of their software floating around since “reverse engineering” software is legal, but you have to completely rewrite it from scratch and flash it on. Some of the after market tuners might be affected I don’t know.

I just can’t imagine JD or GM would want to -win- this one. People take those products hack the heck out of them, and tune them for their purpose.

Between street racers and “farm repairs” it probably accounts for 25% of their product improvements or ideas for improvement. And now you have a whole host of people wanting to tune for efficiency.

At least the last 9 presidents have stated, we need to reduce our foreign oil imports. Emissions is one way to start to target that by removing wear parts, engines don’t need to be tuned as often and are more efficient and have less pollution. You used to be able to pick up old mowers from the curb, change the points because they were worn out, and have a working machine. The ignition modules last longer, and keep the machine tuned the whole time.

in 2005, we imported over 5B barrels of oil, at 100/barrel, so 500B dollars was lost out of our economy(most of which goes to canada). Then in 2006 the economy completely tanked, because no one had any money left. So the government had to come up with a trillion dollar stimulus that fell flat on its face.

Fast forward, we imported 3.3B barrels of oil last year, if that holds true for this year and oil stays at 60/barrel, we only lost 120B dollars out of our economy. In otherwords, we get an economic stimulus of 380B over 2005, which in 3 years pays for the whole program over a “rebate” or a trickle-down type of stimulus. And we get a heckuva lot more out of it.

Obama simply took the Bush energy plan, and expanded it to include =everyone=. We haven’t done research on alternative energy since Carter. Our tech when we started was pretty much 30 years old. But the reason was simply to apply what we have learned over the last 30 years to the old technology across the board.

The object was to attack the price cap for fossil fuels. You do this by having a viable competitor to the technology. The old cap for oil was 130/barrel, today that number is 80/barrel. Over the cap number alternatives are cheaper, and in some cases alternatives are already cheaper which is actually completely unexpected. It is a 30 year plan, and we are like 7 years into it. It takes time to find bugs and fix problems.

The old addage “fossil fuels are cheaper” is no longer true in all cases.

For instance they studied the 50 largest cities in the states, and 42/50 are at grid parity for solar with subsidies, over 30M people are at grid parity
without any subsidies. That number is growing, as the price of panels, installation, permitting, and inverters drop.

It isn’t JUST solar. We have seen improvements to pretty much all technology across the board to be more efficient, and cheaper.

We also have gotten infrastructure changes, manufacturing changes, and semi-conductor changes, etc. you start putting this together and we have some real savings for existing markets, and new technology for new markets. New manufacturing, new exports, etc.

It all helps. Even woodgas helps. I have seen continual improvements in the technology over the last few years as well as new ideas pop up to solve various problems. It just takes time and effort to get there, and it doesn’t always work as well as you hoped and sometimes you get lucky. As a general trend it has improved and the market has grown. You used to be able to find a handful of video’s on youtube, and now you see hundreds of people with gasifiers.

It is all like that thus the 30 year plan.