here is the lattest video if my “Volkswood” retrofit. my sys was in storage for a little wile as gas was affordable. now that it has gone over 4$ again, we will be using it again. the retrofit is taking a wile b/c i am addressing some of the issues i didnt like b4. like now there are no bottle necks its all 2". now instead of the gas starting on one side and going around the bed rails and coming out the other side, it now goes up both sides and exits up front. the cooler was too small and instead of just spending money and making another one, i decided to test weather it makes a difference adding more flow. if it works i will make a new one. i live in the mountains @ aprox 5757’ so power is diminished as opposed to driving @ sea level. the fastest i have ever got it to climb the mountain is about 35 MPH on the flats it goes as fast as you want. im hopping the improvements will help it go a little faster but it dosent really mater the speed limit is 35 i discovered wood gas in 2008 and i didnt have the internet at the time it took me 5 years of tril and errors with the open top units until i made my first imbert and it all finally worked (no tar) then we built this car i specifically chose a VW b/c you can take the pistons and cyls off the engine and replace them at a relatively low price if some thing should happen it started as a beelte and i did the custom body the top is removable in two years i put over 300 miles on it with the gasifier it isnt much but were i live nothing is far apart and i dont believe in driving it unless i need it =)
. 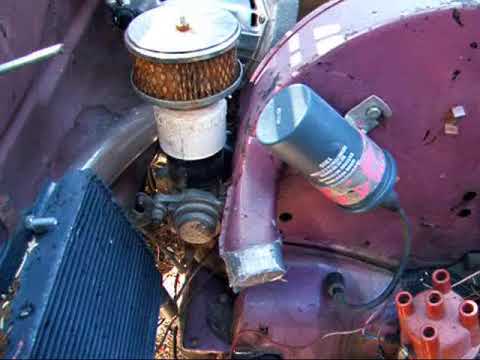 A post was merged into an existing topic: Volkswood 1971 bug-truck with Imbert gasifier