Does it break out the visible hot spot to more then one device? Send specs pls.

I have not seen one in person and they are expensive. Yes, plug a sim card in. It has some good setup parameters to work with sim cards. 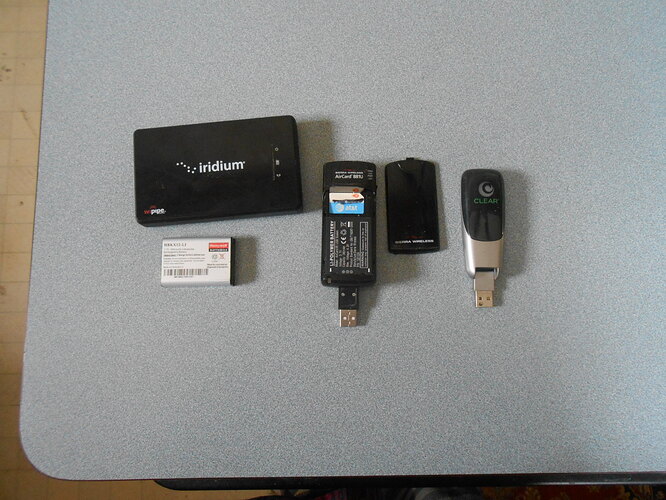 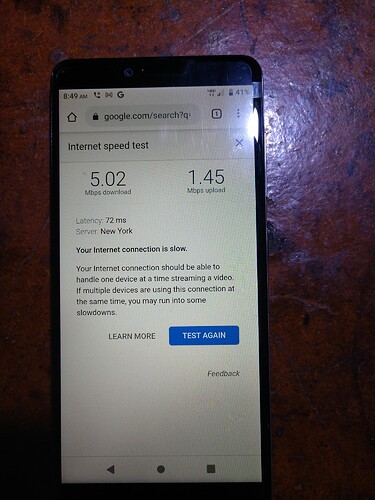 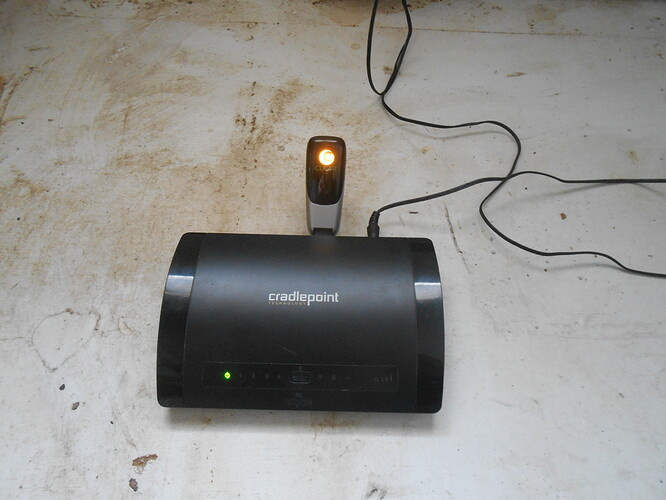 This was a good router for wireless connectivity
It had fail-over but who could afford to subscribe to two services or more because one might go down ?

Ideally, I would like to reprogram a Linksys WRT54G to break out the hotspot for this, but last time I tried I couldn’t do it. I am going to try with Linksys firmware instead of wrt.

Welcome to the OpenWrt Project

Welcome to the OpenWrt Project The OpenWrt Project is a Linux operating system targeting embedded devices. Instead of trying to create a single, static firmware, OpenWrt provides a fully writable filesystem with package management. This frees you... 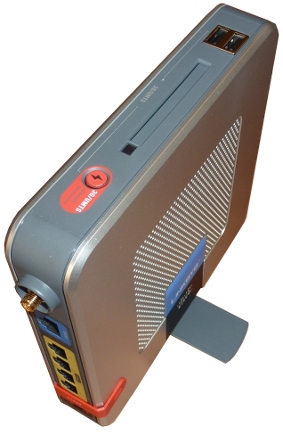 Linksys WRT54G3GV2-VF This device is NOT RECOMMENDED for future use with OpenWrt due to low flash/ram. DO NOT BUY DEVICES WITH 4MB FLASH / 32MB RAM if you intend to flash an up-to-date and secure OpenWrt version (18.06 or later) onto it! See 4/32...

Billionaires battle for infinity and beyond 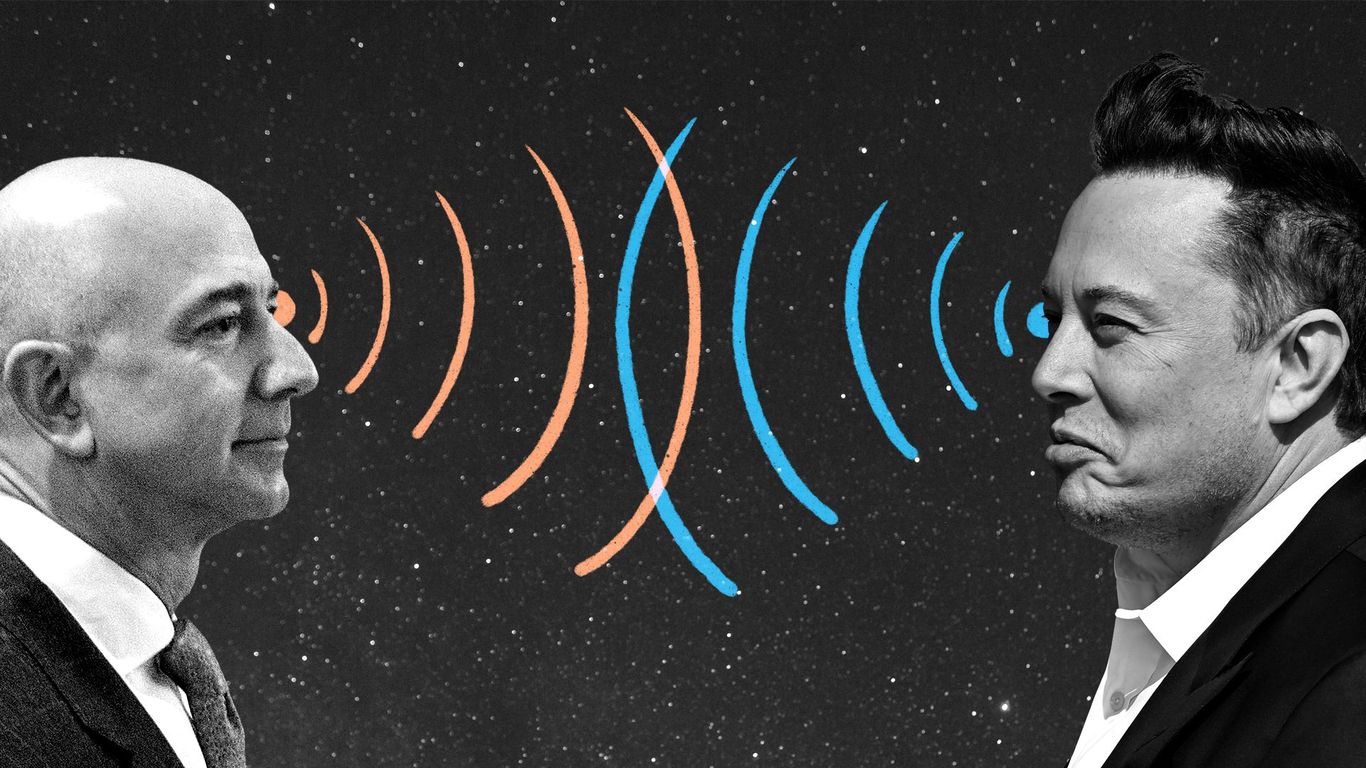 Elon Musk fights fellow billionaires at the FCC to protect spectrum for...

Many businesses these days live or die by their broadband connection, like the television station I work for. They will pay big money for an alternate path backup. Underground Fiber Optic Cables still get “excavator-cut” regularly!

I have Viasat for home internet using their largest business acount available. Supposedly 30Mb/second up to 50 Gigabytes/month before throttling . During normal business hours 8am-6pm I can get 25Mb/sec peak with a 4 Gb/second average. 2-3Mb/second evenings. So no video playing above Youtube. No playing Netflix or the flow will stop due to “buffering”. It’s the best that I can get here in very rural WV. I have an ATT&T business account which gets me 100 Gigabytes/month of unthrottled hotspot data with speeds of 40MB/sec. l am looking to install a cell repeater on the mountainside next to my house so that I can run AT&T on my cellphone at home, which currently has no signal here, but does have signal 200 feet above on the mountainside.

One of my sons purchased this Elon Musk Star Link for us. I’ll reserve judgement until it’s hooked up but I wish he wouldn’t have. For Christmas he bought us a 70 something inch TV. The last thing we needed. I Mostly only watch Motor Trend TV. and the Weather Channel for background noise. Don’t need this behemoth in our little living room but even more don’t want the hassle of refusing these gifts. 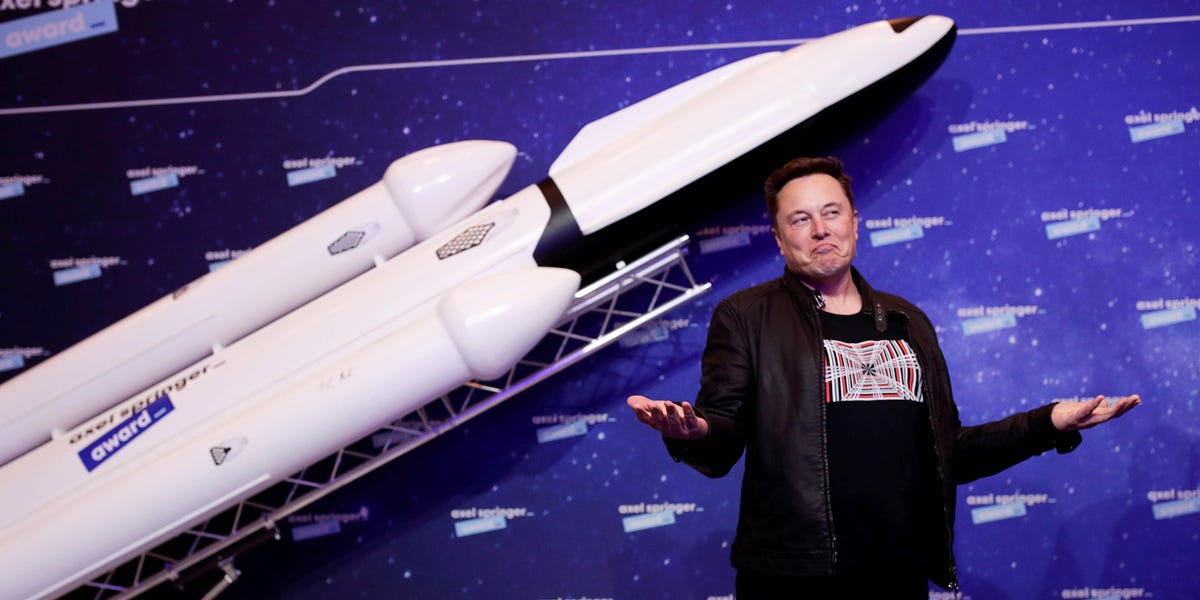 SpaceX's Starlink: Everything you need to know about Elon Musk's internet...

SpaceX's Starlink has gained more than 90,000 users since launching in October, and increasingly more people are signing up for the service worldwide.

I have also been extended access to this service . I have fiber connection . I can get backup internet connection from cellphone , cell service is poor to none . Mostly use voip for phone service . I do not need can not afford starlink . Happy I dropped satellite TV . One accident with a backhoe and I am going to wish I had starlink . One more thing to clean snow off of .

I just switched from satellite to T-Mobile Home Internet, $50/month. It’s the 5G gateway. Seem to be working.

The reason why I mention that is because sometimes you can get a voice in the coops direction, and a lot of the rural US uses coops. And it gives you an example, that coop leadership can look at.

There was broadband over ethernet that was supposed to run over the high voltage wires, but I don’t know how far they got with that. The coop I pointed to actually just ran fiber, on poles that I assume they own.

I’ve been using Starlink for a couple of weeks now. So far, pretty underwhelmed. What is shows on speed test and what you actually get in not the same. Actual speeds don’t seem much if any better than the hot spot we were using. I guess when they get more satellites up it will get better. Stuck with it now, no matter.

I have a Roku glued to top of wifi router because it was only way I could get it to work . Specifications particularly speed are marketing . The other equipment the number of other devices the settings all determine speed . And I do not know how to do this .

A computer is just a high tech typewriter to me Henry. I can turn them on, I can type and I can google something. That’s it. My wife handles some problems. I don’t have a clue. A few people have been ragging at me for years to get rid of windows and use Linux and I truly hate windows and the constant updating but I’m afraid if I tried something else I’d get lost and have nothing.

Tom,
I use the Ubuntu distribution of Linux. It is free user friendly, and includes automatic updates as needed. I don’t know if there is virus protection software for it. I’ve never used any and never gotten a virus that I know of. I joke that Linux is the system that hackers and virus creators use–so it’s safe. But everything is in a different place from Windows, so it takes some getting used to.

I can post this but I have no idea what it means .

The choice will not really be Windows or Linux, it will be whether you boot Hyper-V or KVM first, and Windows and Ubuntu stacks will be tuned to run well on the other. 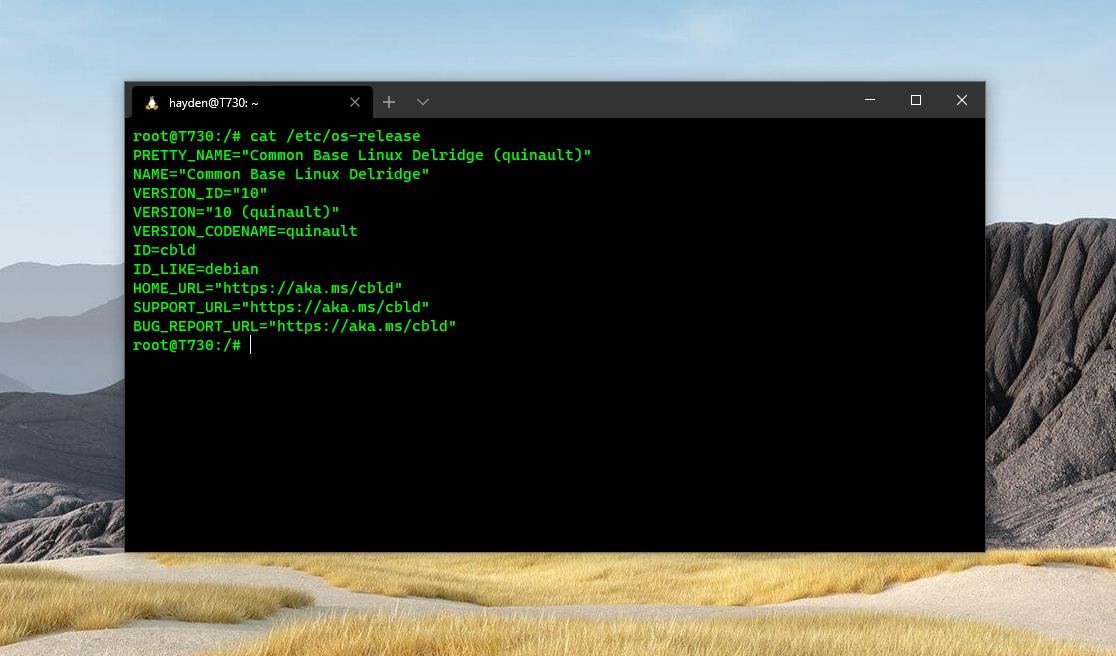 No, Microsoft is not rebasing Windows to Linux

The choice will not really be Windows or Linux, it will be whether you boot Hyper-V or KVM first, and Windows and Ubuntu stacks will be tuned to run well on the other.

Kaypro Corporation was an American home and personal computer manufacturer based out of San Diego the 1980s. The company was founded by Non-Linear Systems (NLS) to compete with the popular Osborne 1 portable microcomputer. Kaypro produced a line of rugged, “luggable” CP/M-based computers sold with an extensive software bundle which supplanted its competitors and quickly became one of the top-selling personal computer lines of the early 1980s.

Kaypro was exceptionally loyal to its original customer base but slow to adapt to the changing computer market and the advent of IBM PC compatible technology. It faded from the mainstream before the end of the decade and was eventually forced into bankruptcy in 1992.

Was Microsoft's Empire Built on Stolen Code? We May Never Know

A forensic computing researcher may have settled one of tech's longest standing controversies: whether the original version of Microsoft's seminal MS-DOS operating system contained code copied from an older OS called known as CP/M. But now we have...

So someone sells out but refuses to admit that they sold out and no one cares .
"They stole our technology " "you sold out "

The Secret Birth of MS-DOS

IBM tried to contact Gary Kildall for a meeting, executives met with Mrs. Kildall who refused to sign a non-disclosure agreement. IBM soon returned to Bill Gates and gave Microsoft the contract to write a new operating system, one that would eventually wipe Gary Kildall’s CP/M out of common use.

The “Microsoft Disk Operating System” or MS-DOS was based on Microsoft’s purchase of QDOS, the “Quick and Dirty Operating System” written by Tim Paterson of Seattle Computer Products, for their prototype Intel 8086 based computer.

However, ironically QDOS was based (or copied from as some historians feel) on Gary Kildall’s CP/M. Tim Paterson had bought a CP/M manual and used it as the basis to write his operating system in six weeks. QDOS was different enough from CP/M to be considered legally a different product. IBM had deep enough pockets, in any case, to probably have won an infringement case if they had needed to protect their product. Microsoft bought the rights to QDOS for $50,000, keeping the IBM & Microsoft deal a secret from Tim Paterson and his company, Seattle Computer Products.

Deal of the Century

Bill Gates then talked IBM into letting Microsoft retain the rights, to market MS-DOS separate from the IBM PC project, Gates and Microsoft proceeded to make a fortune from the licensing of MS-DOS. In 1981, Tim Paterson quit Seattle Computer Products and found employment at Microsoft. 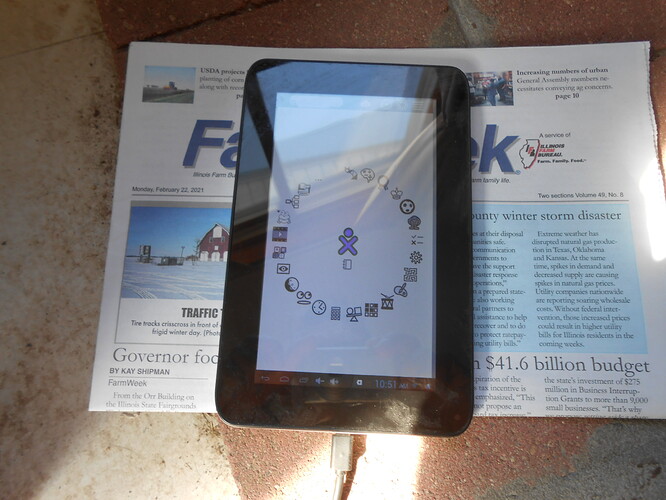 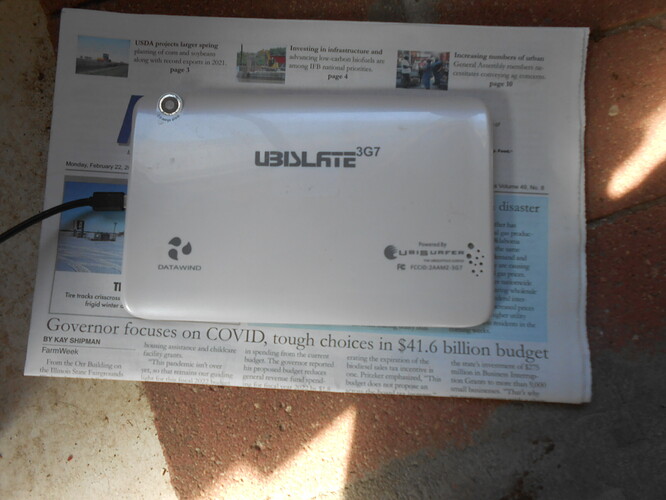 India version of One Laptop per Child

One Laptop per Child

One Laptop per Child (OLPC) was a non-profit initiative established with the goal of transforming education for children around the world; this goal was to be achieved by creating and distributing educational devices for the developing world, and by creating software and content for those devices. When the program launched in 2005, the typical retail price for a laptop was considerably in excess of $1,000 (US), so achieving this objective required bringing a low-cost machine to production. Th...

Free Geek is a technology related non-profit organization based in Portland, Oregon, launched on April 22, 2000. It started as a public event at Pioneer Courthouse Square. In September 2000, it opened a permanent facility as a drop off site for electronic waste. In January 2001, local newspaper The Oregonian ran an article advertising their free computer program for volunteers, which became so successful that they had to start a waiting list[citation needed]. They currently have over 2,000 active...