My work in charcoal gasification has mostly focused on small engines. I ran a VW beetle for about 20 miles but rust issues forced it off the road. A Honda Civic was next in line but I was intimidated by the idea of shutting off injector valves and dealing with the computer, In November I aquired a 2004 Ford Ranger with the thought of trying to get it running on charcoal. Nothing happened over winter but the meeting at Argos got me going again. Three events happened there. 1. Bruce Sunderland and I were watching the evening flare off when he said to me “There needs to be a charcoal powered vehicle here next year.” 2. I jumped into Marvin’s truck for the parade around town and asked him how he shut off the injectors, The answer was simply “Shut off the fuel pump with a switch. Find the fuel pump inertia switch, cut one wire and splice in a toggle switch.” 3. While leaving Argos, a thought popped in my head for a possible way to make a charcoal gasifier without a nozzle,
Well, with 200 miles of commute time on the unit, I am pleased so far, Marvin’s suggesstion for shutting off the fuel is easy! (thought I have to mess with relays or the fuse but no, just wire a switch into the interia cut off) OBDII processor and charcoal gas has to be a problem, Well, so far it is not. I am suprised how easy it is to run on gasoline and then switch to charcoal, Need more power on a hill? Turn on the gasoline, open the air valve and away you go, Easy to switch back from gasoline to charcoal gas too, So far I’m getting about 2 miles per pound of hardwood charcoal. My hopper gets me 25 miles to work without refilling, and I’ll guess it will get me another 10 before needing a refill, Here are two videos that help explain it. Just a basic unit, No sizzle added yet, but the concept works better than I expected, Should have done this years ago, 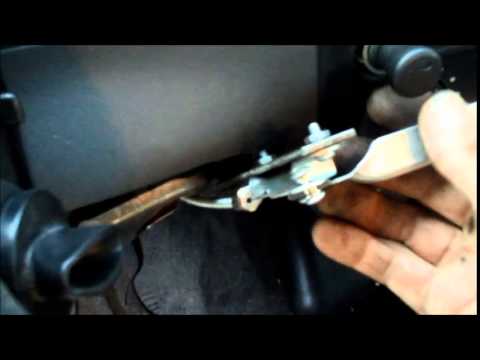 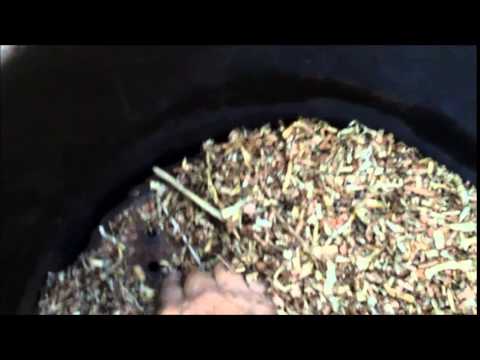 Wow Gary. You have been quiet here for a good reason. You’ve been busy. A lot of things look familiar there under the hood like 16 valve 4 cylinder engine and simple pipe connections and the 2 miles per pound. Is there a distributor on that engine that you can advance or does the computer take care of advance? About how long is startup while standing still? Do you flare the gas each time? What a simple setup with no thermocouples or vacuum gauges! Patiently waiting to see the nozzle setup you have up your sleeve.
If you heat with the wood that makes the charcoal; that makes for a no waste, efficient way to go. Thanks for the videos.

Love it Gary! Do a driving video!

2004 Gary! That is the holy grail… Now of course you have me curious if my 2004 jeep liberty could do the same thing… Really looking forward to your air intake modifications. My cast nozzles are working but I would love something easier.
Best regards, David Baillie

So impressive!!! I saw the “04 Ford Ranger on charcoal” title and jumped right to it. When I saw it was Gary Gilmore two thoughts came to mind 1 I never thought you were interested in “driving” on wood gases. 2. If Gary has done something it is going to be GREAT.
I really like the simplistic design, all the way through to under the hood. My thoughts have been along the lines of a 2L engine in a light vehicle. Just for my V6 I have a bed full of “stuff”. You have driven this to work, you said, and I would like to know how it performs-- getting going from a stop, top speed, comfortable cursing. Can a 2.2 L perform well enough to be viable??TomC

love the engine compartment, nice and neat/looks stock and only one valve, perfect.

Gary, hope you don’t mind if I steal your lid idea… I’ve thought about plumbing my gasifier into the car but read here that the woodgasifiers have a lot of intake explosions and my car intake is all plastic. Does your Ranger have an all plastic intake and have you experience an intake explosion with charcoal gas…??

I don’t remember having an intake explosion with the MEN/Cornbinder rig but I never put a lot of time on it and that was a long time ago. Any advice is welcome.

Needs a long distance road test how about Topeka the end of Oct?
So many questions I have for you but will ask just one . Is a hot refill possible like it is on wood gas? Great job

Nice! How about setting up a page on Fuelly.com for your vehicle? http://www.fuelly.com/car/ford/ranger/2004
Based on data from 68 vehicles, 2,270 fuel-ups and 572,022 miles
of driving, the 2004 Ford Ranger gets a combined Avg MPG of 17.70 with a
0.17 MPG margin of error. It would be interesting to see how much higher the MPG would go with the help of charcoal gas.
I always worry when my reactor doesn’t cool down right away. Hopefully this charcoal gasifier without a nozzle has an air-tight scheme to shut it down. Good work, and thanks for posting the videos. Can’t wait to see one of it cruising down the road.

Hello and thanks Mr. Gary for the videos . You really have it going on

For faster hyway driving you may want to experiment some with hybrid driving . I think if you leave the gasoline switch in the on position and start closing your air valve which causes the draft on the gasifier and a rich mixture to the motor . The computer should recognize the rich mix and begin to shut down the gasoline on it’s own . I don’t think the computer will shut the gasoline completely off but down to 10-25 %.

Oh I’m back. One more question. You are dripping oil/water/ ? in for added H2 Before I thought it was always added at the air intake so the velocity of the air would pull it into the char. You are dripping it into a dead end pipe which seems like the material would just puddle where it falls.TomC

Hi Tom, The fluid I currently drip into the reactor is oil, The pipe has a slightly downward slope so any fluid will run down the pipe into the hot oxidation zone, The heat from that zone will vaporize the fluid before it actually hits the hot charcoal,
Wayne, Yes, the idea of running hybrid is something I’ll explore in time, Some folks have suggested that shutting off the fuel pump will still allow the injectors to open and allow the engine to suck gasoline from the tank,
Tom W, A hot refill is no problem. Open the lid, and pour more charcoal in, The worst thing that can happen is the carbon monoxide will ignite but does not create a ball of fire, Very low intensity, lazy flame,
Topeka is a ways, I presented a program on biochar at the Mother Earth fair in PA last year but there were no vehicles running on wood,
Jeff, you are not “stealing” anything. Sharing and improving is what we are all about here, so go for it, In fact, I am using the bottom inlet for the filter as a preffered method, An idea I first saw you doing,
Gary in PA

Hi Gary
What do you mean by a charcoal gasifier without a nozzle?
Thierry

I can’t wait to see the air inlet part of that, great setup, Gary!

Gday,
Just a quick thought before I start work,
GZ on your project,Gary.
Something you said got my attention and engine management is my interest.
Re injectors.If you switch off the fuel pump,and the ECU continues to fire the injectors,The heatsoak (and expanson of metal parts in injector) from the engine -lesso with plastic intakes- -moreso with direct injection petrol- combined with the lack of cooling fuel flow will cause your injectors to wear out prematurely. Dunno if it will happen sooner or just injectors gradually spitting instead of injecting over time.

Something to think about anyway.?Hope didnt put any noses outta joint.
Shalom, Barana.

I have thought of this as well, however all the dakotas on the road together that I know of have well over a million miles on wood, and the original injectors.

Another moment of wow feelings…
Thumbs up Gary.

OBD can do a lot more with only minor modifications

and you are experiencing the simplicity already…

teaching us by doing it…

It would need to be a larger diameter.

Wellll, There needs to be a place where oxygen (air) reacts with charcoal to produce CO2 which then gets converted to CO (carbon monoxide) This oxidation can be very hot 3000F and the nozzle that brings the air into the charcoal take a thermal beating. If you just put a hole in the bottom of the charcoal container, there is no nozzle per say, but the ash can build up over time creating an ash volcano. The only way to clean it out is to dump the contents of the gasifier. The system I am experimenting with has no nozzle but a tuyre, much like in a blacksmith forge. .

Hey guys, Got a video shot of starting the Ranger and driving it on charcoal gas, This is kind of fun!!! But need to ramp up my charcoal production, Here is the link, 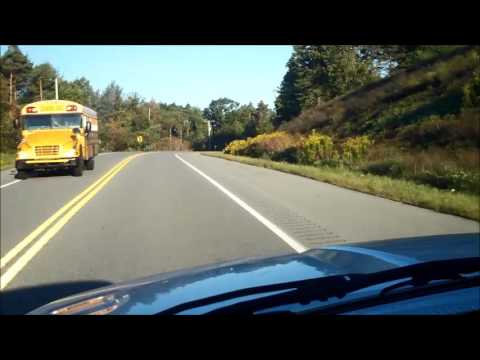