i am tempted to reveal… but i love the feedback from others…
Its a gasifier…
Raw wood…
Can be used industrial to
but what is special about this build ?
everything incorporated what a good gasifier needs imho

This time the pictures before the sketches… 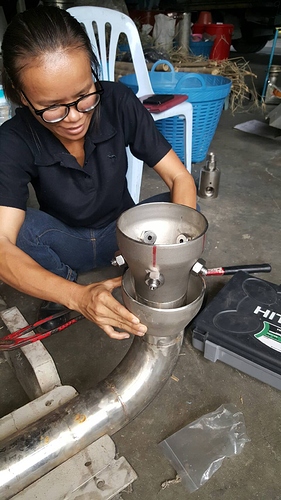 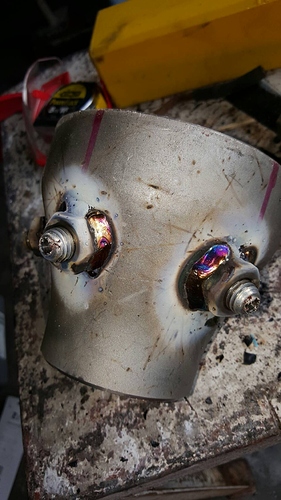 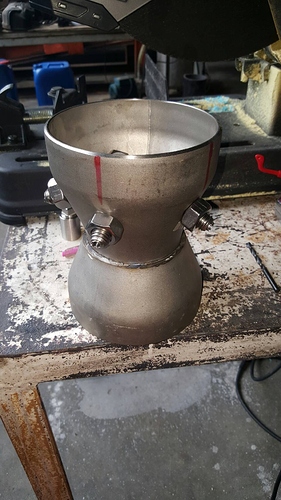 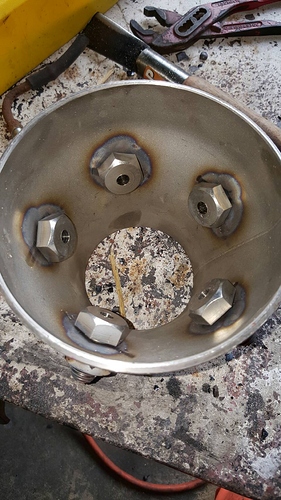 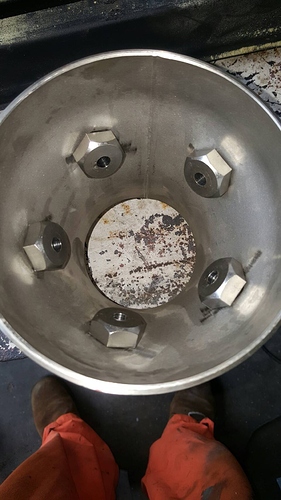 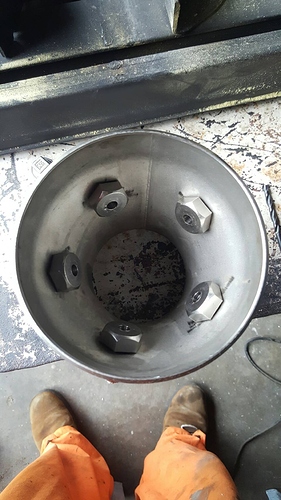 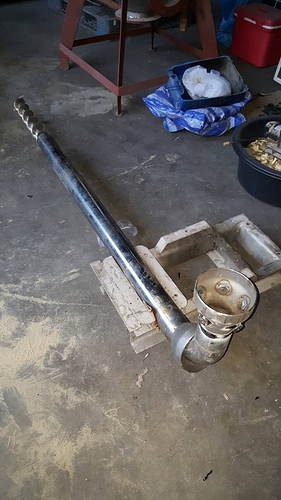 I dont know what it is but l like it already

I am goeing WAG here… the no grate/auguer design tells me its ment for char retreval. Is it a combo of charcoal maker and gasifier?

Close, but no sigar…
Its a downdraft gasifier standing on its head ( is meant to be like that ) aka bottom feed gasifier…, so what you see is the feed auger…
So a downdraft working updraft…

Ok newer wuld guessed that. I will certainly be looking closele to this build. I am all in to updraft when it comes to gasifiers, particulary the reduction.

Ahhh. I was going to guess an augur-up bottom feeder. One European fellow has been promoting this for a few years now.
Then the I got focused on the third picture showing a second cone-waist welded below the air-nozzles level. How could have raw fuel wood bits been forced past this section? Not. Impossible. Mind-direction change?
Then the follow on pictures show this section not included.
But slip up cone for air-manifold shroud??

Yup, auger up bottom feeder and the slip up cone as air manifold. ( give that man a sigar )

lightning port going to be just above the nozzle in the cone.

the glowing charcoal will be on top of the set

fire tube will be on top of the cone with nozzle ring(s) to provide air in the reduction zone, ( ending up with blowing the smoke trough a stack of glowing char )

goal is to create/maintain a large reduction zone, after testing that tube part can be made of ceramic.

Air entry from the bottom upwards, gas outlet from the top thru the glowing charbed.
Picture a dome over the set to catch the gas.
No preheating of the incoming air but preheating the fuel.

Why is the horizontal part of the feed tube so long? Will it extend to the center of a large diameter wood chip silo?

once its getting shape, the gasifier i mean, then i can shorten it at the desired lenght.
I also want to use this as a point for preheating the feedstock and cooling the gasoutlet

Hi Max,
No results in a longer google search…
Can you help me find about his work ? any language will do 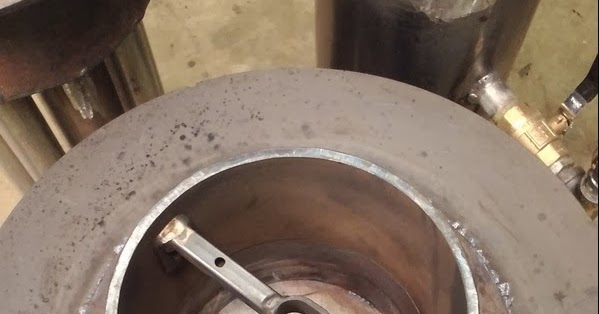 Tom Blackburn did some very nice special update to his DriZzleR Gasifier you can found it on the Yahoo Woodgas Forum.  https://groups.y... 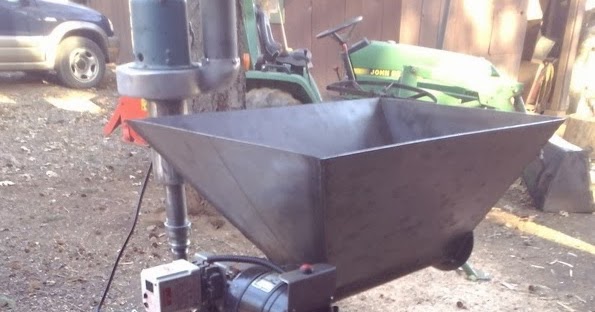 Tom Blackburn´s DriZzleR Tom Blackburn did some modifications on his DriZzleR Gasifier here you see the complete changings and his post a...

I got these results immediately on a searxh using Duck Duck Go.

It is.my experience that Google is becoming very unreliable, it does not perform valid, clean searches, it monitors and tailors search information, often making it impossible to even find known information with direct queries. Hopefully this helps.

Yup, but its nothing like i am building now…
The Drizzler is downdrafting the same as any other downdraft gasifier, ashes going to the bottom, restriction etc…
The auger is feeding from the top…

On the other hand, if you put that on its head around… then its a gasifier i am building now, only not drizzling

In my case, the auger pushes the feedstock upwards and the different nozzle rings makes and keeps things glowing untill only ashes and gasses escape, from the top…

This is a very interesting idea. Are you planing on continues running with this machine for hours on end? I keep looking at it and wondering how you will control the air well enough to keep from having the feed system either become a burn zone or fill up with tar. I am guessing you have some sort of trick up your sleeve as this isn’t your first dance.
Any time I see an automated feed my first thought is what stops fire from going back to the fuel supply.

Oh yeah, the baby has a name… Erawan Gasifier 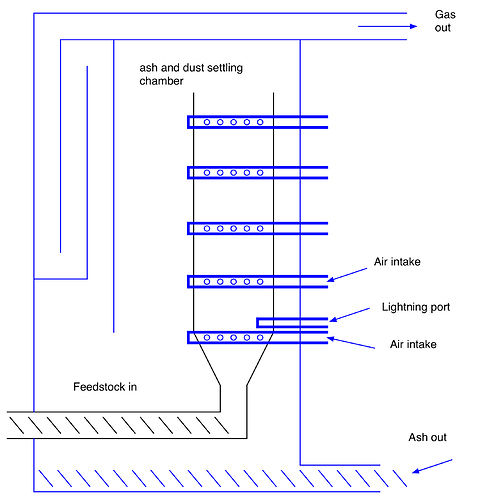 2 pictures from the internet, experimentals… i guess they did not know what a gasifier is or should be 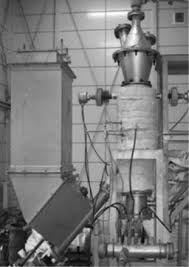 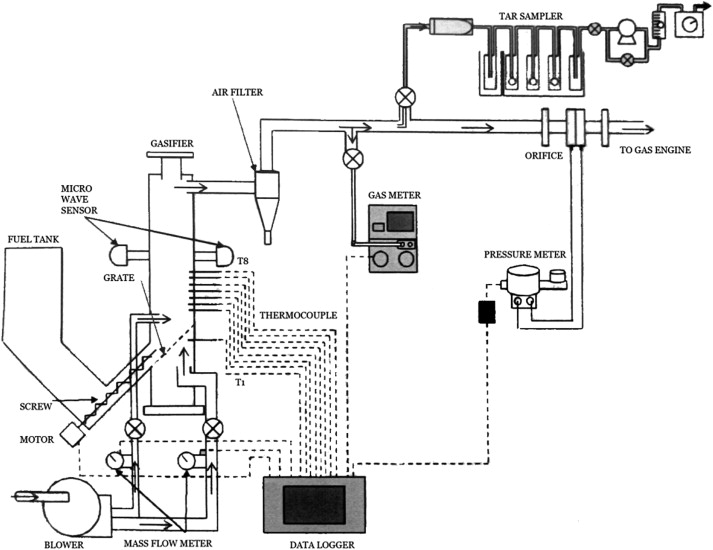 Actually its a order to build…
Smallest should have 2,5 Mwh gas power outlet ( for a spare boiler )
6 more to build for the running boilers at this moment ( 3 to 6 Mwh per piece heating power )

5 more exports requests, sizing into 5 Mwh combined heat and power
Based on my work with the Co2 reduction in mind, waste water and other gasses injected in the upper nozzle rings

But then again, i enjoy the prototyping and the demo- builds the most.

My apology for the off track information. The build is still interesting.

There seems to be little trace of Mr Blackburns earlier work, possibly it can be found in a pdf file. Max will have to illuminate.

Very interesting concept, it is going to be a real design challenge. It sounds like you are on a road to success, news of progress will be very interesting.

Tom Blackburn lived in California in those days; he had a “screwing upward” woodchips gasification unit. At the upper end of the reduction part he used a rotating wiper to move a “dozen” of metal balls around to clear a metal mesh used as a grate…

Blowing upward with decent velocity, the ash flew through the metal net to be collected first in a cyclone…

Balancing feedvelocity and “burning off” volume was a delicate operation…

“WoodGas” on Yahoo is today in a mess; I could not get in there , even as I have an account key!

[email protected] is hard to search too…

Koen, what is the feedstock you are designing for? I am guessing rice hulls or something very small. I don’t think pushing wood chunks through the elbo would work very well.
Very interesting concep. Always interested in be what you are doing.

Garry, Google Search is not a search engine it true intent is spyware. Duck Duck Go is the only clean search engine that I know about BUT I have little computer knowledge.