I tried out my new Cap-Cam this morning .

It might come in handy when you don’t have enough arms. The cap cam worked great Wayne. Great idea. Do you think think you’ll have enough headroom while driving in the truck?
Sometime I would love to go down to Alabama and work that sawmill with you for a day or two.

Yes good idea but it was Don or Herb’s

Yes I think there will be plenty of head room in the trucks.

" Sometime I would love to go down to Alabama and work that sawmill with you for a day or two. " 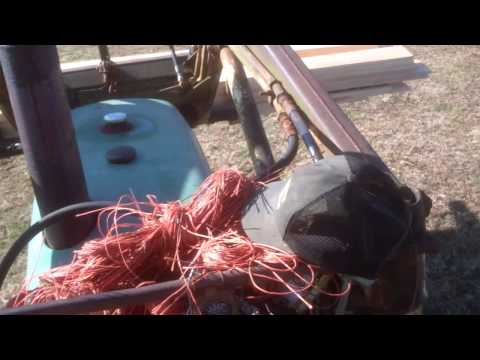 I’m slapping my forehead wondering why I didn’t think of that.

The cap idea was Herb’s. That worked a whole lot better than my rubber band idea except if you needed a laugh quite bad

I sure like the color of that tractor in the video Wayne. I was an 8 year old city boy when I started driving a John Deere.

If I were able to drive down there on wood, I would have to take Lisa’s post for a week, just to earn enough wood to drive back home.

Actually Wayne, I would enjoy it. It would bring back some good memories of my summers that were spent on the farm. For 8 years, I left as soon as school was over until right before school started up again.

I must try that. How do you line it up. I never put a hat on twice the same way…

As you can tell from the videos I’m having trouble lining up . I guess I will have to practice being an owl ( head moves , eyes don’t ) Still testing the cap cam . I tried it again this morning but it seems I move my head too quick and the camera is not always looking at the same thing I am.

Yep Wayne, I had the same thing when I tried the rubber band trick. Can’t tell until the video is played back what the camera is looking at. With good narration like you did it still makes for an interesting video. Thanks for sharing.

wayne how many miles for that much hopper juice .I mabe can go 100-150 miles and its got gallons actually I think I could water the yard with the rail condesate just cant get the moisture down if I hit the 20% yeah .

How long did it take too collect the hopper moisture, I see heating up the pipe cap helps cap go on farther.How hot was the hopper at shut down,Thanks for the vidios.

Any water that comes off at the hopper is that much less work the gasifier will have to do.

would’ent want the wood getting too hot / ha / that really seems to get at the excess water though.

Wayne we’re gonna have to hang a heavy weight around your neck to slow your head . Keep the videos coming

you need a sighting circle fixed to the underside of the hats brim/peak so that when you are wearing the hat is aligned with were the camera is sighted…lol a helmet mounted sights setup…actually a lazer pointer taped to the camera and set to put the dot in the center of the cameras field of view would be less annoying to use…and if you taped it right you could leave the pointer on the camera when the camera is removed from the hat for charging etc without losing your zero
(I have a .22 rifle with a removable barrel, i mounted a lazer sight on the barrel so the lazer would stay zero’d to the barrel no matter how many times i remove and refit the barrel)

I bet caming with a bowl of cold water on your head would make that cam get smooth quick!