Since sooner or later I’m going to have to convince an insurance underwriter that I’m not going to kill anyone, I’m collating information on the risks involved in any Carbon Monoxide process, which for biomass gasification in well ventilated areas are pretty minimal. Unfortunately there have been a couple of tragic horror stories… 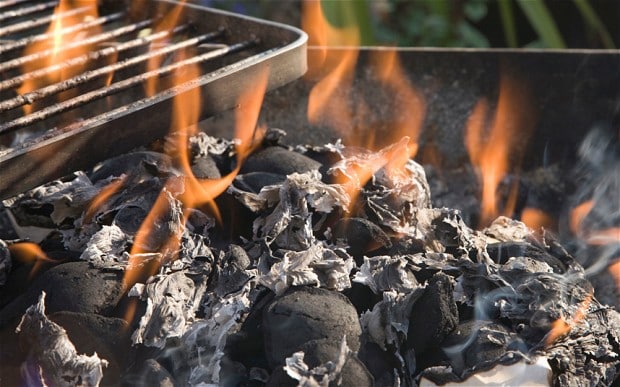 Children poisoned by fumes after barbecue used to dry clothes

Six people, including four young children, have been treated for carbon monoxide poisoning after their grandmother brought a barbecue indoors to dry her washing.

…which will serve to keep Deadly Poisonous Carbon Monoxide front and centre in peoples’ minds.

I’m trying to get reliable figures, using Wikipedia as a starting point… which quotes a figure of 1.28% as causing unconciousness within 2-3 breaths. Trouble is, this paper…

…puts the CO content of inhaled cigarette smoke at up to 3.7%. I can’t trust either figure.

My question is: has anyone got more accurate figures? More broadly, has anyone had any experience of convincing skeptical safety inspectors?

I’m not about to start smoking.

Never smoked so I can’t say, but does a smoker draw a deep breath entirely through the cig? I thought they took small puffs with lots of air, which would dilute the CO.

Practically speaking, CO is only a concern in enclosed spaces - namely, the truck cab. Outdoors, so long as you keep your head out of the smoke, you’ll be fine. No worse than a campfire, which produces plenty of carbon monoxide, but nobody minds because it’s outside.

Easiest way to prove it’s safe is to install a CO detector in the cab. It shouldn’t ever go off because woodgas is NEVER allowed in the cab - no plumbing, valves, nothing. So unless some smoke blows in the window (can happen), CO never gets into the cab.

Here’s an article that may surprise you - CO poisoning just from stored wood (not burning). Sealed wood storage = bad. http://www.hse.gov.uk/safetybulletins/co-wood-pellets.htm

Hello BrianH.
Carbon monoxide hazardous levels unfortunatly have a time length of exposure factor just like sound levels. Then, you have individual person to person variabilty. This means any regulatory or insurance authority desiring can set standards anywhere they what to achieve the results that they want. Even down to the level of banning. We fight this here in the States too. I’ve been forced to change my home owners insurance carriers twice now from long held policy carriers with NO change in our lifestyle usage.
Once, because the underwriter/carrier added in a resticted dog breed to thier growing “un-insurable list”. We cancelled and changed carriers; aged out our Airedale/German shepherd mix and when with a Rhodesian Ridgeback next.
2nd time due to our in house woodburing heater stove systems we have used here since white man came to this evergreen forested area 150 years ago. Even though our current stove and chimney systems have been decade by decade expensivly upgraded to the most modern, clean buring and Federal and State government authorities certified types. Urban living Eco-Freekin’ Greens ( some my own relitives so I can say with experience this is an oxymoron attitude!!) pressured our state legislators. THEY in turn then pressured the State regulatory Insurance Commisionor. Most recent shot is now through the State chartered regional Air Quality Agencies in the Urban county areas now. They just last week declared they were going to have roving insprctors dispatched to issue wood burning citations in those areas.

We each have ability to exercise voting with our ballots, our feet and most immediately with our pocketbooks.
And an attitude of “Don’t ask, don’t tell” is a good place to start once you do start buring wood in any way. DO Burn visibly sqeeky clean and nieghbor friendly. AND just like any of the socially declared “Ill’s” become very aware of all of the different ways you will be pressured to be resticted.

Ok I wanted to share some advice being a developer I believe I am now suffering long term effects of carbon monoxide exposure.

First is before I started wood gassing, I could type 40 words a minute with no mistakes, this was something I took pride in as creative writing was a strong point in college. It was not long into after starting the business I started to notice missing words or doubling words in my writings or even missing an entire sentence!! Short term memory loss for many, is just part of getting older and I did begin to have those issues long before. Like Ill be working on something and “oh I need a 10 millimeter” and then make my journey over to the tool box. Then when I get there:…""“crap WTH did I come over here to get???”" lol. However i have always suspected this exposure was causing some additional short term memory loss.

Ok now secondly, my eye sight was well and way beyond average, I could practically read where the eye chart was made let alone all the letters. They typically told me to stop. Well about three years ago, I started to have difficulty focusing. Like my eyes had a slow reaction focusing in on something. Then eventually that just stopped, eventually I had to get glasses and that came in a relatively short period of time.

Old age, exposure or both. My warning to you all DO NOT breath one whiff of this gas ever!!

We have had this discussion before, yes CO will clean out of your body but it will damage you and that is permanent and will continue to bulid up every time you are exposed to CO. Im not going to name names but I also look at others writings looking for similar patterns. Some of you probably proof read better than others as well. But you should pay attention how you are fixing your writings and if you experience more frequent revisions. I used to never need to proof read as most of the time mistakes or typo’s were very minimal.

Here is some info you all should read.

Edit: Coming back to re read my post here and here is a good example, note where I say “pay attention to how you are fixing your wittings” That’s not how I would normally communicate something like this. The word I was looking for was “Edit” not fix. I do this a lot now. Chronic exposure to carbon monoxide and and neurological impairment —...

Victims of chronic carbon monoxide (CO) poisoning suffer a range of non-specific symptoms that often do not resolve after removal of the CO source. Indeed, symptoms such as vertigo, fatigue, decreased cognitive function, and memory impairment are...

Very interesting reading, Matt.
I knew CO could cause headaches, make you feel sick and even make you pass out, but I have to admit I wasn’t fully aware of the possible long term effects.
Time to mount a detector in my Volvo.

One reason why I always test these outdoors and why I leave my windows cracked open in the Mazda. I’m already nutty I don’t need CO helping that.

Yeah, I never knew either other than just dont do it. No one ever really explained to me that its not just the immediate effects, but that over time this damage builds up. Not just wood gassing, but working on cars and engines in general. When you’re young, you know absolutely everything and you think “The door is open, no one is going to die”

We need to explain to our youngsters the full long term effects of this and why its important to never expose yourself to CO and other harmful chemicals that can damage your body over a period of time of chronic exposure even if every time is only a minuet period of exposure. Every time there is damage done, save enough penny’s eventually you get a dollar: do this over a lifetime you will be rich!!!

I recently saw some long term effects on Covid as memory loss, sense of smell, loss of hearing and other things are effecting some people. All of which are neurological issues. I thought hmmmm this sounds an awful lot like some of the issues I had been experiencing over the years. So I did some research and found that write up. It does not go over loss of eye site; however, that is also a long term effect.

Just be careful and explain this stuff to our youth, hopefully they listen and don’t end up with these issues later in life.

On the strange side, Israel is/was having some success using CO to treat cancer.

Yeah, CO has always scared me. A while back I bought a clip-on meter that buzzes and flashes whenever you are exposed to 35ppm or more (which is the occupational exposure limit for an 8hr shift). And holy shit, the thing beeps all the time around a gasifier! You open up a filter that has not been used for weeks? It beeps. I even got it to go off by using a blower to push air into a reactor instead of pulling a vacuum on the flare side. Either it was pushing out of leak somewhere, or just backing up out of the nozzle since the blower was just crammed in there.

By the time you start feeling the effects of CO poisoning, you can already have been exposed to a whole lot, it seems. Going off of headache or shortness of breath is not enough to keep you safe. And, if you look at the fine print on a CO alarm for a house, they generally do not trigger until something like 400ppm has been recorded for several minutes (to prevent nuisance trips, presumably). But still, they are not going to cut it for measuring chronic exposure - they will really only protect you from the sort of concentration that will kill you quickly.

There are a bunch of CO meters for about 100$, many of which have warning alarms. The sensors wear out after about 2 years, but in the grand scheme of things, its pretty cheap insurance.