This is too kool, The bellows idea is sure genius!!! 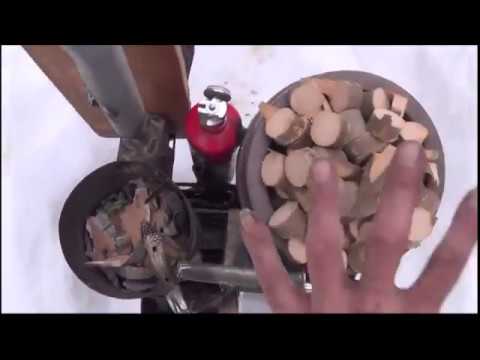 That is pretty great! I suspect its going to be a little difficult to make the face cuts, though

I dont want to know what the inside of the crankcase looks like, or the rod bearing, or the cylinder wall. But hey thats a detail to work on. I wonder about those Mercury two strokes. Did anyone woodgas or chargas one of those? I think it might make a very good powerplant.
Rindert

It would require an oiler mod to keep it going, I think it would be interesting on a lawn mower.

The biggest take away for me was the Bellows, that was such a great idea.

A common saying is ( where there is smoke there is fire )

Yep, again I just love the bellows idea for getting a gasifier going. I am not adventurous to do 2 cycle engines…