There is noting better thain to sit in a shadow of a winegrape in the heat of the summer with a cold one on your left and some fresh grilled meat on the right so I finaly decided to build summer kitchen. Includeing all a real kitchen neads l decided it wuld be sort of shamefull for a wood gas enthusiast to run a summer kitchen on propane l am planing to make a charcoal gas stove.
The plan is to use a small charcoal gasifier and a smal fan to push the air in a gasifier. The gas will go directly from charcoal to the burner, no filter or cooler. It wuld all be incorporated under the desk.

My question is has anyone got a similar system? How does perform?

Have a nice day from suny Slovenia!

coincidence…
Your new , award winning, cooking set… Ready and waiting for you… 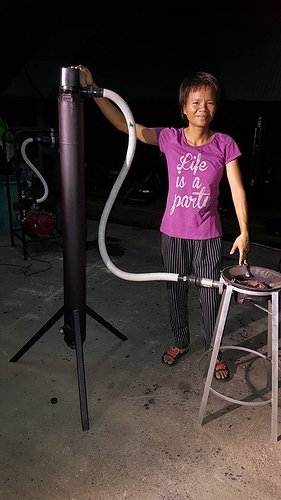 Looks great! Is that a fan on top? Is it batery operated?

yes, its a fan, can be operated with 12v transformer or external battery. i have it running wih a small pwm controller

That’s awesome! If this takes off, I imagine many lives will be saved from the indoor air pollution created by cooking! Way to go!

Too cool!! Koen,
Any way we cam get some specs on that ? My kitchen stove died a few months back and the landlady doesn’t want to replace it. Been doing most of my cooking on a TLUD on the front porch. Weather permitting. Or a hot plate on the kitchen counter. Something like this would make things a lot
easier.weather permitting.
Jesse 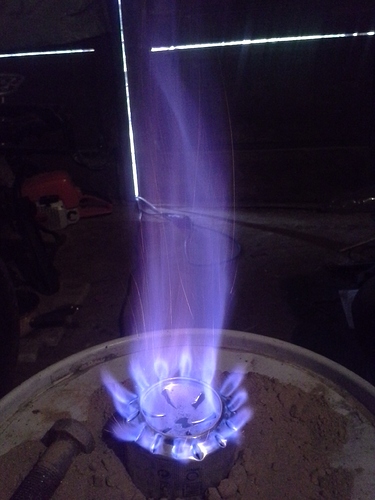 That’s pretty Kristijan, do you have a shot where you mix in the air or is it a mix valve before the blower?

its a positive presure gasifier so the air is pushing in the gasifier. No aditional air aded just stright from the simple fire gasifier.

This is what we are doing with our Micro S1 its a full blown wood gasifier. We use a small DC tire pump to run it and it is plenty to run a small burner like you have or a small BBQ grill. If you want more power then go to an electric smog pump for automobiles. These are more than enough and you can either bypass some of or most of the input air or go to a PWM like Koen is doing.

The gal that bought one of the Micro’s at Argo’s is on my facebook and she is just a cooking away with that thing and having a blast with it.

Dustin bought my proto so I dont have one to use anymore. Going to build a new one for this, might build me our Micro S2 as this can run chips. The Micro is pretty much limited to pellets but I bet it would run charcoal just as well. 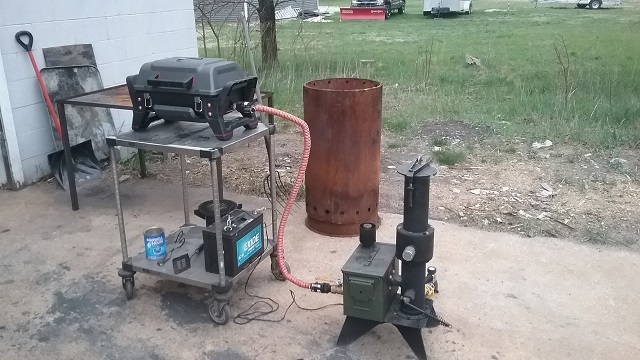 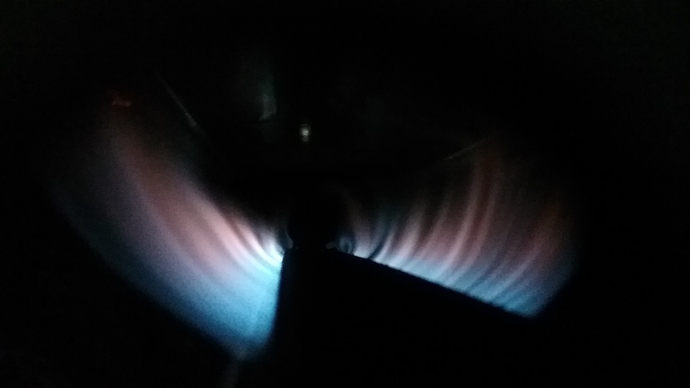 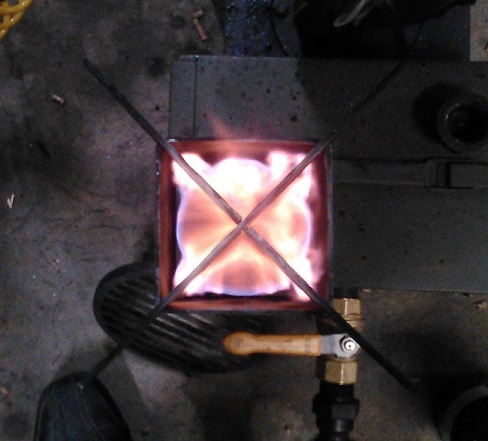 Looks like the start of something new in the background. do you want to tell us about that Matt ?

Haha no thats actually pretty old. That there is a giant version of the wood gas camp stoves that you see on youtube made from soup cans. Thought it would be a good way to get rid of the trash. It works pretty good as we empty it every time. That does not always get done but when its working it burns down our trash to nothing.

What a buty! Such nice a flame! Is that square thing a filter?

Yes that is an ammo box filter, we fill this with lava rocks. It works quite well at getting the dust out, the dirtier it gets the better it works. Once it gets too filter you can burn them to burn off the debris and then reuse them.

Great idea! You use no cooling rail?

Nope not on this one. The idea is to get out the ash and inject the gas before condensing can happen. For cooking this is not an issue anyways this little machine makes pretty good gas like this and I have not experienced any soots on my pans

You anwserd my next question

you made me rethink about charcoal.

The summer kitchen is near completion! 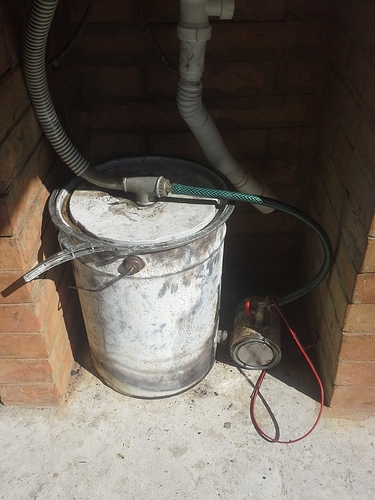 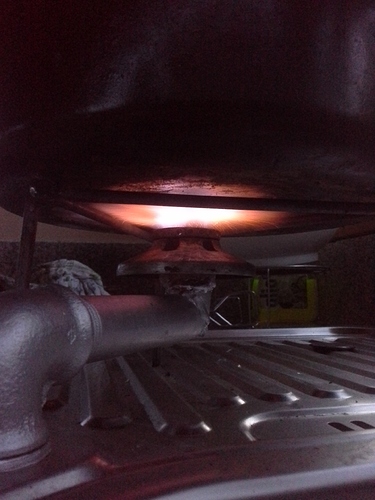 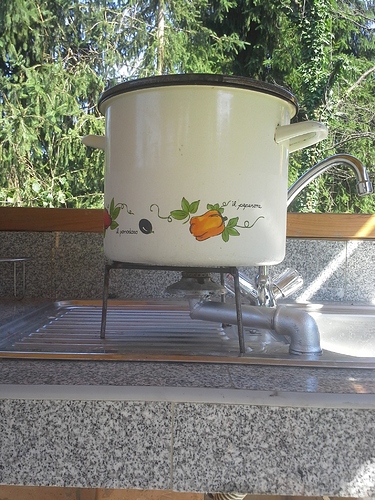 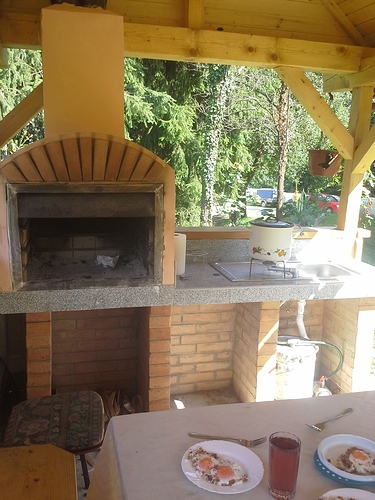 Hi Kristijan,
That is a great looking outdoor, rain or shine kitchen. The marble slab is superb. It looks like there may be a brick floor in the oven and the marble is only a face piece in front of it. I wondered about the heat on marble. Well done.
Pepe

Kristijan, that sure is nice. I bet you even grew some of the food. Doesn’t get any better than that.