This seems to be One Cold Winter. And I haven’t seen (just ask my wife how well I look) any discussion about draining that tar out of the condensate tank in ten or twenty below zero weather. This winter I have added a copper coil around said tank. The coil is filled with hot water circulating from the engine. I have drained hot, steaming tar at ten below, and no doubt it will work at -20. In fact, it drains nicely even with the engine running on woodgas. So I suppose the deed could be done while sitting the cab with the heater running. Yes, the heater still works with the extra length (20+ feet) of run (another bennefit of the 318). The tank heater circuit "T"s off the heater hoses. I have peeled away the insulation from the tank for the photo.
Also, I have tried putting a blanket around the hopper and have subsequently removed it. The best remedy for winter-time bridging seems to be those bumps that Mike L. is keeping a lookout for.
Keeping warm on woodgas, JohnS Hi John. That’s pretty cool (warm) … Hope all’s well your way. I’m looking forward to cutting metal here again … Can’t get at my equipment yet. I don’t have the gumption to fight the elements too much … Have a few toes healing up from good ole wet sock gangrene. Haven’t had that in years. Drives me nuts at night … Mike L

We have a 4200 gallon pump truck that has to continuously run up here in this sub zero weather. We have heated valves that are supplied with heat from the radiator all the way to the back of the truck. There was a company that serviced the Walmart account we have now that gave the account up. They were from Texas and after they filled their truck up, they were unable to off load because their truck froze up by the time they arrived to the dump site. The big money companies got smart and sub contracted the work out to those of us acclimated to these conditions.
Very nice John. Just curious if there are other issues that may need to be different then running in the southern regions. I’m guessing an insulated hopper? I hope to be building my truck in the spring or summer.
Mike, I wish I lived closer to you. I would be glad to lend you a hand.

Mike, How did you get that wet sock gagrene? I always double up wool inside, cotton out. I wonder if anybody woodgases in the winter… I know Terry L does, but he has a garage, too. I wonder how Wayne drains his tar these days. Oh, well.

Howdy John,
Sorry got nothing useful on winter driving right now.
Steady dealing with other peoples crap… By the time I get around to mine, my patience is all used up, I am quite sick fixing up scrap. Haven’t run on Woodgas since the last big bang.
Take care

I have been driving everyday in our weather and maybe a little more than usual because it has been too cold for us old folks to be working out in it so I do a lot of errands and running the wife here and there .

Our cold and your cold is nothing similar . We did have a few hours -5 F but that is the coldest I have ever seen down here and I dare not get out in it . I did do a lot of driving at 15F with no issues . I didn’t try to drain any condensate until the temps were above freezing .

Late yesterday at 30 F Son and I were battling beavers ( mostly Son ) and wet from boots to hat . I left the truck running about an hour jumping in it every five min or so to thaw .

Pic below . Playing in ice water will make you sleep at night !!!

Keep up the good work
Wayne Wayne & John, Liquid water ! What’s that ?? John, I have a thing called Raynaud’s Syndrome. Basically when my body gets a bit cold something in my brain triggers some of my finger tips and toes to turn off the circulation in them to save the internal organs. Tissue damage can even happen at 40 or even 50 degrees. I had some frozen pipes I was dealing with and had to keep taking my left mitten off to use one of the wrenches and I noticed my left thumb went white, numb, and shriveled up. I knew I was doomed. I just shoved it into my crotch of course to protect it. Even though my feet were warm in insulated boots with 2 layers of socks, the long toe on my right foot shut off the same time. That night I saw the blister forming. It finally ruptured and healed after 2 weeks. Looks like I dropped an anvil on it. 15 years ago or so I had all 10 toes do that after plowing snow. A week ago or so I ran out of propane and as I was hooking up electric heaters and the such I got more. I just call it wet sock gangrene for lack of a better term. My socks were pretty dry and my feet rarely feel cold. Wayne, I’m glad to see your driveway is dry at the dam. It was 10 below here this morning and around zero right now. I’m walking to the post office next. Maybe start cutting that tank up next. Won’t be warming up here any until Thursday. Mike

Hello Mike
I have the same ailment you have, only not nearly as severe, but it seems to get worse as i get older. My hands and feet get numb when the temps get much below 40 or so. I try to get out and get a little something done, but spend more time trying to warm my hands and feet than working, so i just stay inside till it warms up a little. haha Fortunately we dont normally have severe winters here in Fla. , i imagine its pretty rough having Raynauds and living up there where you do. Im chomping at the bits for it to warm up so i can get back out and started back working on my gasifier, had just started on the firetube when the cold hit.

Raynaud is my buddy too, what a wimp, can’t stand much cold. If I work with my hands much, I have a heat lamp close for frequent warm-ups. Hot water is my friend.

My toes get cherry red and numb. Froze them too many times years ago. I’m cutting next years wood now. Mike, I hear you now. My wife’s hands turn white when she walks thru the frozen food aisle. And her toes and nose, too! No fun, especially when they “thaw” out.
Wayne, thanks for the holler. If we had to wait for a day above freezing this winter…I’m still looking. I imagine the ice on local lakes here is three feet thick.
Actualy, I got the inspiration from Woody last winter. I thought and thought about how to heat the tank, and then decided that hot water had to be the best since it will not make the condensate boil and go back into the works.
Have fun swimming down there. And woodgassing too!
TerryL, I never heard about the big bang. I dont have Premium status. Or maybe you didn’t post it. What happened?
JohnS

Hi John,
Sorry about that, I didn’t realize you weren’t on the premium side.
I have been having back firing through the intake issues… Same as on the old RAM.
Been trying to get the truck running on all 8, and get it ready ready to try again.
Probably run it tomorrow. and see how it goes… Been backfiring on the highway at about 60 mph… Runs great around town.
Here’s some videos 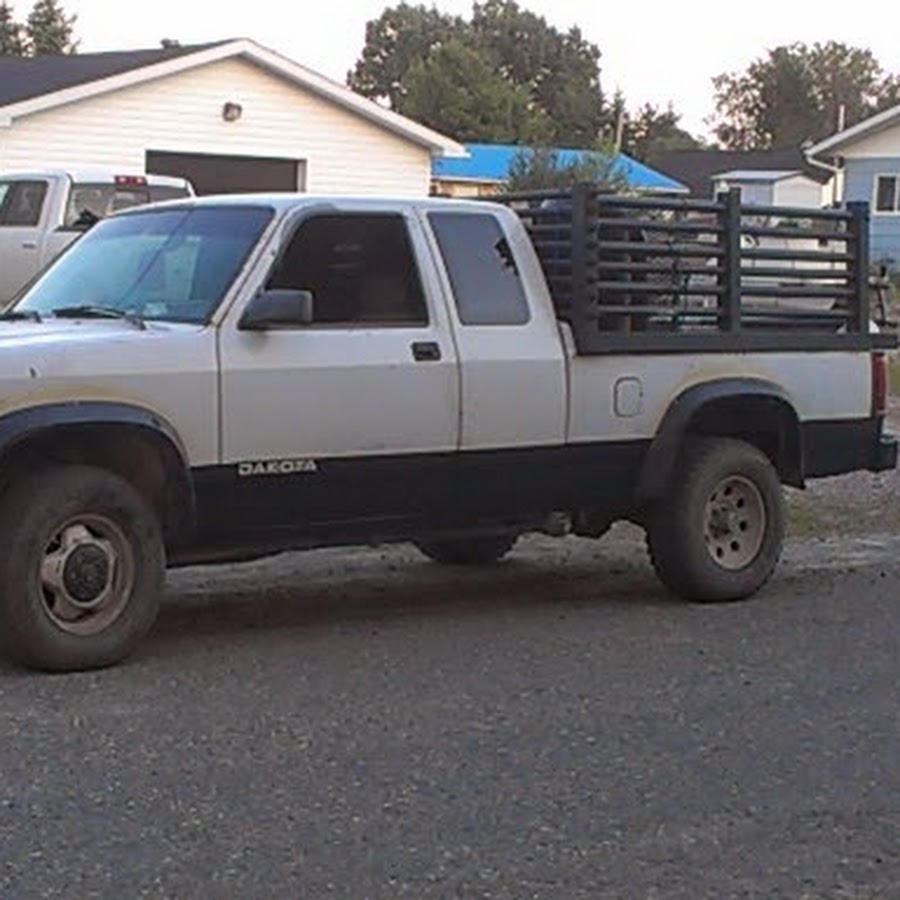 my fingers are crossed for ya T

WOW I had to go swimming again late yesterday but only for a couple of minutes and then into the cab of woodtruck ( with a great heater ) . Quick dash to the house and into a tub of hot water.

I researched the internet and realized Raynaud has been living with me for the past four years .