I have been hi-jacking the Simple-Fire thread when showing my attempts at charcoal gasification so now that I did the walk around video I promised, I thought I would start its own thread. Sorry Gary. Every time before when I started the tractor it started right up and stayed running but you know it never does that when videoing or showing somebody. I had the throttle closed when trying to start it for the video

Here is the video: 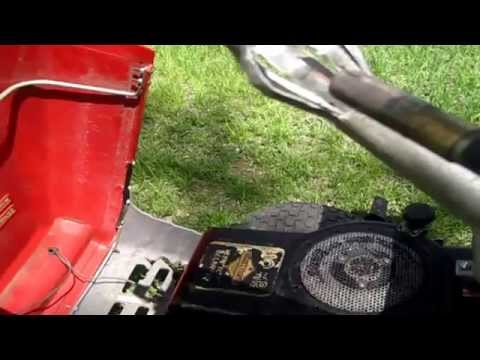 As usual Don a very nice neat job. I see a new use for old "jerry"gas cans.TomC

Once again Don you raised the bar very high. What a clean looking setup. I can’t wait to see what you do with the PTO. I was able to get mine to turn but haven’t tried to figure out how to engage with a lever.
I really like the popcorn idea. Just use a wet vac to remove the old?
Thanks for the video.

Great job on this build too. Looks factory like the Geo. You might seek a patient on that popcorn filter, grow your own, bio-degradable, eat the excess, what’s not to like.

That is one clean charcoal machine!

Thanks much for the video !!

I like the popcorn filter although I don’t know that I could trust my boy any lenght of time operating it . ( I’m afraid the filter material would disappear )

Out standing job. Did you make the fill lid…???

Sweet! i like everything about it. the square reactor is very practical.
the idea of taking off gas from the air inlet for a generator etc is perfect too.
in fact, i immediately thought," this is where you run a 20’ hose to the chain saw!"

Hey Jeff, that fill lid was already on that container when I first saw it at an auction. I right away saw the advantages of that container for a charcoal gasifier. It was used previously for military propellant storage. I love walking past aisles of “junk” that is meaningless to most people and visualize potential uses for it. Sometimes I strike it right and sometimes it sets around a while before it gets used. This time I struck it right. 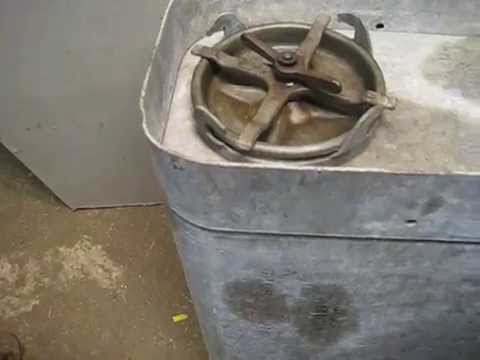 Great walk around and narration, Don. I enjoyed it very much.

when I first saw it at an auction

Well I made a happy discovery today. I mentioned on the hangout last night that I had a bad oil leak in that lawn tractor engine, When I filled it to the full mark on the dip stick, it would all leak out down to the bottom of the stick. Well I found out today that somebody put the wrong dip stick in there and I was over filling it.

I now have the exhaust hooked up to the gasifier with a valve to temper the reaction. It is really interesting how adding hot exhaust will cool the reaction and opening the valve turns that white hot inferno into a nice orange reaction. Started right up today while I was by myself after that humbling experience the other day when my throttle was closed for the video.

Don’t feel bad. You guys didn’t get to see my rant about my awful engines which wouldn’t start worth a damn…except the operator forgot to open the choke. Doh!!!

I like the looks of the square tank and how neatly it all fits together.

Maybe you can sell the used popcorn as “all natural gluten free uniquely flavored” popcorn.

Hi Don, my best one was leaving the key in the on position and having the coil drain most of the battery. There was enough for the startup fan but I push the starter and tick tick tick… Camera rolling of course. Really like the square container with that cool lid.
David Baillie

I found your canister. According to this desc they are very rare.

http://www.semesh.com/houston/a,48,1742468,--GALVANIZIE-MILITARY-CANNON-POWDER-CONTAINER----49-10901-NW-FREEWAY.htm
Price: 49 USD
Date listed: 1 year ago
FOR SALE IS A PAIR OF VERY RARE SMOKELESS POWDER STORAGE CONTAINERS FOR MILITARY CANNONS.THE CONTAINERS ARE MADE OF A GALVANIZED METALTHEY ARE OLD BUT NOT RUSTED.THE CONTAINERS WERE MADE TO HOLD 137 lbs OF CANNON POWDER.AND THEY ARE VERY HEAVY DUTY CONSTRUCTED 28" TALL 16.5" WIDE AND 9.5" IN DEPTH.(

Wow Sean, good find. They are worth more than my tractor!

that has to be the worlds first ride on popcorn smoker , Don very cool