Economy of woodgas vs steam

Yeah, I am going there!

It seems like woodgas is awesome, yet has two huge drawbacks. Fuel, and fuel processing!

Wood chip gasifiers require alot of wood processing to get uniform wood to burn as fuel. They also have some tar issues for longterm use in ICE.

Charcoal gasifiers seem to solve tar issue, but How do you get charcoal? If you buy it your burning your wallet, and if you make it, then its worth more to just sell to someone instead of using it.

However, steam, you just take all your wood and throw it in a boiler, chunked, wet, dry, or whatever. No huge amount of processing, as well as no need to make charcoal. You are using all that woodgas for more heat to create steam. ICE cannot run on steam, at least not for any reasonable amounts of time.

Why is steam powered not looked at more closely? I feel like it solves many issues. I know you cant run your vehicle stock with steam, but this would be more of stationary unit for electrification.

Ahhh.
At the very best for small systems 16% conversion efficiency versus a proven 32% efficiency wood to shaft power.

Wanna’ get lost down a rat hole search up Browns Steam Engines, Reliable Steam Engines and others.
In the APL sponsored Berkley to Los Vegas alternative fuel race one of the best publishing out modern steamers guy’s did not even make it out of California.
Wayne Kieth’s woodgasser did. After arriving east coast to west coast ran the race and came in second. Fueling on only roadside founds woods!!
Steam is a rat hole eat you up with heartbreak. After backrupting you in $10’s of thousands outlay.
S.U.

Why is steam powered not looked at more closely? I feel like it solves many issues. I know you cant run your vehicle stock with steam, but this would be more of stationary unit for electrification.

Now actually use this sites Magnifying glass search function tool and search this site for all of the previous can-kicking of steam with all of the reference links.
S.U.

No No Steve, Ill honestly take your word for it. But charcoal is similar to steam then after all the processing and burning isnt it? So really a Wood gasifier to most economical?

Yes. 100%.
Making and using charcoal has no similarities to making using steam.

Do you personally heat with wood?
Start there. Then work up.
S.U.

Steam has a low efficiency. And here’s an example. Coal is 5 times less than the locomotive needs. This is stated in the video by those who exploit them. 50 times less water than a steam locomotive. Video about the first gas-fired trains.

We have an old engine show in this area once a year when the covid Nazis lets it happen. All kinds of old turn of the century (20th century) traction tractors and steam powered saw mill and equipment. Fascinating, but you should see the enormous pile of longs they have stacked up to fuel these engines. Anyway here is a clip of one of Jay Leno’s steam cars. A marvel of engineering for it’s day. 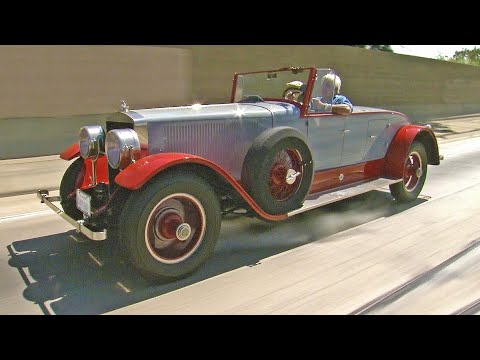 Also check the other you-tubes on the right.

TannerC here are the direct links to the most relevant Steam talking here on the DOW:

“When it comes to small scale steam in the off grid setting, I’m considering a very particular configuration where a piston engine system is optimized for high thermal efficiency, and to deliver heat and power at a constant low rate.” Mark, I’ve been a steam enthusiast before I was into woodgas. I love steam engines and firmly believe they’ve gotten the short end of the stick over the past hundred years. Steam has lots of potential. But I’m also realistic. Everything I’ve ever read or saw ind…

I do not want anyone to just believe in me.
But do their own research and and make their own critical decisions affecting their own lives.
I DO. The other actual DOers here on the DOW do.
Just figure for the real DOW members respect: DOing-your-talk; walking-it; is the real requirement.
Otherwise it is just fancy at-the-bar talking. Worthless.
Most here will put you on snore-ignore. Go out and chop more wood. And then creatively REAL burn-it-for-benefits; and gasify-it-for-the-glory of energy Independence.
S.U. 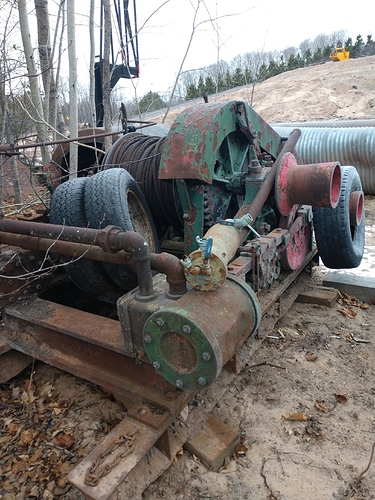 Steam is possible if you don’t care about efficiency. If you have unlimited free fuel, and cannot control your combustion very well. Or have a raw fuel. But guess what…all the work that you have to do to make an efficient boiler and refined fuel…still lead to a pressure vessel, that needs an “S” stamp to be used.
All the same work can go into building a gas producer, and the associated refined fuel that can fuel an existing engine, AND nobody cares!!! Look at the antics the woodgas community has to go through to get attention, whereas the steam guys have to jump through some real hoops.
Steam doesn’t need grid. Steam doesn’t need sun. Steam needs water and bone dry wood. I would love to find a place for steam…but I cannot afford to get into it.

Ha! Ha! Bruce here is your morning laugh.
Wood gas for IC engines may occasional go Whoosh! to make wanted never ending enclosed in-cylinder booms-pushes.
Steam you are always trying to not have a boiler big-BOOM event. Only making in-cylinder back and forth whooshes. Torquey whooshes. I give them that.
S.U.

Steve! Exactly! I helped restore steam locomotive and I found it to be a very simple machine but it was pretty frightening because the boiler was riveted together and in order to tighten the rivets you just use chisels and hammers to stop the leaks. I just can’t really get used to that.

If I could get someone to clone me I’d love to mess with steam, but there are limits to what one dude can do and my dance card is full. Still, there is a big difference between the boilers they used in the old cars and a locomotive boiler. The main thing about steam is you just can’t walk away from the gauges.

I think 6 cylinder inline wood gas would be more efficient then a boiler full of ice . Water that has reached a temperature below freezing . My boiler has atmospheric pressure and antifreeze and had gone into teens . And I say something about Organic Rankine cycle . I love steam engines but I fear water .

The naphtha engine is an external combustion engine, generally similar to the type of small steam engine already in use for steam launches. The working fluid is naphtha, which unusually is also used as a liquid fuel to power the boiler. Appearance is similar to a steam launch, having a small vertical boiler and vertical cylinders.

The burner for a naphtha engine uses naphtha itself, and is similar to that used for steam cars. Although such convenient and self-regulating liquid fuel burners were also used on steam launches, most launches at the time of the naphtha engine’s heyday were still using solid fuel.
By the 1880s, the small steam engine was well established as a power unit for small steam launches, as well as for large boats. However US law, prompted by some past boiler explosions, required that all steam boats carry a licensed engineer at all times
A more popular alternative to the steam launch was the naphtha launch, which used an alternative power source.[2] Advertisements of the period used the deliberate phrase, “Every Man His own Engineer!”[3] to highlight this legal restriction.

A naphtha launch, sometimes called a "vapor launch", was a small motor launch, powered by a naphtha engine. They were a particularly American design, brought into being by a local law that made it impractical to use a steam launch for private use. By the 1880s, the small steam engine was well established as a power unit for small steam launches, as well as for large boats. However US law, prompted by some past boiler explosions, required that all steam boats carry a licensed engineer at all time...

Yes.
When the tail wags the dog . . . cut off the annoying tail. And dog-on.
Why I woodgas for engines.
S.U.

I remember the Snake oil guy in Belize who always talked about using propane in an Organic Rankine Cycle Engine.
I would do steam, but it’s harder then wood gas. I would do woodgas but it’s harder then burning gasoline (winter) and diesel (summer).
I see no point at all in burning ANY liquid or gaseous fuel in a boiler, that defeats the whole point of doing steam.
Overall efficiency? WOOD GAS! Producer Gas!
I can take a five gallon pail of wood billets, and fuel a Farmall H and cut a face cord of sticks into producer fuel. No job, no boss, no insurance, no license plate, no money, no taxes, no inefficient electric bill or propane heater bill.
Thanks fellas…I had forgotten these lessons. I better stop screwing around and start living this again. I forgot…I been playing richie rich for too long. Comes from having that hot wife feeding me all the time…Hmmm.

The carbon-neutral power project, operating under the name of the MLTC Bioenergy Centre, will be located near Meadow Lake, Saskatchewan within the traditional territory of the nine First Nations of the Meadow Lake Tribal Council (MLTC). The green power generation facility, with major equipment supplied by Turboden, is a project of the Meadow Lake Tribal Council, supported with funding from the Government of Canada. The facility will produce electricity from an ORC system(Note) utilizing Turboden’s technology, with biomass fuel derived from residual wood waste from the adjacent, MLTC-owned NorSask Forest Products LP (NorSask) sawmill as heating fuel. The system is expected to produce 6,600kW (net) of carbon neutral baseload electricity to power approximately 5,000 homes. The project is expected to decrease greenhouse gas emissions by more than one million tonnes over 25 years (equivalent to CO2 emission of more than 50,000 vehicles per year), as well as significantly reduce smoke and other harmful particulate matter, improving the local air quality conditions. In addition to the generated electricity, the cogeneration system design provides process heat to the NorSask sawmill buildings as well as new high efficiency lumber dry kiln, which will reduce natural gas consumption and also improve the economics of Canada’s largest 100% Indigenous-owned sawmill facility.

On 10 February 2020, Turboden has concluded a contract to provide Meadow Lake Tribal Council with 8,000 kW, in Canada. Discover more, enter the website!

Welcome to the onsite operations!  We will keep this page updated regularly - please visit often.

8,000 Kw could you not just produce this power from 6 cylinder inline engine running on woodgas ?
Wait is this 8 Mw plant not 0.8 Mw plant ?

Wouldn’t 8000 kilowatts be 8 million watts? I don’t know. My main use for math is counting my money. I never get much past the hundreds.