Given the current diesel prices i would think long and hard before buying one. I own some and this is the first year i am actually happy to he haying with old gas tractors.
I keep watching the battery technology there are some interesting options on the horizon. CATL in china has started producing their sodium ion batteries for markets in Asia they plan on mass production next year. Those will be about half the cost of lithium ion once they hit mass production. There is a prototype pre production run in Massachusetts of a polymer battery that could be as cheap as $20 per kwh but it is probably a few years out IIRC they made something like 10,000 cells for $65 per kwh but are looking for funding to build a mass production company. Those will be bulky (5x lithium ion by volume but lighter) and thus for stationary storage or for those of use who don’t mind bulky solutions for converting older equipment. My guess is by 2025 i will be able to afford to convert some of my old tractors to electric. Ofcourse that requires time i never seem to find for projects. Speaking of which i need to go unload the 160 bales i got yesterday before my baler broke then see if i can get it going today without having to wait for parts… the joys of farming with antiques.

Hi Bruce , let me get this straight that’s $100 per cell , so 400 for 4 cells is still pretty good if they are new cells , but don’t even think of using them without a very good BMS with a High amp rate other wise they wont last long at all , i have some hybrid lifepo4 car battery’s , the cells are 25AH and the capacitors are rated 1900AH and weighs in so light you can carry it with 1 finger , i have run this in my 4 litre Hilux for 6 months now its speed at turning the engine over is amazing , today i just ordered 2 more @$400 each 1 for a John deer front end loader and the other a Nissan ute .
Dave

Dave the speed you see cranking the motor is because lfp have 3.2 volts per cell so 4S is 12.8 volts. Now you consider the voltage lag under load of lead acid and you probably have 2 or move volts cranking that starter much higher speeds than lead acid can handle. If you could get a 24 volt system from a military motor instead of the 12 volt alternator and lights on a commercial motor lithium in a 7S configuration would be a much closer match and would charge better. But i would still want a very good BMS.
I have a project to build an electric tractor which i started last year the BMS and inverter/charger are the only major components i need to select still. I will probably buy the inverter i posted here a while back i just haven’t because i am not that far along.

Ok I ordered 12 more CALBs . I want to trial them in the golf cart. They are 100ah, and it looks like they can handle charging at 1c or 100 amps. I don’t have anything that can do that. The flex max only goes to 80amps. I guess the thing I am concerned with is the end of charging cycle. The flex max may handle this. 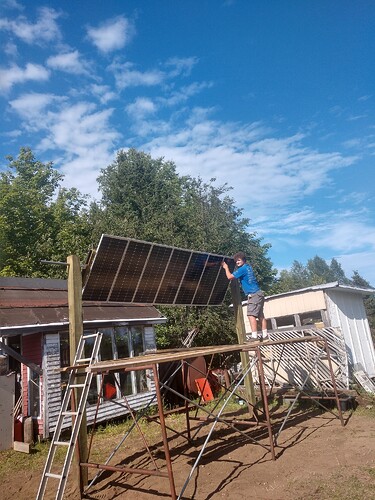 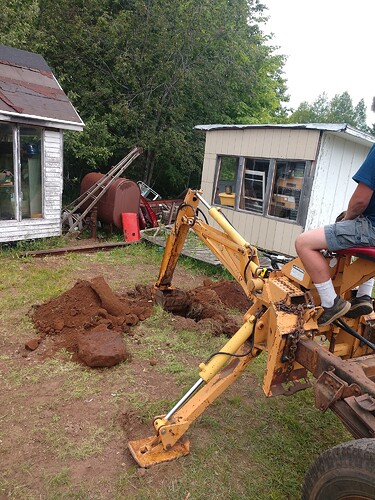 IMG_20220625_1333575171500×2000 1.53 MB
My little rant about this is that we aren’t selling an offgrid power system, but rather a fantasy. These people see us with no power lines and think “Hey! I want to be independent too!” Then they shell out for some sort of system that fuels the illusion of being independent. It’s

because everyone is absolutely thrilled to see that $500,000 roadgrader coming down the road to let them out. The truth is we are all very dependent on each other here.
Still, we do enjoy showing folks how to set up solar power.
10 Likes
SteveUnruh (Steve Unruh) July 4, 2022, 1:38pm #66

True Bruce Jackson. We are all dependent on each other. Just the nature of being human.

Having the Freedom to choose who; and how much we are dependent on; is what is the goal.
Imagine a Rural USofA where the Rural Grid-out electrification program had never happened.
Those willing to scrimp, save, buy-invest and build did have electrical power. Instead of being just wind tower turbines and brought in fueled IC engine-generators they’d sure to have evolved to PV solar as a component too. Also sure to have evolved to grow your own engine fuels of seeds oils, alcohol crops. Woods for electricity too.
“Back to the Future” Not the fantasy version. The for-real verson.
S.U.

My little rant about this is that we aren’t selling an offgrid power system, but rather a fantasy.

Do property taxes go up after the installation? I was looking at unattached ones for that reason.

Good question! IDK. If in doubt, call your township tax assessor and ask him (or her). I am willing to bet that it is a purely local decision whether or not your taxes go up, for a solar installation. Around here the taxes don’t go up because of that. One of the installations I’m doing right now is for the township supervisor, and that person doesn’t even want it inspected, so it won’t be grid tied. It’s a strange world I live in.