Flying in the Adirondacks

Hey Everyone,
I thought I’d share some of my flight vids with you. Part 1 is my hometown, my brother’s business and our family home on Simon Pond (one with prominent dock). What a great place to grow up! I feel blessed.
Pepe
Here’s part 1. 2 and 3 are coming. Enjoy. 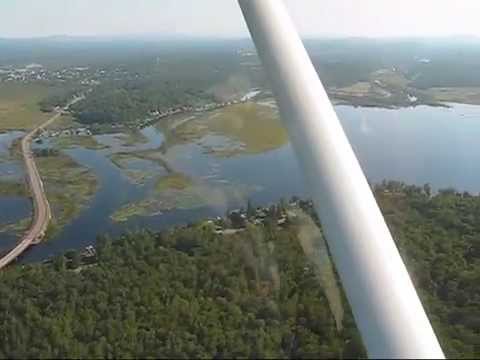 Here are parts 2 and 3, The rest of the flight around Tupper Lake area. 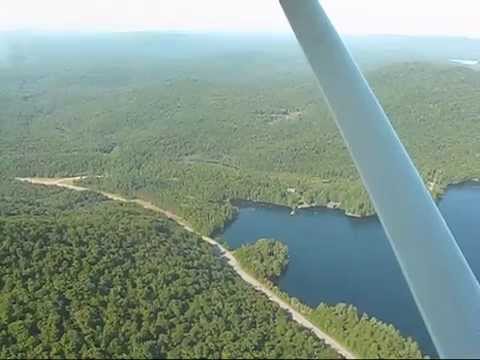 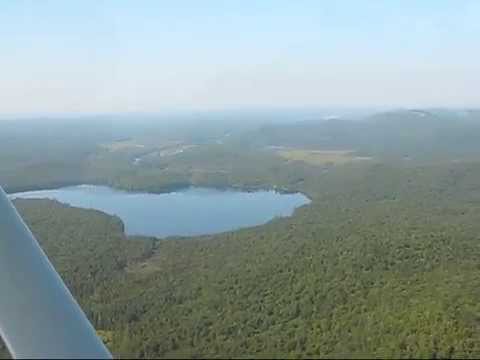 Nice flying area you have there.what size weight plane are you flying in.I flu in one plane in my life, with a freind of my dads just after he finished fying school.It was windy that day and you could feel the plane shuttering.

Hey Kevin,
Thanks for the comment. Yes, it is great flying country. I flew the club plane, a 1966 Cessna 172. Yeh, the bumps kinda scared me too, until I was told to picture them as waves on a sea of air and some places you’re more likely to encounter them.You always HAVE to know the weather BEFORE you fly. Around clouds and weather fronts are classic examples where you will find turbulence, up and down drafts, changes in wind speed and direction at diff altitudes, etc. There are distances to stay away from clouds in VFR flight. You do get used to them. They also keep the gasifier flowing Some other info below. My younger brother and I built this single step hydro plane and we used to fly over this same water with a 10 hp Merc with a racing prop. Oh, wow a racing prop! LOL. It was good for a while but you know kids! Alone in that boat with the sound of that Merc wide open on a calm day was intoxicating! Too wide open too long finally snapped a rod and you can imagine the internal mess. Cooked! Notice the classic lines of the 14’ Thompson open bow run about on dock upper right. I’m grinning from ear to ear wondering how fast my little cousin is going.
Pepe

Nice job on the boat Pepe! Sure would love to see footage of that in the water. It’s amazing the speed one could get out of a 10hp in those small boats.

Hi Bill,
Sorry, no footage from my Mom’s Brownie. The Merc would push 30 and it felt like you were flying. I call the 10 horse Merc hurricane the Harley Davidson of the water. No other sound like a wide open Merc. The boat plans were in Mechanics Illustrated or a similar magazine. I was 15 or so.

Nice tags from your plane,that tells a lot, Is that a sport plane,or would you need the full flying lisense.

Thanks, Chris, I wasn’t sure how to move it.

Kevin, this plane is usually flown in the utility category and requires a full license, however you can fly solo when your instructor feels you are competent. At that point you will have a medical certificate as a “license”. What a great feeling to be alone in the cockpit. Take offs and especially landings are really fun. Full license requires passing the FAA written exam and a flight test with an FAA flight examiner.