Hi guys new here, have read almost everything there is to read or look at on woodgas. So after seeing the no weld gasifier by Steve Abadass, tactical woodgas has a little dragon and a big dragon.
Both very cool! But I liked the dragon gasifiers better. I think it was the fan. Looked easy to light, small,affordable to build on a fixed income. So at the beginning of the month I went to the local hardware here in Croswell and bought a few pipe fittings a tall bucket that had a tight lid and went home and built a mini.stratified downdraft gasifier. I ordered a bilge fan fron amazon that worked great with the sir restricted snout half. I flared for about am hour befor my 12v charge pack ran down. My little gasifier made better gas at the emd but after reteafing a couple articles I realised it was because the airflow was only maling charcoal not consing the pellets
My first step towards an independant life. Even in downtown Croswell, where the police smile and wave back at you. The people are friendly.Its a very small town. I live right on Huron Ave.right downtown. The only property zoned res. in the busyness district. Everybody can see my little yard and what I am doing. Last year I grew vegetables on my femce. Will this yr also right along with scrapping pallets for fire wood and making charcoal on mainstreet. I love this little town. I live right next to the bar. Normally its closed on Sat so After cutting up some pallets I hooked my gasifier and was able to flare for afew mins before the batterie died again started on charcoal had good gas in less than 3min very dirty still need a filter and electric genset will post picts soon

I hope all you experienced woodgassers out there smile and laugh at my little rig. Just remember: this is what I could afford to prove my concept, plus it works. it is big enough to run a 3 - 5 hp engine. Its small enough to supply gas for an outdoor kitchen. Its 12v so you can run the blower off a car battery .

I believe no one here will laught at your efforts. But I believe if I say, for all of us - keep going and get it right. Me myself have not yet started to build my own, but I will get to it. And then alot of those “what to do now” questions would have been answered by others like yourself that have been trying before us.

No one in this group has ever laughed at anything some one has DONE. We really do like pictures, please.TomC

I laugh at my own work only , some of the things I have done to prove it works before I go and spend cash on the proper bits have me rolling on the floor

If something works then hell you should be proud of yourself and hold your head up high , at least your willing to give it a go !
Cant wait to see some photo’s soon .

Welcome Jesse. Experimenting is fun unless it bites you, or breaks your bank. Sizing is an ongoing project here. I think Wayne’s V-10 is the biggest, and there are several small ones for generator, or wood spliter, or 4 cylinder driving. As Tom said: “Doing is the key”.

Hey Tom, I say laugh should have said smile, have tried several times to upload a pic or vid but keep getting a notice that I’m
not authorised

So after completely deleting every pic or vid from my phone I finally can take a vid of the little gasifier making gas and had a real pretty flare at about 10:30 tonight. I will have to upload it tomorrow. Have one of my teenagers do it for me. Now to start my battery bank and build a generator. One step closer to freedom

I’m going to take it apart today. I’ll give the rundown on everything then. Thanks to Steve Abadass and the guys at Tactical woodgas I was able to keep this thing as simple as possible. I’m giving them design credit for their peices and thanks for posting to public domain so that guys like me who can’t weld but still want or need a gasifier 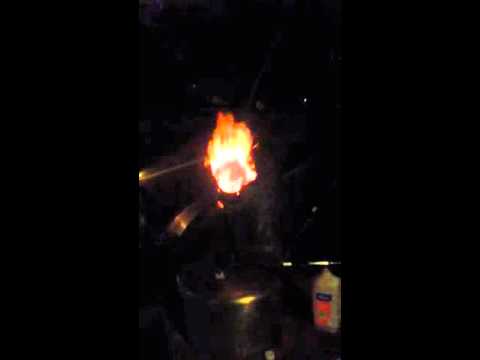 Thanks Wayne, Sorry the vid is so dark I wanted to wait for dark I’ll tru to post some daytime pics

Well it took most of the day but I did manage to post
Two videos on my youtube account. Freedom Woodgas
What you see is what there is. The grate is just a canned veggie
lid that I punched some holes in with my hunting knife. Then I trimmed so it would fit inside the pipe nipple
My next vid will show me putting the gas to work

I had to close this acct. so I could keep the woodgas seperste from my church ministry 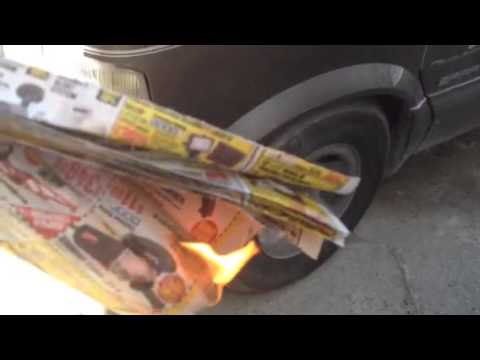 Thanks Chris I’ll do that from now on

Hi Jesse , at the start you mention Steve Abadass’s no weld system and the Tactical woodgas’s dragon , and that you liked the dragon gasifier better , but mainly because of the fan .
AM I correct in thinking then that the Tacticalwoodgas’s system is the same design as Stephan’s then ?
Sorry for asking its just I had only ever seen Stephan’s design before and not come across the Tactical woodgas one before .
All the best and hope your having plenty of fun playing
Dave

No actually they are two completely diferant designs Stephens’s is a crossfire or cross flow.
Tactical woodgas is a downdraft of some sort (open top) https:/www.youtube.com/watch?v=WHKJMsdYDRs for a vid on their little dragon
I Had set my gasifier up in a traditional way: burn tube in a outer shell that collects and dispenses the gas. and it did make good gas but my pail was very difficult to seal air tight so I did away with the collecting can and attached an 90 degree elbow to the bottom and stubbed it out the side of the can or pail. don’t know if this is a good design but it lights easy and makes burnable gas in less than 3 min. cold start. After it has run awhile 30+min. the gas quality does improve some. ( I need to order an ac powered blower for home use and the learning curve
My little charge pac is getting very tired which makes my run time quite short, low air speeds, lower temps and zone migration)
I’m going to do some changes this month I need to install a lighting or ignition port
I am also changing from 2" to 6"-8" burn tube reduced down to 1.5"-2" I think I’m staying with this closed system I did find some reasonably priced barrels on craigs list so I after some number crunching the generator needs a bigger gasifier
when I dismantled my gasifier today I was pleased to find only char residue and condensate inside my dyi cyclone. washed off my hands very easily with dawn dish soap.
I also noticed that the 1/2"pipe that went to the cyclone had some “collestoral” athero sclarosis. it was getting clogged probably caused by low air speed and low temps.
Not taking the chance I will change it to 3/4’. Now that I know my cyclone was working properly, I’ll make the inside can permanent and install a char/condensate drop compartment
I have to go talk to my favorite hardware man and get some prices on larger fittings or have an adapter made at the local welding shop
this little gasifier is pretty cool all in all, it will supply enough gas I think for two burners.