Just got off the phone with a fellow from southern Ontario… want’s me to put a gasifier on the front of his old John Deere.

Hoping to get the tractor in a couple of weeks.

Looking forward to do this as I want to do one for myself at somepoint… be nice to learn on someone elses machine.

I’ll keep you all posted as to the progress.

That oughta be a fun one,
Looking forward to seeing it.
TerryL

Hey A.O.
That will be cool to do. Going mobile!
Dan

Oh yeah! I had a good time doing my uncles Tractor (an Allis Chalmers WD-45). I couldn’t sell him on going with a mobile setup but it was still great. Those old tractors are so torquey you don’t really notice too much loss on woodgas. Start thinking about the old through the carb or under the carb feeding setup. I procrastinated it and sort of hassled-up a mixing box and fed it all through the carb. It was an old drip drop updraft carb with a little screw to set the mixture and after a dozen hours of run time soot or something clogged up the orifice where the gas drip dropped out of and you could no longer run it gasoline anymore. By that time we had a routine to start it on straight woodgas. Still kinda sloppy wish I would have done it different.

That will be interesting Arvid to see how the pulsing of those two big cylinders will affect the gasifier. I bet it will purge the ash pretty good. Might have to tweak the grate a little. Are you going Imbert and run on chips or WK with wood blocks?

It will be victoria based (modified imbert) hoping with chips. we don’t use a standard grate, i’m thinking it should work ok… really looking forward to making it run on wood gas. The customer would like to be able to run it either wood or gasoline so i’ll probably do a mixing box under/after the carb… we’ll see what it’s like when it gets here

Good project Arvid. I wonder about the 2 big cylinders too. I hope you don’t mind me posting this link, this is my go to place for old tractor data and pics. Others might find it interesting too.

Carl, not at all… I go there all the time. Lots of very useful info there

Interesting table that was posted on the yahoo groups by my buddy Stephen… nice to see that my spreadsheet i use adds up to the same. Awesome Arvid! It should be a fun project. Can’t wait to see pictures and videos.

Good Arvid! Keep us posted including pictures. Those M models have the vertical inline 2 cylinder engine with the narrower stance that gives more room on the sides for the gasser and filter/cooler stuff. Good displacement size for a smaller gassifier too and with the heavy flywheel it should turn good on woodgas.

Cant wait Arvid driving the Farm All M was a blast!!! this alone was worth all the hard work!!!

Look what showed up this morning. 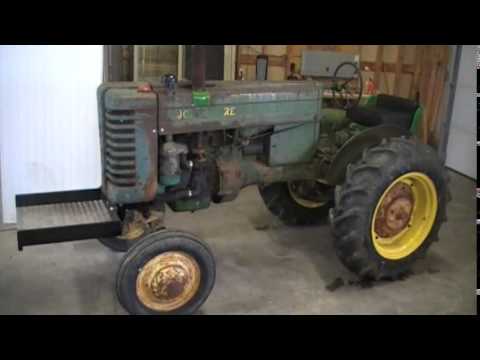 Get ta work man, the clock is tickin

Looks good Arvid. Did you put the front platform on it or did the owner do it to your size specs?

Thanks for the video , keep us posted

Terry, the engine sounds very nice… old tractor sound, but right… if you know what i mean.

Don, customer built the platform based on my recommendations… he knows i’ll probably cut it up some but he’s more than ok with that. He attends a lot of steam shows and is looking for something that will spend most of it’s gasser life idling, and maybe doing the occasional parade. Compact is what he wants so that is what he’s getting.

I’ll post stuff up as I get it done Wayne… I’m looking forward to hearing this thing run on wood. 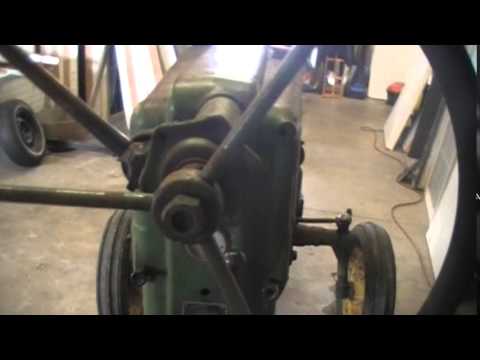