Ok so yah, been gone from the scene for a while… Anyway in school now doing a semester project for my engineering class… 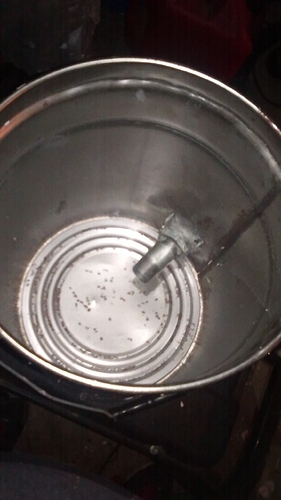 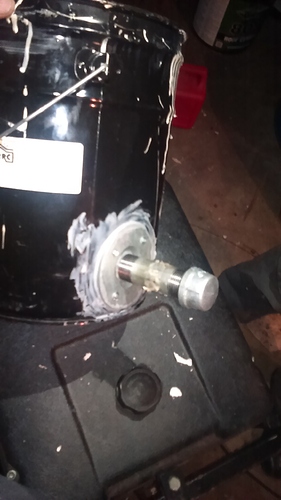 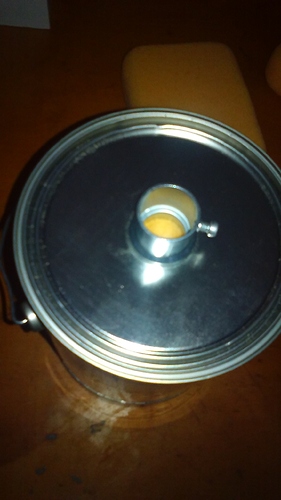 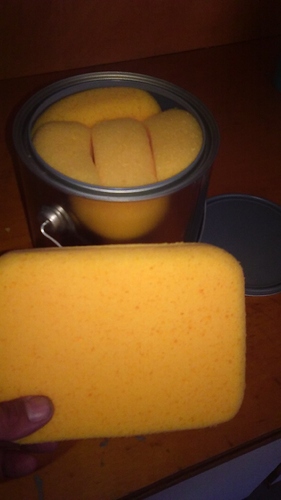 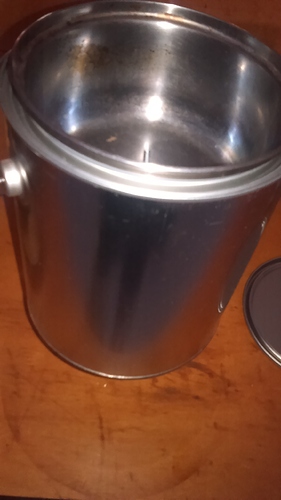 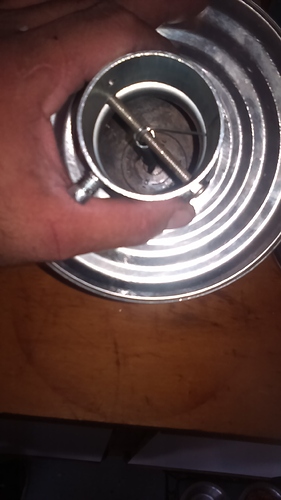 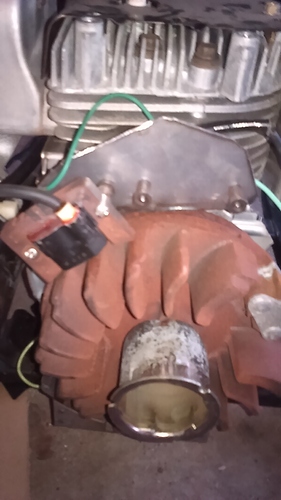 I for one am glad to hear from you. What is the purpose of the project? Other than just running an engine on charcoal not that is a bad goal to have.

Thanks for posting the pictures Was good talking with you last night.

For those not knowing Jonathan he has been around wood gas for a while . Back in Dec of 2008 Jonathan road with me in a 91 gasified Dakota from Alabama to Kirksville MO. and back . It was about a 1500 mile trip round trip. I got the chance to drive in snow and experience some cold weather !!

In MO we put on demos of a generator running from the truck gasifier and pulling power tools . We did demos at Truman state university and the Missouri Livestock Symposium.
.

It was good talking Wayne, that trip was very memorable for me, Hope to catch up soon. I live in south Florida now.

a link to the newspaper article for my truck.

Hey Tom, we never did get that cup of coffee, you’ll have to come to south Florida to get it now… I am a Mechanical Engineering Student now and for the semester project for my engineering class we got to choose between writing a paper, building a robot from a kit or doing an approved alternative project… This sounded way more fun

Jonathan, Thanks. Looking at your steel bucket reactor reminds me of my propane tank reactor. One of the things I didn’t do at first was to have a method of preventing the small charcoal from being sucked into the filter or cyclone. I suggest at least some screen over the output pipe. (Charcoal sorted and screened to size…1/8" up to 3/4" maximum.) Be sure to get an airtight seal on that bucket. Provision for exhaust gas at intake nozzle? What are your thoughts on the pressure relief container/valve? Is it just to collect water vapor or is it sort of a “dropbox”? I just read the newspaper article link that was posted a few minutes ago. Wow! Since you are an experienced woodgasser, I should probably cancel what I wrote above. Well, perhaps someone else will possibly benefit from my ramblings. Good luck in the Mechanical Engineering program. In my Electrical Engineering studies we had some analog computers, punched card digital computers, and learned how to design vacuum tube circuits. Showing my age, huh?

That was the article that got me into this mess. It’s all your fault : ’ ). Come mid January I will probably be thinking about ways to get South to get out of the cold

Hi Jonathan, this is a bare bones one for you obviously. All I can see is maybe wrap the air intake nozzle in a sacrificial stainless steel shroud to give you some extra life on that nipple. I’ve found a cyclone well worth it but is this supposed to be a weld free project? A layer of wool blanket as a prefilter on you foam filter will also make your life easier.
Good luck, David Baillie

Yes I did opt for a stainless nozzle. The local plumbing supply has 1" x 6" in stock just cut the middle out to make two 1" x 1.5 … My documentation will probably increase as this project progresses.

Yah I understand the rerouting of the exuast… But in all honesty, in my humble opinion your not cracking the co2. Your cracking the left over condensed water vapor from both the gasifier and the engine intake air . Carbon is way more electro- negative then hydrogen so the bonds between oxygen and hydrogen are going to be broken before the bonds between carbon and oxygen.

In south Florida their is more than abundance of water vapor in the air probably more than you can crack. But I would be interested in adding an additional steam when experimenting with 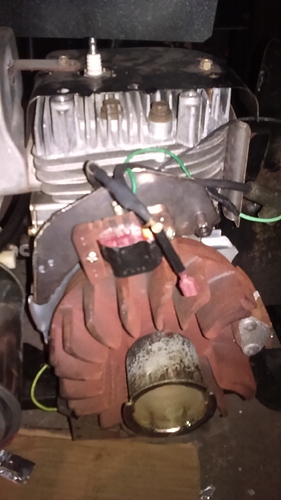 This is where the timing actually worked out

I did get it too pop off a couple times… my 110 volt starter aka arm breaker drill motor, was having trigger lock issue… So I called it a night.

Hi Jonathan, The CO2 added as exhaust is cracked, but more importantly it cools down the temperature of the oxidation zone, Moist air will definately add a smidge of hydrogen, but will not be enough to keep your stainless steel nozzle from melting, Granted, it will take some time and depend on how hard you pull the gasifier, Great project though and will show your class how easy it is to turn wood into an engine fuel,
Gary in PA

Gary, do you mean that there is not enough water in the air to cool the reactor sufficiently?
_ Or want to tell you that the water vapor cooled less than CO2?
Thierry

It looks like your electronic magneto timing was changed quite a bit from your original picture. Any ideas what your new timing actually is? Your homemade timing plate looks very sturdy.

I’m going to guess and say your latest timing picture is around 32 btdc.

I’m curious to see if you will utilize the governor, as part of your throttle set-up.

It all depends the reactor temperature

Try to play with bamboo charcoal twigs… you’ll notice fast how hot it becomes if you get blocked by molten silica… adding water and or exhaust gasses will cool down the glowing and if you balance carefully with an thermocouple, PID controller and a solenoid valve…
Just make sure its not to cool in there… thats my preference.

Today testings revealed that my reactor gets hot from the outer shell heat transfer, not from hot gasses passing thru.

So much to play with, … i am happy that i did choose the paved road from Gary Gilmore for my first builds… It works… and it gives me plenty room for experimenting and learning.

So I ended up with some hot spots on the side of my bucket I decided to insulate. 75% rapid set cement 10lb box and adding approximately 20-25% by volume of sheetrock light weight joint compound… Basically poor man’s refractory cement. Set up for approx 2 hrs then “light fireing” 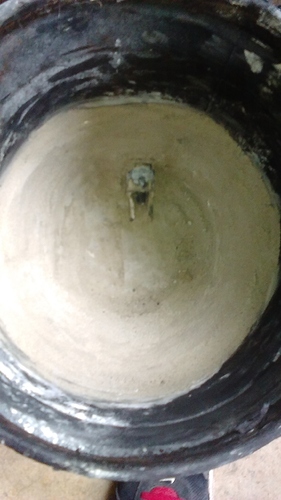 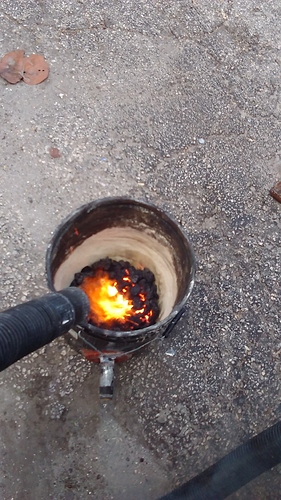 Hi jd,
Maybe this will help. Pull the plug for safety. Pull the flywheel nut off and you can at least rule out a broken shear pin, a real timing killer. If it’s broken, then you have to pull the flywheel and replace the key before you can proceed with any degree of confidence. Maybe you already knew this. I just worked on a pop off engine a while back and this is what I found. I had to buy a new puller it was jammed so bad. When it popped off it was so loud I thought I snapped the flywheel in half. Aggggghh, I yelled! Still intact, I couldn’t believe it. Yahooo, you lucky so and so!
In my picture, draw a line from the center of the crankshaft through the center of the key in the keyway slot out to the rim, now imagine another line from the center of the crankshaft through the center of the magnet on the rim of the flywheel. The angle between the 2 lines is pretty much the timing angle. Those two spots on the flywheel will be the same no matter where the flywheel is. Now draw a line from the center of the crankshaft through the center of the broken key in the crankshaft out to the rim. The angle between this line and the first line I described will be how many degrees your timing is out. This one is advanced 60 to 70 degrees, meaning that the metal object on the right is passing the ignition coil (creating a spark) 60 to 70 degrees before the valves are in position. Rotation here is clockwise, yours may be, check it. Pull the starter rope.
Once you know this, with the spark plug removed, rotate the engine by hand and using a probe sense when the piston is at TDC on the compression stroke(both valves closed).
Good luck sleuthing it out. I put my engine aside until I can get that wide offset style key.
Pepe 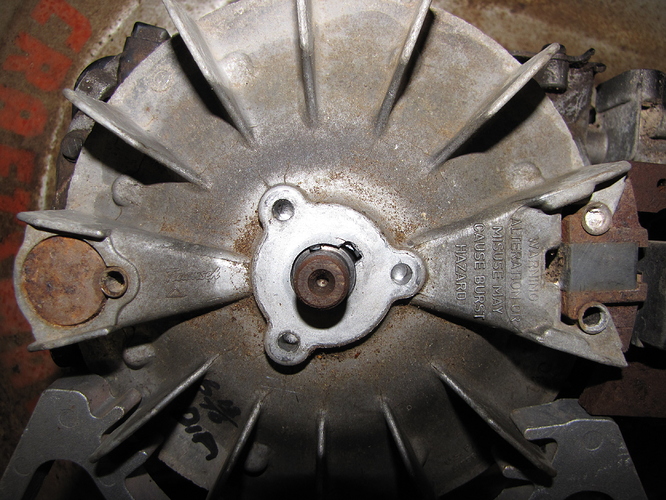 I have read somewhere that lapping the flywheel to the output shaft with valve grinding compound makes a fit that can be locked in any timing position without a key. I haven’t found time to try this yet. Anybody able to confirm? This would beat trying to mill a new keyway or settling for the 10-15 degrees offered by using an offset key.