Where did your chart data come from?

I am looking for the graph projections for Canada and the US, but having difficulty finding anything.

I found the graph on the “Mechanical Engineering” forum where there is a debate about the respiratory device because there will be too few of them in health clinics due to the pandemic.
https://www.strojnistvo.com/forum/viewtopic.php?f=16&t=50015&start=15

You’re a legend, but a cat is a tiger

I see you are from Canada, my grandfather worked near Toronto around 1925 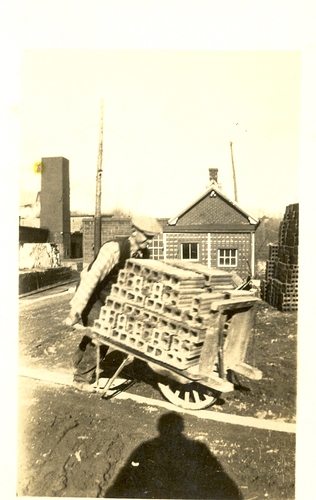 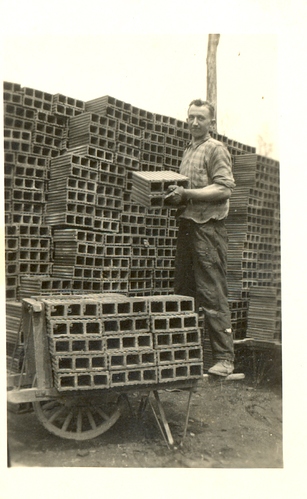 It is amazing how few people are on the roads down here. And fortunately, when you see another person they leave about forty feet between you. We’ve only been in one building,. The rest stop at the Florida border. No other people there at all. Lots of fun. Swem

The rest stop at the Florida border

This site has all the data you need. Dont take it face value it is loaded with links, it is the best there is out there.

Thanks Matt. That is a good source of information. But it does not put it into a meaningful context regarding the potential over all scope.

The graph projections put matters into clearly understandable form where you can see the predicted rate of increase, the peak dates, and the overall number of casualties. Some of the figures projected for the US are shocking.

I also came across a site describing the WHO data as unreliable, and at times erroneous, which they haven’t been effective at fully correcting.

It seems that north America generally is very short on testing, so testing is being limited to travelers etc, so the results are skewed and likely very under represented about 10 fold. Also the time delay before symptoms show leave a data gap up to multiples of the doubling time. This leaves us then to use statistical methods the graphs reveal.

By the sounds of it, basic information is largely lacking in the US and Canada, and efforts at containment have come too late, so we can assume a worst case scenario. Yesterday Cuomo warned the New York medical system is near being overwhelmed.

From what I understand Australia has failed to institute any social distancing and is seeing a probable doubling of cases every 2 to 4 days. They are expected to be Italy grade by early April.

Canada could be interesting, with regional differences because the population is spread out a fair bit through different regions.

It strikes me as not a coincidence that the graphs are virtually impossible to find.

pee on a truck wheel

Nice tractor! We don’t see Holders on this side of the world very often. Here’s mine, it has been a pretty impressive little tractor. 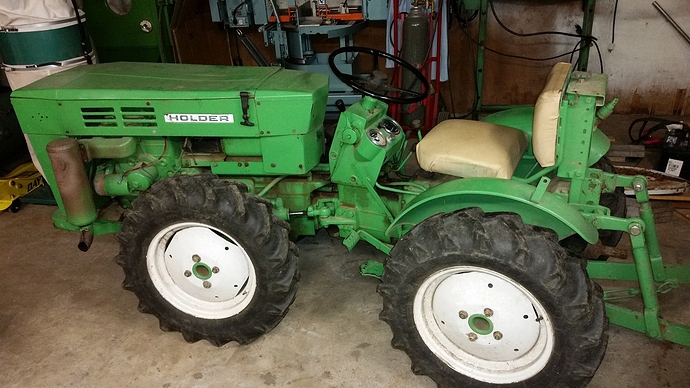 For those you have to keep a good parts list…

Dan, this tractor is not bad for parts. It started out as a Cub Lo-Boy number series. I don’t think the decal was still on it, however I think it is a 154. I’m only using half of the frame and the transaxle, so common parts. The rest of the machine is stuff fabricated or off the self. This one will have power steering. Hopefully also my portable generator, if there is room.

A shortage of paper products doesn’t bother some of us Alabama folks .

Yeah I always thought that one was very funny. Plenty of tp here. I love North Florida. We couldn’t be more isolated this side of Rocky mountains I think. .

Didn’t want to create a new thread for a weekend project that does not need further discussion, so i’ll post it here. In my bedroom I find myself throwing several sweatshirts and coats, pants, etc on the foot of my bed, so I made a wall mounted coat rack. I did not want to spend $30-$75 on some coat rack that I fear will look out of place in a setting such as my room. I used railroad spikes that I sourced “somewhere where they are normally found”, and I utilized a piece of live edge cedar that I found locally for $3. I cut the railroad spikes so that the pointy end was not in the way, and i center drilled and tapped the end of the spike in 1/4-20. in my piece of wood, I mapped out where they would go, and i drilled a 1/4 inch hole so that the screw would go through the wood and into the end of the spike, but i did not stop there, I drilled a 5/8 inch hole into each hole the spikes would attach, and taking a chisel, I made the holes square to fit the spikes perfectly. I have a rustic looking coat hanger that matches the room, can hold much, much more than the capacity of store bought hangers, and costs less than $5 except already owned tools and wipe on polyurethane. 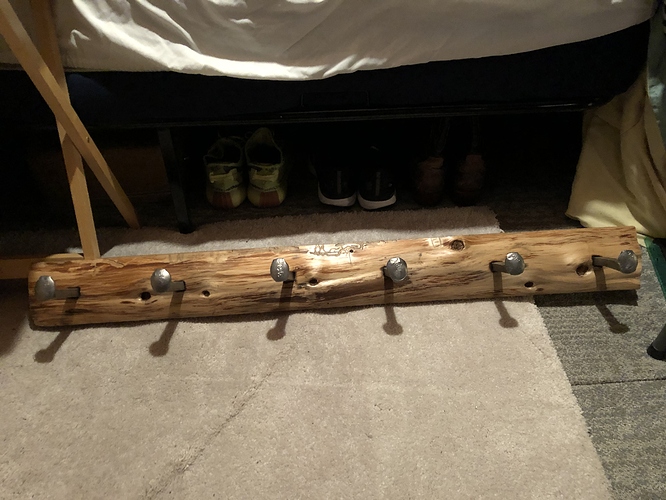 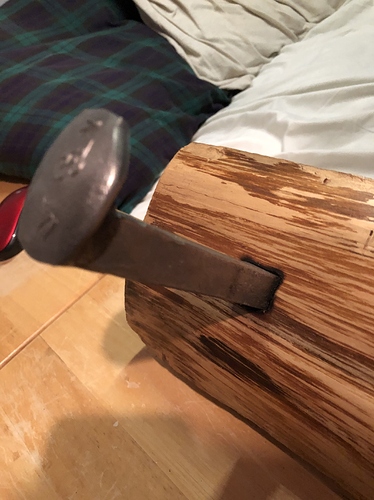 Nice work Tyler. I too like to use the more rustic aproach when l build something. This is the apiary l built yesterday. 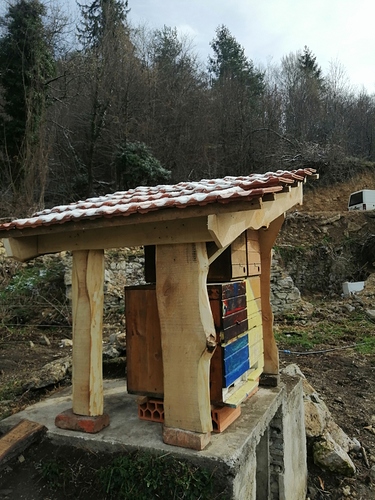 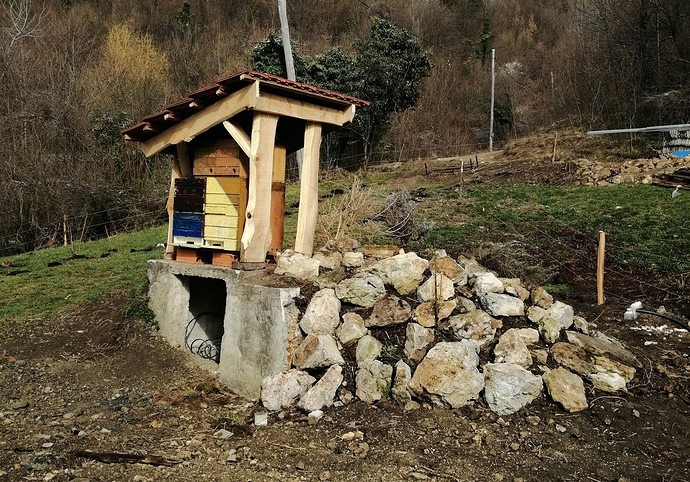 Thats only if we can believe any news from china, ware real news folks are jailed for long terms for posting news other than what they want the outside world too think.

Looks good Kristijan, did you get set up for charco making at your new place. ?

Thats only if we can believe any news from china,

I spent 18 months in Tiawan a little over a decade ago now. I do believe the news out of Tiawan it matches up well with my own personal experiences in that country.

Thanks dan i gess they must be shakeing the flue through quarentine distanceing, and cleaning surface stuff.

Yes l made a charcoal pit in the ground and made some char with it real quick and easy, but unfortunaly that char was useless for a gasifier. Stones and dirth crumbled in with the char. It was used up mixed with bedding in the barn. Shuld produce good compost next year.
Plan now is to make 2 similar metalic pits.