Ok, So my dad has decided to clean house and leg go of some of his garage treasures.
First thing up is a set of three Electrac E-12 electric lawn tractors. One is complete and running except the batteries, the others are mostly complete parts machines. One has had rodent damage of the wiring. These were made by General Electric, and run from golf cart batteries. Also a large snowblower he started converting to work on one of them. 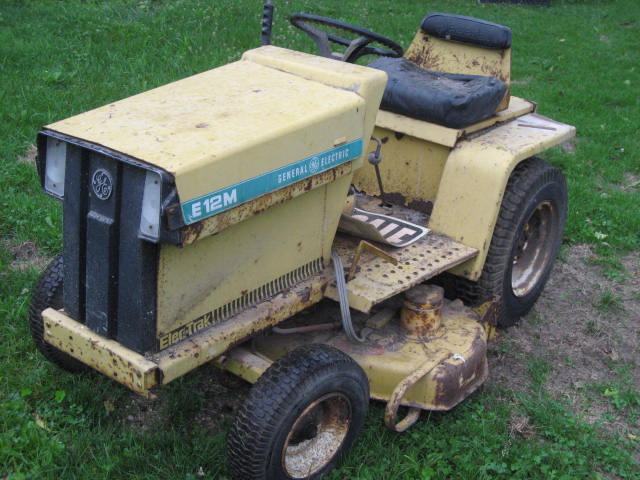 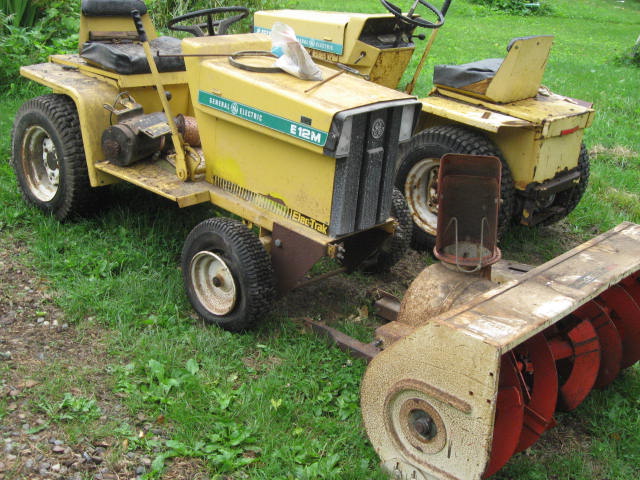 I don’t have enough discretionary money atm to make an offer though.

May be open to interesting trades too. You just never know.

Next up on the block is an electric slug bug project. This was from the mother earth news plans of the 80’s Hybrid electric of sorts. 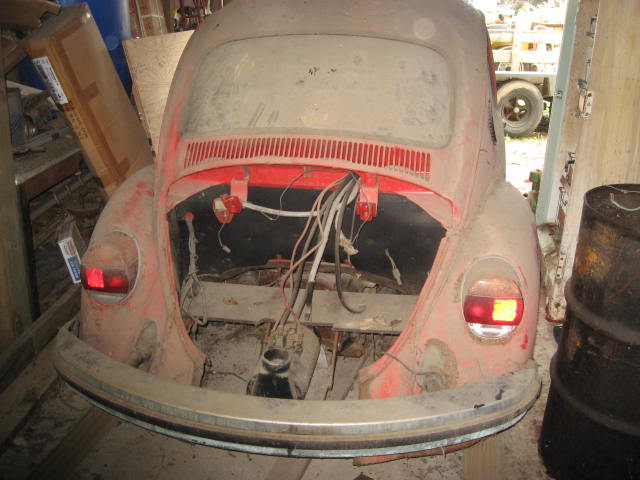 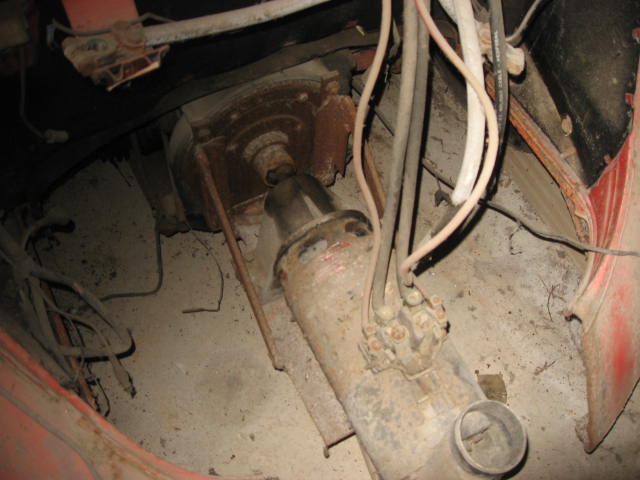 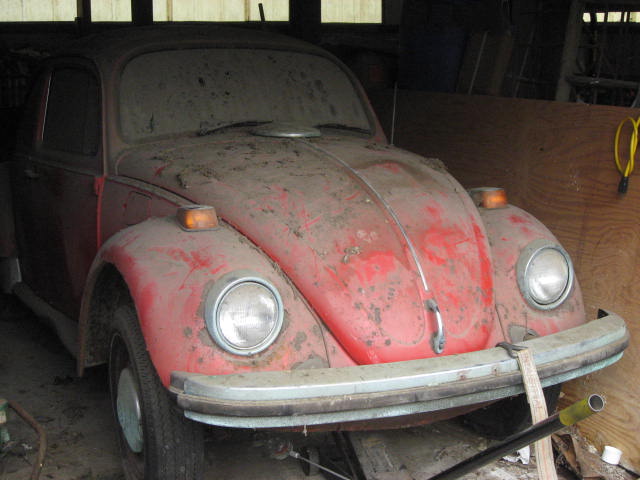 Does the bug have a title ? ? I could see a gas producer sticking out of the front hood.

Chip off the old block.

What year do you need a title in PA? In Alabama you do not need a title for a vehicle that is at least 35 years old. Do you know the year of the car?

Andy, do you have any ideas on prices for this stuff.?I am interested in the mower and possibly car…I would have no idea what to offer…How complete is the car project?

I believe he does have a title. I’m not sure of the year, but I can find out later. I’m not sure how complete. I know the drive motor is mounted to the trans. there is a new 5 hp tecumseh and generator mounted under the front hood. Looks like some of the wires are connected to the drive motor, but other than that, I think wiring needs finished. I believe there is an SCR motor controller that comes with. Currently the brakes are all frozen, and had to drag it out of the garage. Dad didn’t give me prices, but I was thinking about $1200 for the bug. Or trades. Tractors about $150 each or say $350 for all. These are just starting points, so throw something out there and I’ll see if I can make it happen. I just want these to go to somebody who will do something with them.

Billy, In PA a title is needed for anything unless your building it from scratch.

Andy, how solid is the frame/pan ? I’m not sure if I would convert back to ic engine or do the hybrid super capacitor thing. I doubt that I would be interested in the garden tractors because I have an idea for a design that doesn’t depend on donor parts.

I havent really crawled under to investigate, but a casual peek looks pretty good. Next time I go over I’ll give it a better look.

I am glad your soo far away I would be too interested in more projects that I can’t afford right now. Hope they go to a good home.

I never thought about a Bug conversion. I doubt the logic of a charcoal/electric/battery or super capacitor conversion. Since the engine is gone, maybe a charcoal gas producer and one of those HF two cylinder ic engines in it. But I have to keep my nose to the grind stone on Dad’s project for two to three months. It hurts to have to travel for work. Maybe Billy would have more time to pick it up. Thanks for posting this!

Ok, so the bug is a 1974 model. I took a better look underneath and the floor pan looks nice and solid.
More stuff coming soon.
The tractors have really nice 36 V motors. Supposed to be equivalent to a 12 horse gas, but what does that really mean? I have An extra drive motor for the snow blower too.

I want the tractors but there’s a lot of things I want that I can’t have. If I had my battery bank that is where I would store them

Self propelled battery bank? I thought about that with my golf cart, but then I’d burn up my days supply of energy just playin.

Any of the engine parts left from/for the bug ?

If someone shows up before me make the deal. OK if Billy gets it. If it is still for sale two or three months from now and I can flat tow it I would like to buy just the bug. You would keep the motor, generator, controller and etc. I doubt that it would fit on my 10 X 6’ trailer. Is the back trunk lid missing?

I would repower it with some kind of industial engine. Maybe a constant velocity clutch V-belt. Could have a jack shaft near the trunk lid. Just open the back hood/lid and hook up the PTO… Honestly, the last thing I need is another project ! !

I have the trunk lid. You may notice in the picture that a part of the skirt? has been cut out for the motor clearance. I guess you could run your pto shaft out there.

I had two the these elec-trak mowers a few years ago and gave up on them when the controls went bad. I also had the snowblower and arc welder from elec-trak to go along with them. I also retrofitted a garden tiller with a 36 volt motor and tilled a large garden with that and a 30 foot cable back to the Elec-Trak mower. My wife didn’t like them as much as the John Deere 90 riding battery mowers. I sold them and the new owner put in a golf cart speed controller and a PV solar panel array to charge them and uses them all the time. They are setup to run on 36 volts so it is sort of hard to find an inverter to get the power out.

There is a website and forum for these tractors which might be a better place to sell them.
http://www.elec-trak.org/
The picture on this website is the model I had with the 4 foot mower out front.

Thanks for that link george! I’m not sure what kind of golf cart controls they are using. the old golf carts I’m familiar with are pretty simple and reliable. Either a set of relays or a heavy duty mechanical switch with sets of heavy wire resistors.